UPDATE Dec. 8, 1:05 pm Gregg just told met that the venue had to cancel the gig today because of electrical issues. We may reschedule for NEXT Sunday.Watch this blog! 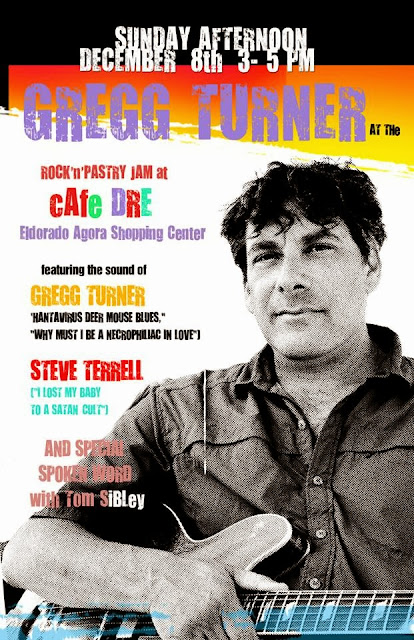 I'm going to be busy this Sunday, with two radio shows and a performance with my Angry Samoan pal Gregg Turner. 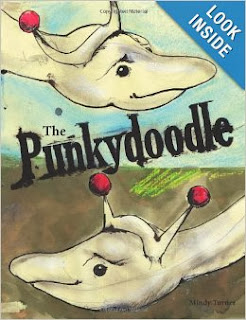 Once again I'll be subbing for Tom Adler on Folk Remedy on KSFR. I'll be playing the strange and wonderful sounds that made America great (mostly old hillbilly, blues and gospel sounds of the 1920s and '30s. That's from 8 a.m. to 10 p.m.

Then I'm heading out to Eldorado where I'll be doing a short set with Turner -- the first time we've played together since our Jean Cocteau gig in September. This will be at the Cafe Dre in the Agora shopping center.

Gregg's wife Mindy will be there to autograph copies of her new children's book The Punkydoodle. Tom Sibley will do some spoken word.

Then I'll end my day back at KSFR, where I'll do my regular Terrell's Sound World. That starts at 10 p.m.

That's a long day of musical entertainment. Hope to see you at Cafe Dre.