A version of this was published in The Santa Fe New Mexican
Dec. 6, 2013 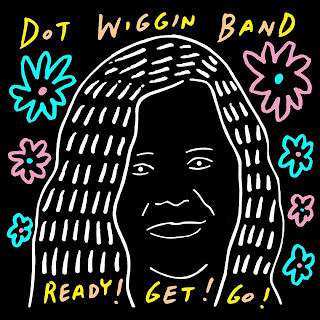 When listening to Ready! Get! Go! by The Dot Wiggin Band, it might be helpful to realize that it all started with a palm reading.

The Gypsy woman — actually, it was his mom — told Austin Wiggin of Fremont, New Hampshire, that one day he would have daughters who would be in a famous band. And verily, he had daughters, four of them.

In the mid-1960s, when the girls hit their teens, Austin bought them guitars and drums, told them they were going to be a band, ordered them to rehearse hours and hours in the basement, named them The Shaggs, and, in 1968, way before the girls actually thought they were ready, took them to a Massachusetts recording studio. What came out was an album called Philosophy of the World. It wasn’t a monster hit. In fact, it never had a chance.

According to Shaggslore, the president of their “record company” made off with 900 of the thousand copies they had pressed. The Wiggin family just assumed the whole endeavor was a flop. When Austin Wiggin died in the mid-’70s, The Shaggs broke up.

But somehow Philosophy of the World lived on, its strange charm spreading like a secret. Frank Zappa allegedly said Philosophy was his favorite album and, though I’ve never been able to find the original source of this assertion, claimed The Shaggs were “better than The Beatles.”

Terry Adams of NRBQ was so blown away when he heard them that in 1980 he persuaded Rounder Records to give Philosophy a proper rerelease.

Basically, the music was too crazy to die.

It was like a strange language spoken only by the Wiggin girls. Dot and Betty Wiggin sang all the songs in unison and not always on key, assuming they were using traditional Western scales. Dot’s lead guitar basically followed the melody of the song, while Helen Wiggin’s drums sounded like urgent tribal messages from a different universe. Their vocal phrasing was “unique.” And the lyrics were sweet and guileless — earnest songs about their parents, boys they were crushing on, Halloween and their cat Foot Foot. 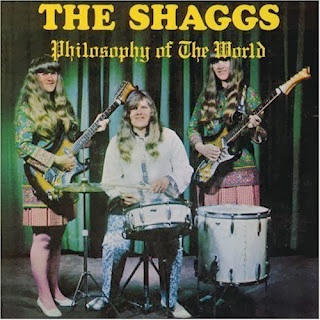 At the urging of NRBQ, The Shaggs had one brief reunion around the turn of the century. The Wiggin sisters were less than enthusiastic about trying to make music for a living, but somehow, Dot Wiggin, known in her private life by her married name, Semprini, let New York musician Jesse Krakow talk her into fronting a new band and recording a new album — her first time in the studio in decades.


True, Ready! Get! Go! is far more self-aware than The Shaggs’ original recordings. And Krakow assembled a bunch of actual musicians for the group. So even though you can’t say the record is overproduced, some of the primitivism of Philosophy of The World is missing (though drummer Laura Cromwell of The Vivian Sisters often seems to be channeling the insane rhythms of Helen Wiggin, who died in 2006).

The music might remind you of late-’80s/early-’90s bands like Half Japanese or Beat Happening. But the songwriting on the new album is pure Shaggs. Some of the songs were written back in the day. One of them, “My Cutie,” appears on the 1980s compilation Shaggs’ Own Thing. The melodies meander down unexpected corridors. Dot is now in her 60s, but that doesn’t distract from the clumsy grace of her childlike lyrics.

Some of the best songs on the album deal with transportation. The first song, “Banana Bike,” concerns a girl who zips around on such a vehicle. Later, Wiggin sings about her secret outlaw life as a speed demon behind the wheel of a motor vehicle on two songs — “Speed Limit” and “Speed Limit 2.” The first is crazed, hopped-up garage rock; the second starts with sonic weirdness before slowing down into a sludge/grunge tempo. Someone hearing only the instrumental break in this song might think the Butthole Surfers are back.

My favorite love song here is “Love at First Sight”: Wiggin duets with Krakow. It starts off with a greasy sax solo and is driven by a one-finger piano. The melody is similar to that of the song “Philosophy of the World.” And though the pace is somewhat plodding, the deeper you sink into it, the more addictive it becomes.

The album ends with a cover song, the late Skeeter Davis’ “The End of the World.” The selection isn’t surprising considering that The Shaggs had a fondness for pop country. (Shaggs’ Own Thing includes the Wiggin sisters’ versions of songs like “Paper Roses” and Tom T. Hall’s “I Love.”) Davis sang “End of the World” as if losing a lover left her nothing to live for; Wiggin, as a mature woman, sings it with world-weary resignation, as if this is just her latest “end of the world.”

This track is one of the only places on the album where Krakow adds a truly un-Shaggs-like touch, a brief angelic Brian Wilson-esque vocal harmony flourish behind Wiggin in the final verse. Behind Wiggin and her limited vocal range, it sounds strange. But nobody involved with this album — including the listener — is averse to strange.

Something tells me this is a one-shot deal. In recent interviews, Wiggin hasn’t seemed like she’s overwhelmed by a thirst for fame. She’s still kind of amazed that people still remember The Shaggs and that so many strangers like her old music.

“I’m not making a whole lot of money, but basically I’m doing it for the fans that have stuck with us all these years, that we didn’t even realize that we had all these fans,” she recently told the Associated Press. “So, I figure if the fans have been there all these years for us, then I’ll do as much as I can, as long as I can.”

As a fan, I just want to say thanks, Dot.

Here's some videos. And be sure to watch all the videos in the “Dot Speaks” section of Dot's website.