Less than a full day after the capture of reputed Sinoloa drug kingpin Joaquin "El Chapo" Guzman, the narcocorridos are already starting to appear on Youtube.

Los Angeles Times reporter Sam Quinones blogged about the one below.

Quinones provided what he calls a "rough translation" of parts of the song. 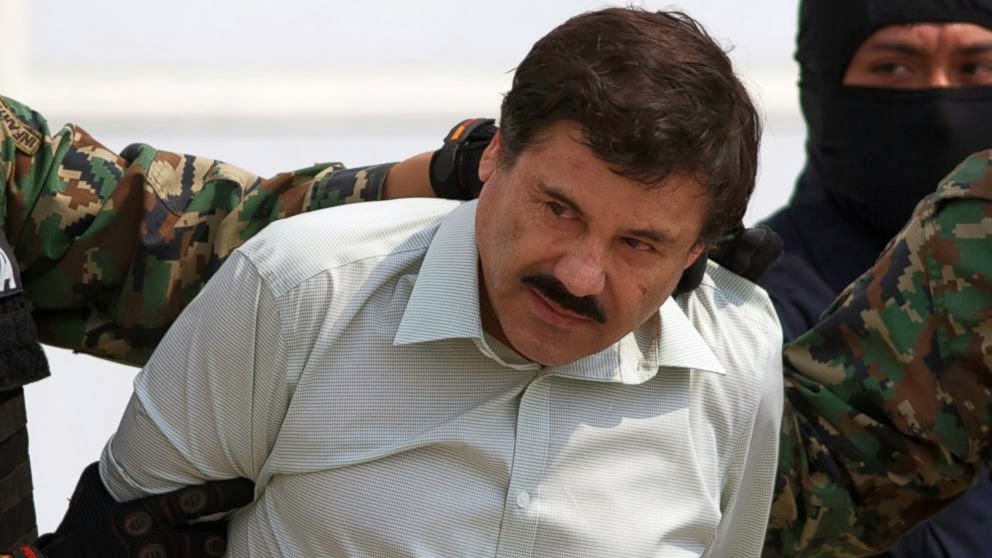 “When I heard the news that they’d grabbed Chapo Guzman …

I said it can’t be that the rooster is asleep.

He was the most wanted of the baddest guys in the world,

Captured in Mazatlan, by a corrupt government.

On the news we saw he wasn’t that concerned.

With the capture of Chapo, things won’t change.

Let’s see if he doesn’t surprise them, and he takes off again. …

Although I’ll be behind bars, he says, I’ll remain the king. …

Only he knows what he’s thinking.

But I assure you all that he has a lot of intelligence. …

I don’t know him, but it’s my opinion.

They say he helps people and has a big heart.

Although people may say something different, they know I’m right.

Many people are on his side and they won’t forget him.

The chain is long and this won’t be the end.


From this song it looks as if Chapo is going to be portrayed in Corrido Land as a Robin Hood who "helps people and has a big heart" and an enemy of a "corrupt government." It's not surprising. That's how he's been portrayed in corridos for years.


It's called the folk process, gentle readers. Where do you think Stagger Lee and Frankie & Johnny came from?

Then there's this one from the New York Times. (Here's THE LINK. I couldn't get it to embed on my blog.)

Thanks and a tip of the hat to my New Mexican colleague Uriel Garcia, who pointed the new songs out on his Twtter feed Monday morning.