A version of this was published in The Santa Fe New Mexican
Feb. 7, 2014 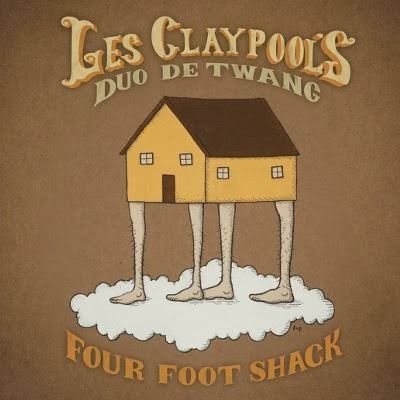 Has Les Claypool “gone country”? Not exactly. His new album, Four Foot Shack, credited to Les Claypool’s Duo de Twang, could almost be mistaken for “Primus Unplugged,” except for the fact that Claypool’s usual sidemen have been replaced here by guitarist Bryan Kehoe. The group even plays a couple of acoustic takes on Primus classics: “Jerry Was a Racecar Driver” and “Wynona’s Big Brown Beaver.”

Like Primus, Duo de Twang features Claypool’s bass as basically a lead instrument. Kehoe, reportedly an old high school buddy of Claypool’s, plays a lot of slide guitar. The only percussion is what Claypool calls a “mini-tambourine-doohickey” played via a foot pedal.

The duo originally formed to play the Hardly Strictly Bluegrass Festival in San Francisco. They definitely lived up to the “hardly strictly” part and then decided to make this album and do a small tour. (Alas, the closest they’re coming to New Mexico is Austin, during next month’s South by Southwest festival, and Snowmass, Colorado, in June.)

Too be sure, it’s obvious that Claypool likes country from 40 or 50 years ago. On this album you’ll find covers of Johnny Horton’s 1959 hit “The Ballad of New Orleans” (Claypool takes it, as Horton might have said, to places where a rabbit wouldn’t go) and Jerry Reed’s 1970 swamp-country masterpiece about a one-armed Cajun alligator hunter, “Amos Moses.” This is the second time Claypool has recorded “Amos.” Primus also took a crack at it on the 1998 CD Rhinoplasty.

While the Horton and Reed songs were big hits, Claypool also plows more obscure country-music ground. The duo does a version of “The Bridge Came Tumblin’ Down,” originally performed by Canadian country star “Stompin’” Tom Connors, who died last year at 77. The song has a good basic Johnny Cash chunka-chunka beat, with Kehoe doing some of his best slide work on the cut.

In many ways, Duo de Twang’s relation to country music is similar to what you hear on Merles Just Want to Have Fun, the album that Bryan & The Haggards and Eugene Chadbourne released last year. Both groups use C&W as a jumping-off place — before they jump into the sonic abyss. 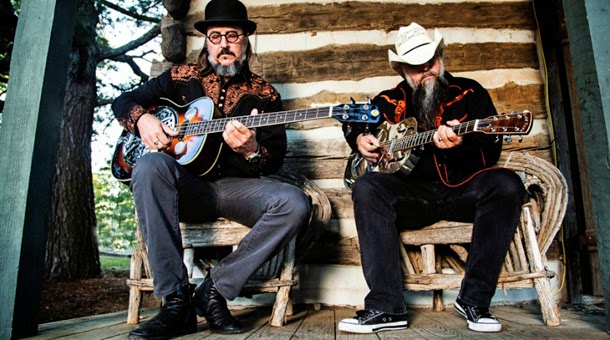 But no, even with these songs, you’re never going to see Duo de Twang on the Grand Ole Opry. And you especially aren’t going to hear Claypool’s “Red State Girl,” a near-metallic-sounding ditty about a woman with breast implants made of recycled bottles who “wants to grow up to be Sarah Palin” and is fortunate enough to meet a young man with a tattoo of the Budweiser frogs (as well as a naked picture of the former Alaska governor, or so Claypool says).

As Claypool has shown with Primus and his many side projects, he loves wacky covers of a wide variety of songs, and despite the band’s name, most of the covers on this record are not from the world of country. On Four Foot Shack, he and Kehoe do a suave remake of the iconic surf instrumental “Pipe Line” (including “la la la” vocals on the bridge, where they sound like some lost battalion of the Russian army). The Duo makes Alice in Chains’ nightmarish “Man in the Box” even more nightmarish (with bluegrass mandolin). And the Bee Gees’ disco landmark “Stayin’ Alive” is transformed into an alien hoedown.

I still believe that Claypool’s most satisfying album is Primus’ Pork Soda, released more than 20 years ago. But even though this one doesn’t reach that level, it’s a doggone fun record. I hope that some staunch fans of acoustic roots music open their ears to it. 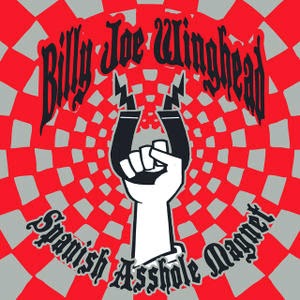 * Spanish Asshole Magnet by Billy Joe Winghead. No, Billy Joe Winghead is not a person. It’s a band name, like Jethro Tull. Fronted by singer John (not Jono) Manson, the band, from my hometown of Oklahoma City, plays raw, obscene, metal-edged scuzz rock. I hear echoes of The Dictators, Joan Jett, Nashville Pussy, and The Hickoids (hey, they’re on The Hickoids’ label, Saustex) but definitely not Jethro Tull.

Did I mention obscene? Yes, nearly every song is packed with lewd language that unfortunately will limit radio play. Too bad. There are lots of rocking and frequently catchy tunes here. The title song is a tale of decadence and perversion that name-checks Frankie Goes to Hollywood and lifts a riff from the Hendrix song the title parodies.

Songs like “Dayglo Blacklite,” “Devil’s Advocate,” and “Gravedigger” are hard-punching rockers, the latter with a melody inspired by The Runaways’ signature song “Cherry Bomb.” Meanwhile the ferocious “Okie, Arkie and Tex” sounds like a grittier version of Guns N’ Roses before that band sunk beneath our wisdom like a stone. Billy Joe proves they can actually play it pretty on “Lana Don’t Go,” which has musical allusions to The Shangri-Las, Phil Spector, and other ’60s teen-drama rock.

Billy Joe also does a version of “Planet of the Apes” by garage-punk idols The Mummies. The band does it justice, but it’s only the second-most-remarkable cover on this album. 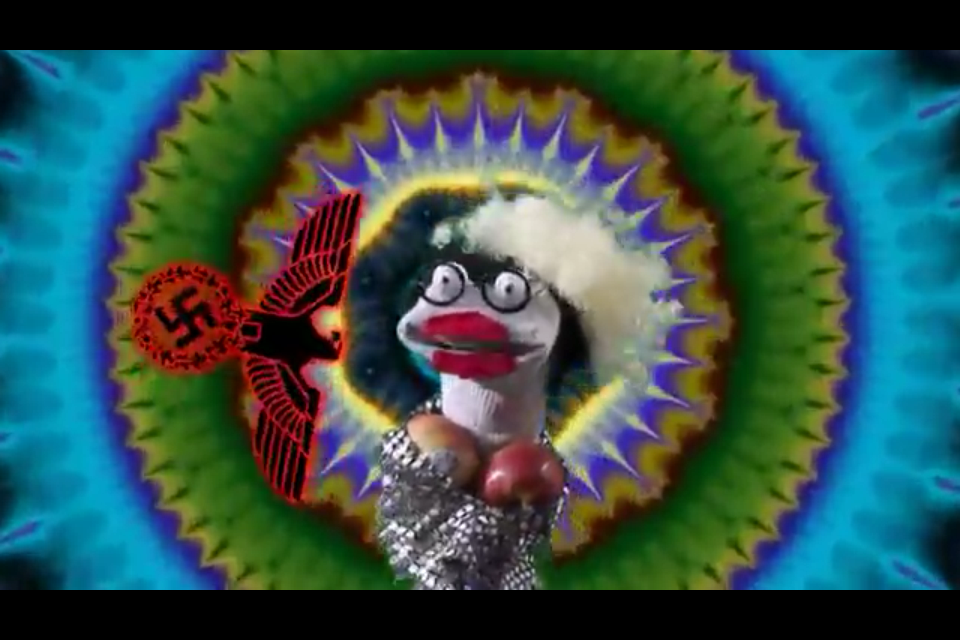 Without a doubt, the highlight here is the inspired medley of Broadway showtunes — I’m not kidding — that Billy Joe calls “Springtime for Argentina.” Yes, this is a combination of “Springtime for Hitler” from Mel Brooks’ The Producers and “Don’t Cry for Me Argentina” from Andrew Lloyd Webber and Tim Rice’s Evita. It’s a magical Okie punk-rock ode to a dictator and the wife of a dictator. The track becomes even more demented when you watch the video. It’s a crazed fascist puppet show that shouldn’t be missed.

This is followed by a slow, dreamy, synthy song called “With a Hate Like Mine.” After so much breakneck craziness from the previous songs, it might seem at first as if Billy Joe just ran out of steam. But as the six-minute song drones on with its iggly-squiggly computer effects and smoky atmospherics, it seems to transport a listener to a distant crazy dimension.