SOUTH BY SOUTHWEST DAY 2: The Show Must Go On

Although the city of Austin was still reeling from the shocking police chase that ended with two people dead on Red River Street the night before, the band played on -- in fact, hundreds, if not thousands bands played on Thursday night here in "The Live Music Capitol of the World."

I spent the evening (and early-morning hours) at one of the countless un-official shows that pop up during the festival. This was C-Boys Heart & Soul on South Congress Avenue, where I saw some inspired sets by Barrence Whitfield & The Savages, Bobby Patterson, and The Woggles.

Actually, earlier in ehe night I'd tried to get into The Continental Club down the street for some official, sanctioned sets by Tony Joe White and Dave & Phil Alvin. However, those with badges outrank those of us who only have wrist-bands in the SXSW pecking order at official shows. And there were so many badge holders, lowly wristband folks were left standing outside on Congress Avenue.

So I went up to C-Boys, where you don't need no stinkin' badges. And about 30 seconds into The Woggles, I'm glad I did. This is a latter-day garage band from Atlanta, which has been together since the early '90s.

Playing mostly, if not all original tunes, you can hear a little Count Five in The Woggles' guitar and aee a little Paul Revere & The Raiders in their moves. But mostly I hear echoes of Mitch Ryder & The Detroit Wheels in The Woggles' music. The foundation is upbeat soul.

I'd actually heard the singer of this band, who calls himself "The Mighty Manfred," a couple of days before on Sirius-XM Radio. He's got his own show on the Little Steven's Underground Garage channel, and, not surprisingly, he's got great music taste. 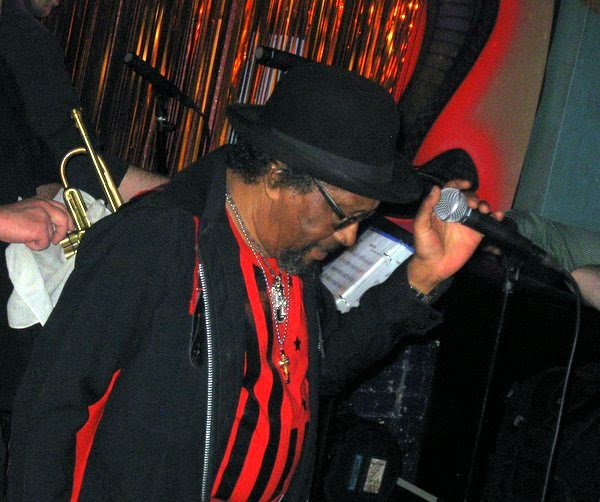 Next up was a veteran Dallas soul man, Bobby Patterson, who was celebrating his 70th birthday Thursday.

Patterson never was very famous as a performer. He was known mainly as a producer and a DJ. He produced records for Little Johnny Taylor, Fontella Bass and Chuck Jackson and he co-wrote a tune recorded by Albert King ("That's What the Blues Is All About.")

But his set, backed by a band that included a horn section, was lots of fun. At one  point he was joined onstage by Whitfield for a song I think is called "Upside the Head." 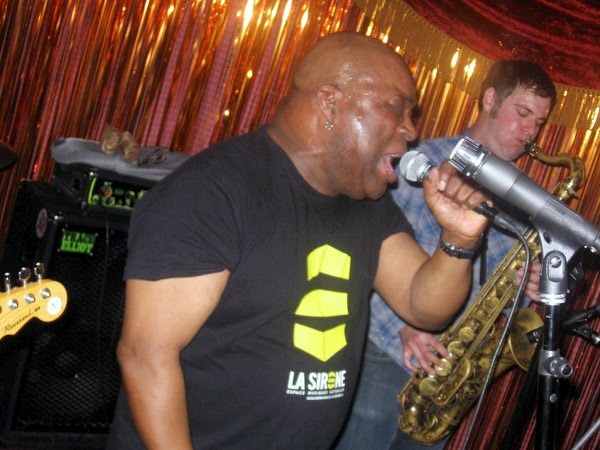 I'd caught the tail end of Whitfield's set at Antone's Records on Wednesday, and of course, I'd seen him when he played Santa Fe in 2010. But his C-Boys set was nothing like I've ever seen. Whitfield is one of those performers who benefits immeasurably from a large, charged audience. And that's what he had last night. I just hope the shows I see tonight are anywhere near as fine.