A version of this was published in The Santa Fe New Mexican
March.. , 2014 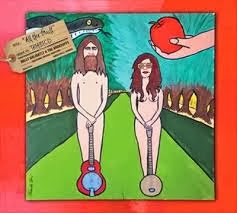 For the past several years, British-born singer Holly Golightly and her partner, "Lawyer Dave" Drake, have quietly cranked out some of the most enjoyable country-soaked, devil-fearing blues-inspired rock 'n' roll records you'll find anywhere.

Does that sound familiar? For rabid readers of this column it ought to. It's almost word-for-word the same thing I wrote just a little more than a year ago when reviewing Sunday Run Me Over, the previous album by Holly Golightly & The Brokeoffs. And their new album All Her Fault continues in that Brokeoff tradition.

Since her garage-punk days as a Billy Childish collaborator, (though she's better known for her one-off collaboration with The White Stripes on a throwaway song called "It's True We Love One Another" more than a decade ago) Golightly hooked up with Drake, moved to a farm in Georgia and evolved into this more rootsy, farm-fresh sound.

There are no major surprises, no major changes on the new record. "I’m not looking to achieve something that hasn’t been achieved before,” Golightly said in the press bio for this album. “We just what we do. The songs are really all that changes.” And that's all right by me. To be sure, there are certain differences on All Her Fault. I think I'm hearing a little more vocals from Lawyer Dave in the mix. And there definitely is more piano. But no radical makeover. After all, when you make music this righteous (in their wickedly irreverent way), this spot-on enjoyable, why feel compelled to reinvent yourself?

The album kicks off with "SLC," an enthusiastic putdown of the capitol of Utah. "Why you wanna go out to Salt Lake City? ... You ain't gonna have a good time." It only makes me wonder who wanted to go to Salt Lake City in the first place ... And why? You might even argue that someone who plays slide guitar as well as Lawyer Dave does on this tune probably could have fun anywhere.

And this album is nothing if not fun. They make fun of phony Nashville cowboys in "Bless Your Heart" and praise an eccentric neighbor in "King Lee."

"1234" sounds like an otherworldly gospel stomp, with Holly and Dave singing in unison over a sinister sounding carnival organ. This is followed by " Don't Shed Your Light," which with a melody and arrangement that would fit in perfectly on one of Levon Helm's last few albums, is one of the couple's trademark gospel-for-unbelievers tunes. It's not as obvious as when they sang a song with the refrain "We need a lot Less of Jesus and a lot more rock and roll" on Sunday Run Me Over, but it's coming from the same sardonic spirit.

Come to think of it, Holly Golightly might just be the Queen of Sardonica as evidenced in at least a couple of songs here.

"The Best" is a sweet country waltz, but the lyrics tell of a love gone well beyond sour. "I am empty and broken, that's what you said ... There is no happy ending, you know I speak the truth / This is the best I can be ..."

But the duo also shines when they get sincere. They prove that on "Pistol Pete," a song about a rescue horse that the couple adopted. "They thought that they could break him, but he broke them all instead / And anyone who tried him wound up crippled, blind or dead. ... He was troubled and they called him Pistol Pete."

There are fewer cover songs on All Her Fault than on the last album. In fact, the only non-original song on the new one is the blues classic, "Trouble in Mind" -- which was written in 1924 by Richard Jones and first recorded by a singer named Thelma La Vizzo, and later by Louis Armstrong with Bertha "Chippie" Hill, Bob Wills & The Texas Playboys, Sister Rosetta Tharpe, Sam Cooke, Johnny Cash, Nina Simone, Marianne Faithful (for a 1985 movie of the same name).

I don't think the Brokeoff's take on it ranks up there with these. But Holly and Dave make a good stab at it. And I do believe that the sun's going to shine on their back door someday. 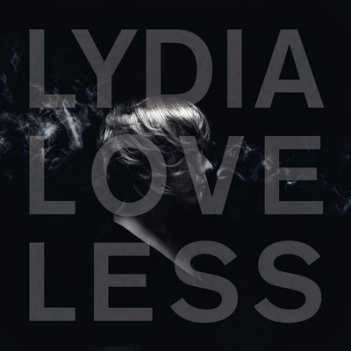 * Somewhere Else by Lydia Loveless. In the first song on her new album, ("I Really Want to See You Again") Loveless finds herself coked up at some party and calling an ex-boyfriend who now is married. She admits that sometimes she was "such a bitch" and "so insensitive" (as if calling a married guy is "sensitive") but now she just really wants to see him and tell him all the things she should have said back then.

It's not a healthy situation, but it sounds disturbingly real. And, in her short career, being disturbingly real has been Loveless' strong point. Her mostly first-person songs indeed are confessional. But her spitfire voice and rocking little band -- sounding less country, despite that steel guitar on the title song, than her previous full-length album Indestructible Machine -- not to mention her blunt, sometimes profane lyrics, prevent her from sounding like some generic annoying neo-Joni Mitchell female singer-songwriter.

In "Verlaine Shot Rimbaud" she longs for love so crazy and intense that it leads to gunfire. In "Chris Isaak" she sings about an old boyfriend: " When I was 17 I followed you around with my head jammed way up your ass / Oh , what I wouldn't give to still be able to conjure energy like that ... "

And in "Head," let's just say she reveals the best way to get to her heart.

But perhaps the most gut-wrenching song here is "Everything's Gone," which is about her family moving out of the home she grew up in. If I ever get back to where I live ... I'll find a rich man's house and I'll burn it down."

As good as she is now, it's sometimes hard to fathom that Loveless is only in her early 20s. Somehow I think she's got years of great songs ahead of her.

Here's a Holly Golightlightly & The Brokeoffs live performance from a few years ago: