A version of this was published in The Santa Fe New Mexican
March 21, 2014 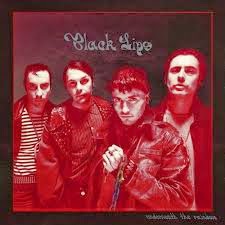 I guess I shouldn’t be surprised that “Drive-By Buddy,” the first song on Underneath the Rainbow, the new album by The Black Lips, has a hint of country twang. After all, the Lips, garage-punks or “flower-punks” (their own label) that they are, covered Willie & Waylon’s “Mamas Don’t Let Your Babies Grow Up to Be Cowboys” a few years ago.

No, this isn’t a country or “alt-country” album, by any means. In fact, on closer listen, the guitar riff of “Drive-By Buddy” sounds a lot like George Harrison playing “Honey Don’t” or other Carl Perkins songs in those early Beatles years. (I read another review that compared it with the guitar riff of The Monkees’ “Last Train to Clarksville.” That works, too.)

But the Southern roots of the Georgia-based Lips are much more apparent here than on previous efforts. When they sing “we’re hanging on a broken T-Bird hood” in the refrain, it sounds like good redneck fun — probably more than it would be in real life.

You can hear these roots in the bouncy “Justice After All,” with its Neil Young guitar hook, and you can even hear it in the jittery mutated early rock ’n’ roll sound of “Dorner Party,” which is about spree-killer rogue cop Christopher Dorner.

You can especially hear the South in the slow, menacing “Boys in the Wood,” a song Lynyrd Skynyrd might have done had Ronnie Van Zandt survived that plane crash. The lyrics tell of moonshine, mayhem, vehicle theft, and a harrowing backwoods world that’s part Deliverance and part Thunder Road.

“His ghost lives in the trailer/It was his foster home/Pall Malls and an inhaler/His girl’s nagging on the phone/The pain his body’s feeling/Will leave you accident prone/Cause the car he was stealing/Drove to the unknown.”

Another cool thing: The Black Lips’ official video, full of violence, sex, and debauchery, is actually worthy of the song. Check it out below.

While this is not a concept album by any means, there does seem to be a common thread running through several tunes — jail and running from the police. “Waiting,” for instance, has a verse about getting paranoid about cops while driving on the interstate. “Smiling” deals directly with a night singer Jared Swilley spent in the slammer. If somebody ever makes a punk-rock version of The Dukes of Hazzard, they’ll have to get The Black Lips to do the soundtrack.

Some say that Underneath the Rainbow is the most polished Black Lips album to date. Actually, I think some people said the same thing about their previous album, the Mark Ronson-produced Arabia Mountain.

Truth is, you can detect some not-so-subtle touches by Patrick Carney, the drummer of The Black Keys, who produced most of the tracks here. For example, the electro bass sound on “Dandelion Dust,” a hard-edged boogie, is right out of The Black Keys playbook. Other tunes were produced by Tom Brenneck, the guitarist for Sharon Jones’ Dap-Kings and the New York Afrobeat group The Budos Band.

“Polished” is a relative thing. For the most part, The Black Lips, except for a few moments when they get sucked in too far into the Black Keys dimension, retain the slop, fury, and dumb jokes that made me love them in the first place.

They prove this with the scary-sounding “Do the Vibrate,” complete with wolf howls and an almost metallic “Rock Lobster” guitar riff. Beneath the threatening atmospherics, the song is actually about an alternative use for cellphones. 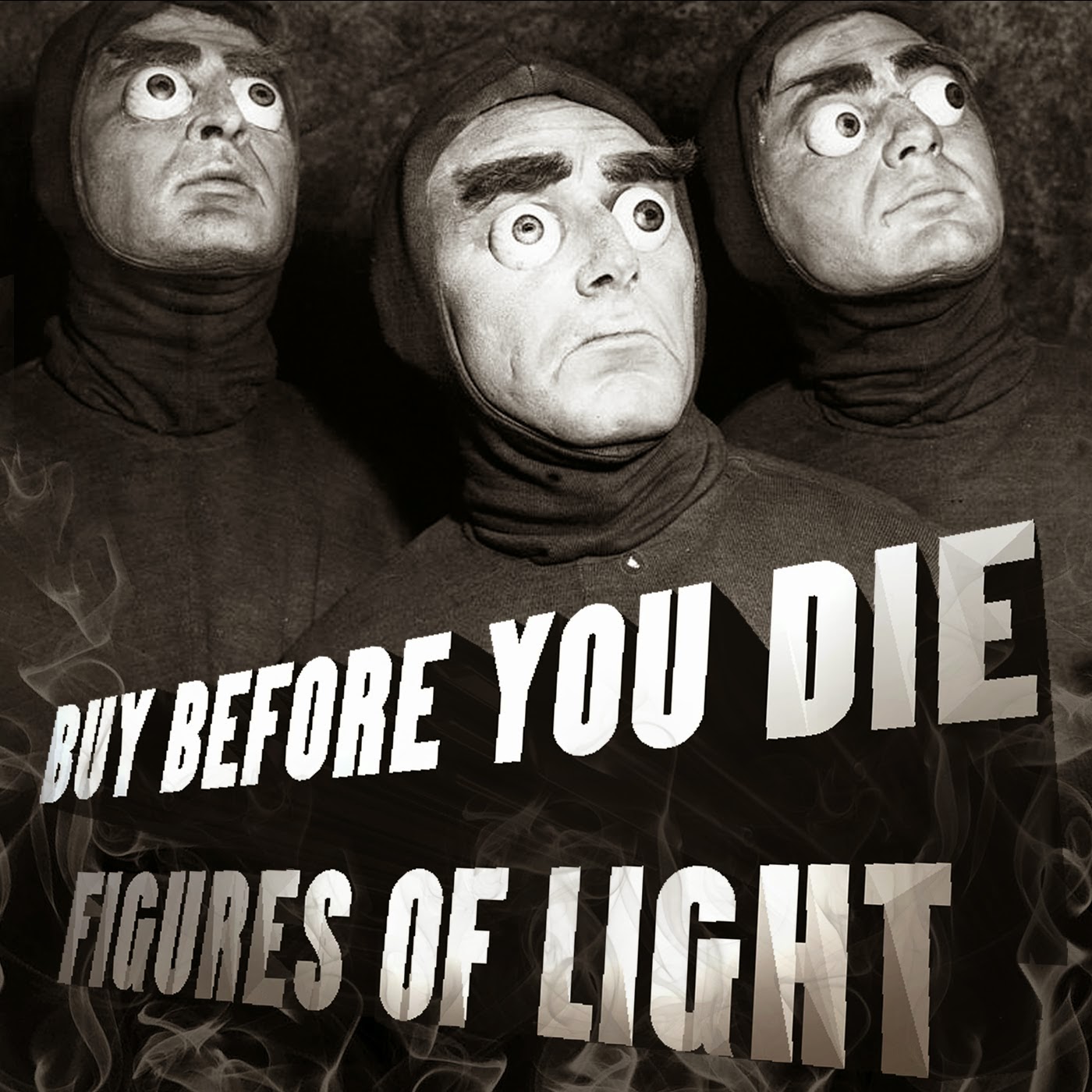 * Buy Before You Die by Figures of Light. As an old rocker myself, it’s always enjoyable to see a band that faded away decades ago get a second breath and start rocking again. That’s definitely the story of Figures of Light, a pre-punk group that never came anywhere close to achieving the fame of The Stooges or The Velvet Underground, but they were right there in New York City in the early’ 70s, smashing TV sets onstage and cranking out raw, screeching, feedback-filled guitar rampage with sardonic, angsty lyrics.

The Figures hung up their rock ’n’ roll shoes before the end of the Me Decade. But they rose again in 2008, when they were rediscovered and reconstituted by Norton Records. Singer Wheeler Winston Dixon and guitarist Michael Downey made a couple of fine albums with Norton (Smash Hits and Drop Dead), keeping their basic rough-edged sound, but apparently that only whetted their appetites.

In the past year or so they’ve self-released several EPs of new material, including one of my favorite FOL follies, a “country” song (though actally they don't even sound as "country" as The Black Lips) called “Too Many Bills, Not Enough Thrills” as well as a compilation called Lost and Found, which included rarities, remixes, and even a screaming death-metal cover of their first “smash hit,” “It’s Lame,” by a band called Belladonna & The Decimators.

But Buy Before You Die is definitely the best thing Dixon and Downey have done since Drop Dead. It’s only seven songs long, but every one of them is a doozy.

All the selections are sandwiched between songs lampooning mindless consumerism: the title song (”You’re buying this, you’re buying that/You’re getting stupid, dumb, and fat.”) and “A Word from Our Sponsor,” a phony ad in which the band plays a Velvet-like musical backdrop as Dixon shills for some unspecified surreal, horrible-sounding food product (ingredients include rabid squirrel meat, dehydrated cow’s head, old coffee filters, toothpaste, and insect repellent).

Maybe that’s how the narrator of “Swollen Colon Lament,” another song here, ended up with his condition.

While the above-mentioned songs feature the basic up-tempo minimalist guitar rock the Figures do so well — as does the rockabilly-influenced “Pauline” — some of tracks here are, well, pretty. “Killers From Space” has breezy, jazzy chords. “The Winter of Our Discontent” is slow minor-key number with a spooky tremolo guitar. And “Streets of Rain” is a minor-key dirge with strong bass and lyrics about hopelessness.

I hope Dixon and Downey keep at it, because they’re only getting more interesting. .