A version of this was published in The Santa Fe New Mexican
April 18, 2014 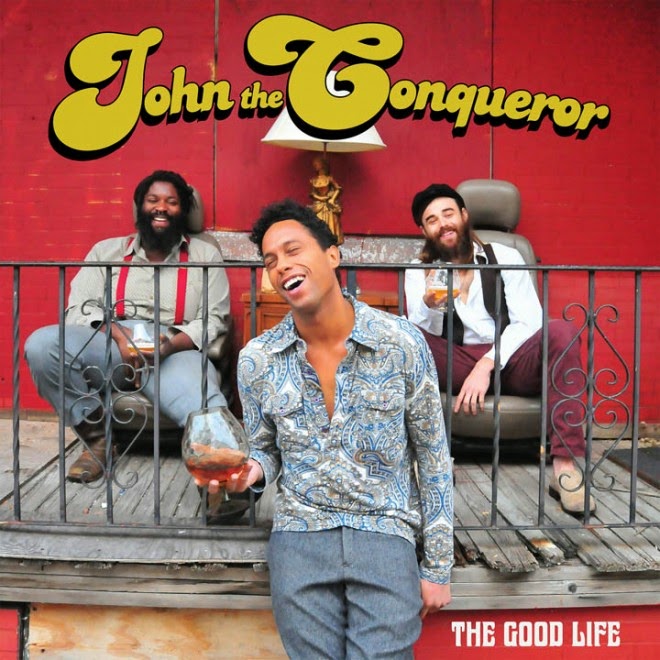 You might think that the name of the band John the Conqueror, whose new album The Good Life I've been enjoying lately, sounds familiar.
As a matter of fact, anyone who has ever heard Muddy Waters or the endless supply of lesser mortals sing "Hoochie Coochie Man" has heard the phrase "High John the Conquerer" (or, sometimes, "Conqueroo").

But unless you're somewhat acquainted with the ways of the hoodoo, you might not realize what exactly that is.

So before we get into the music, let's have a little lesson in culture.

There's a reason Muddy mentioned High John in the same breath as his black cat bone and his mojo in that song. Here's what Papa Jim, a San Antonio mail-order voodoo merchant (and, according to some of his old catalogs, "a true man of God"), has to say on his website about the "Hi John the Conqueror" root: 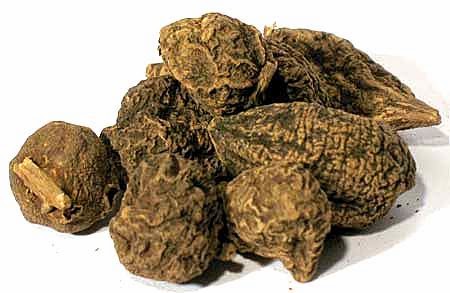 * The most famous of all Voodoo roots. Carry with you at all times to help remove and conquer all obstacles in your path.

* Carry in a green bag for good luck, money drawing and power over others. Anoint daily with John the Conqueror Oil.

* Attract a specific lover by carrying this root and a lock of hair from the one you desire in a Red Flannel bag anointed with Attraction Oil.

* A fantastic good luck charm when kept in your pocket while gambling.

* Carry in your pocket to offset moods of depression and confusion.
THIS HERB IS NOT SOLD FOR THERAPEUTIC, MEDICINAL, OR COSMETIC USE, AND IS NOT TO BE CONSUMED.

That last line has to be for the benefit of the Food and Drug Administration.
So who was High John, for whom this root is named? Zora Neale Hurston wrote that he was an archetypal trickster found in myth and folklore. According to an essay in Hurston's collection The Sanctified Church, John started out as "a whisper, a will to hope, a wish to find something worthy of laughter and song. "

However, he soon became "a man in full, and had come to live and work on the plantations, and all the slave folks knew him in the flesh. ... Old Massa couldn’t know, of course, but High John de Conquer was there walking his plantation like a natural man. He was treading the sweat-flavored clods of the plantation, crushing out his drum tunes, and giving out secret laughter."

Like Jimmy Dean said, "It's hard to get the best of a man named John."

So it's a whisper, a man, a root, a magic charm, and now a Jimi Hendrix-influenced, blues-soaked rock 'n' soul band from Philadelphia, whose members are young enough to be Muddy's grandchildren and have roots in Mississippi. That's a strong claim to stake, but deep in the grooves of The Good Life, I hear some real potential — not to mention some good drum tunes and secret laughter.

The band is fronted by a singer, guitarist, and songwriter named Pierre Moore. Along with drummer Michael Gardner, he moved from Oxford, Mississippi — first to Atlanta, where they were in an " Afro-punk" group called The Slack Republic — before moving to to the City of Brotherly Love. They hooked up with bassist Ryan Lynn to form John the Conqueror. Their self-titled debut album was released in 2011.

For the new record, J the C added the bassist's brother, Steve Lynn, on keyboards on some tracks. But that's not the biggest change I hear in their basic blues-rock attack.
Moore's songs are stronger than they were on the first album. In an interview with That Music, Moore said that every song here comes from "a personal story of ours." And just about every story is interesting.

He writes what he knows, and he seems to know a lot about drinking, drugging, sex, and being a troublesome kid. In the stories he tells, Moore often presents himself as a modern variation on the trickster/hero archetype, perhaps a contemporary Hoochie Coochie Man. He doesn’t actually tell tales of voodoo, though in his guitar you can here echoes of Hendrix’s “Voodoo Chile.”

On “Golden Rule” Moore sings about being an unruly kid testing the boundaries of his strict mother. “I picked up a cigarette butt and my butt got the belt,” he recalls. Mama warns, “I brought you in this world, and I’ll sho’ 'nuff take you out/if I ever see another cigarette hangin’ out your mouth.” But that’s not the only time he faces the wrath of Mama. One day she leaves work early: “She opened up my door and found a naked girl in my room,” he sings.

That’s not the only naked girl we encounter on this album.

In “She Said,” a song about cocaine, Moore sings, “just met this girl and I not know why she’s naked lyin’ on my floor.” And on the cautionary tale “Daddy’s Little Girl,” it’s not his mama that Moore has to worry about. “When you mess with Daddy’s little girl you’re gonna see/Just how crazy that man can be.” It’s a slow-moving, minor-key song with Moore’s stinging guitar and Gardner’s drums building the tension throughout.

There’s even more youthful debauchery in “Mississippi Drinkin’.” Moore sings that he and his his friends were boozing it up in some field. “It seemed like a good idea until our downtown party went downhill.” One dumb kid pulls a gun out of his pocket, but luckily he doesn’t hit anyone when he shoots it. Later, Moore and cronies are drinking in some juke joints. “Well, it’s cheap enough I ended up wearing nothin’ but my boots.”

Moore wrote all the songs but one — a cool, rocking cover of Randy Newman's "Let's Burn Down the Cornfield." This might be the best Newman cover since Joe Cocker bellowed out "You Can Leave Your Hat On" all those decades ago.

I can’t guarantee that this incarnation of John the Conqueror will bring you luck in gambling or romance, but I can see how it would be a darn good soundtrack when you’re setting out to do those things.

Here's J the C doing a live version of "She Said"