A version of this was published in The Santa Fe New Mexican
April 4, 2014 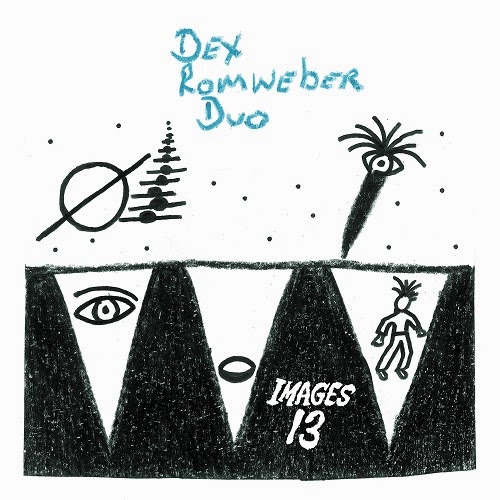 The Dex Romweber Duo — singer/guitarist Dex and his sister Sara on drums — are back with another rocking album, blending all the musical elements that make up Dex Romweber’s vision — rockabilly, country, surf music, blues, avant-garde spook-show soundtracks, jazz, and show-stopping sleazo-profundo ballads.

Like the North Carolina natives’ previous albums on Bloodshot Records, Images 13 is a minimalist affair. For the most part it’s just Dex and Sara, though some tunes are augmented by guests, including a couple of North Carolina musicians: Mary Huff of Southern Culture on the Skids and Melissa Swingle, late of Trailer Bride and The Moaners.

Though I believe he’s done some of his best work during the past few years with the Duo, Dex probably is best known as the frontman for Flat Duo Jets — another rockabilly-fueled two-person band that was active in the '80s and '90s. The current Duo probably isn’t as frantic as the Jets were. But that wild spirit still remains. Dex said in a recent interview that his sister is the best drummer he’s ever worked with. And I believe him. She’s getting more impressive with each album.

The album starts out with a metal-edged rocker called “Roll On.” That’s followed by “Long Battle Coming,” a hopped-up, doom-laden, minor-key stomper. Then comes “Baby I Know What It’s Like to Be Alone,” a pensive tale of a loner who sounds as if he’s about to crack and roams the street at night. A listener isn’t quite sure whether the singer is stalking the woman he’s singing about. The lyrics are vague but more than a little creepy: “The tombstone mind watching the street sign/I hope to find you there/At night in my neighborhood I stroll around/the snow fallin’ on the ground.” 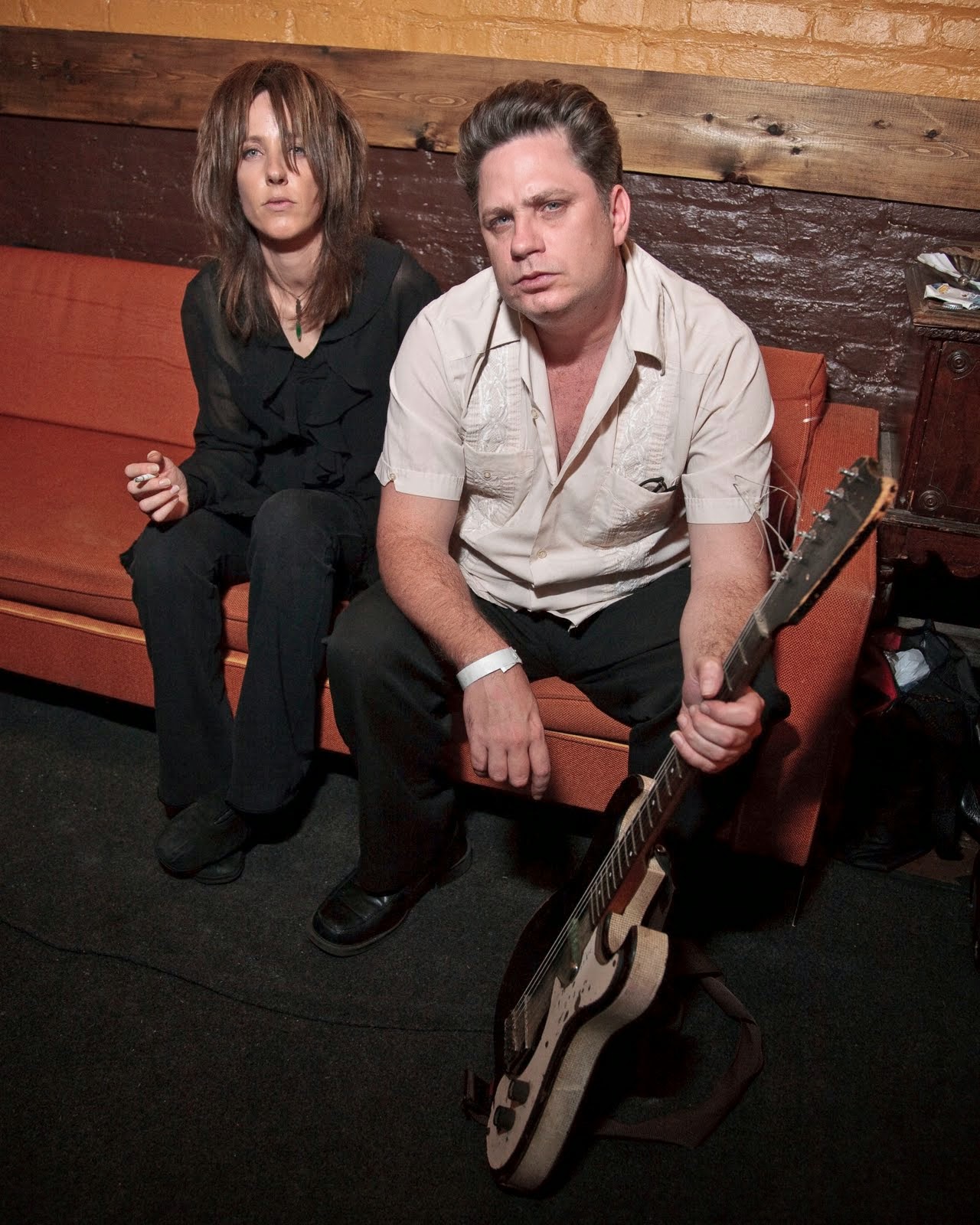 "So Sad About Us" is an obscure song by The Who, but the Romwebers perform it as an uptempo, jangly folk-rocker that wouldn't have been out of place on an album by The Byrds or The Beau Brummels. That’s Huff singing background harmonies here.

Dex shows his country/rockabilly chops with "Beyond the Moonlight," in which the only percussion is snappy handclaps. Another country-sounding tune is "One Sided Love Affair." That’s a Johnny Burnette song — though I had to check the credits, because I could have sworn that it was something Nick Lowe had written. On this version, the duo actually is just Dex and his acoustic guitar.

But the Romweber songs I love the most are the slow, intense ones. The best one of these here is "I Don't Want to Listen," a slow dance that sounds like it came from a sock hop in hell. That's also the case with the soulful "We'll Be Together Again." Dex’s crooning is especially powerful on this song, which was co-written by Jackie DeShannon and Sharon Sheeley for Sheeley’s boyfriend, rockabilly great Eddie Cochrane, who died in a car crash in 1960.

The album includes four instrumentals, which is probably too many (I'd rather just hear Dex's voice more), though each one is enjoyable. "Prelude in G Minor" is a noirish little number, on which Sarah proves her worth on the drums. It's followed by "Blackout!," which sounds like a close cousin of the Peter Gunn theme. Here the duo is joined by a horn section. "Blue Surf" is a fast, furious surf tune. And then there's the aptly-titled "Weird (Aurora Borealis)," which features Swingle on musical saw. It’s from the soundtrack of the supernatural TV drama One Step Beyond from the late '50s and early '60s. 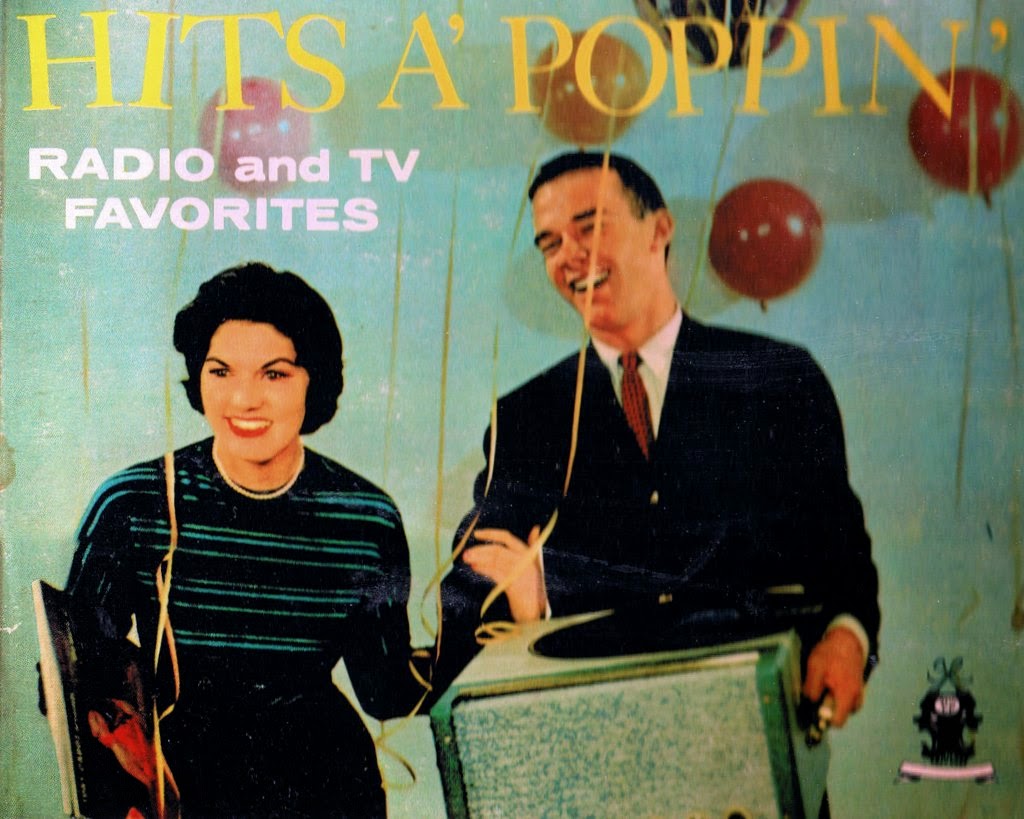 While digital versions of Images 13 can be found wherever music downloads are sold, there’s one nifty surprise that makes it worth opting for the CD version. That’s a piece of art inside the CD package, a reprint of an album cover from one of those campy teen-hop compilation album covers — the kind you find these days at Goodwill. This one is Hits A’ Poppin’: Radio and TV Favorites. (You can find a used copy of this 1957 record on Amazon for $10.) What makes this relevant to Dex and Sara Romweber is that the young dark-haired woman holding a bunch of LPs on that cover is their mom, whose is also named Sara Romweber. It seems rock 'n’ roll is in the Romweber blood.

Check out a podcast with Dex Romweber playing some of the music that’s influenced him, with songs by Johnny Cash, Eddie Cochran, and Tav Falco, and more obscure sounds, including some bizarre pipe-organ music. 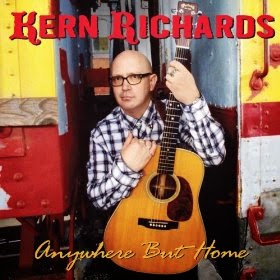 * Anywhere But Home by Kern Richards. This is a collection of tough-minded roots-rock tunes by a singer-songwriter from southern California with a deep, ragged, world-weary voice who sings from the gut and writes from dark regions of his soul. He’s a former Orange County punk rocker who was in a band called Pig Children. His sound is softer now, but it still hits hard.

The first song that grabbed me by the throat here is “Prison Town.” With an arrangement and a guitar hook that reminds me of Steve Earle’s “Guitar Town,” Kern sings about living in a place where the main industry is the corrections system and “the air’s so thick I thought I’d drown.” In this town, everyone seems like some sort of inmate. “Saw prisoner’s kin with broken lives/where guards all braggin’ they beat their wives/It’s only pain that makes us sound/There ain’t no love in a prison town,” Richards growls.

The ravages of liquor is a theme that pops up in various tracks. The title song starts out with the line “Monday drunk in Barstow, Tuesday couldn’t care/Wednesday night, sick with fright and headin’ for nowhere.” And “Alcohol Dreams” starts off, “Woke up standing against a bar somewhere, time was standing still.” And, of course, it gets worse: “If the bartender could read my mind, man he’d call the police/They’d put me in a straitjacket, nobody here would sign my release.”

Richards shows a glimpse of dark humor on the blues-rocker “Down on Blues,” which starts out, “I got a job, I hate my job. I got a girl, she hates me.” Later he complains, “I’ve got swine flu, I’ve got jungle rot/Ain’t no disease exist that I don’t got.”

Richards is backed by a highly capable band that includes former Santa Fe resident Tony Gilkyson, (who’s picked his guitar with Lone Justice, X, Chuck E. Weiss and others) and John Bazz of The Blasters. The album is on a label run by Stevie Tombstone, who knows a thing or two about dark, mournful roots sounds. All in all, it’s an impressive solo debut album by an artist who deserves a wider audience.