TERRELL'S TUNE-UP: The Kind of Music That Made Me Love Country In the First Place

A version of this was published in The Santa Fe New Mexican
May 2, 2014

If you miss good old-fashioned honky-tonk male-females duets — the he-said, she-said storytelling of George Jones and Tammy Wynette on "Golden Ring"; the sexually charged barbs between Johnny Cash and June Carter on "Jackson"; the sweet teasing between Loretta Lynn and Conway Twitty on "You're the Reason Our Kids Are Ugly"; the breathtaking harmonies of Gram Parsons and Emmylou Harris on "Hearts on Fire" — here's a new album that proves the art form isn't dead. 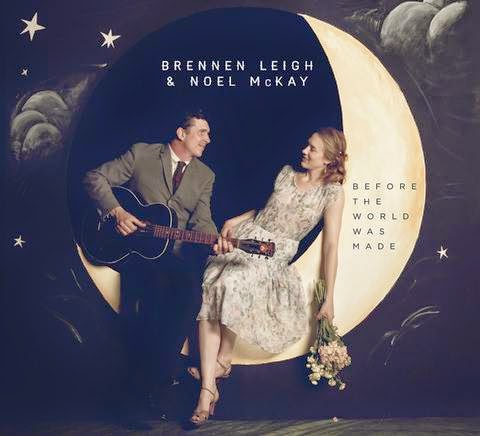 Before the World Was Made is the name of the record, and Brennen Leigh and Noel McKay, both of whom split their time between Austin and Nashville, are the singers. And as with those venerated duos of old, virtually all their songs are full of heartache, humor, and spunk. Though the music honors the time-honored form of the country lovebird duet, the songs here — all original and most written together by Leigh and McKay — are fresh. Producer Gurf Morlix, who also plays some pedal steel and lap steel here, keeps it nice and simple, nice and country.

This is the second album of country duets involving Leigh that I'm familiar with. Back in 2007, she teamed up with Texas honky-tonker (and Rob Zombie crony — but that's another story) Jesse Dayton on an excellent little album called Holdin' Our Own and Other Country Gold Duets. That was a collection of mostly original tunes, though there was a liberal sprinkling of covers, among them versions of "Back Street Affair," "Take Me," and "Long-Legged Guitar Pickin' Man."

There are some real standouts on Before the World Was Made. The first one to grab me was "Let's Don't Get Married." After each singer declares undying love for the other, the chorus goes, "Let's don't get married, let's stay in love ... 'Cause what we have is just too good to go and mess up with all that stuff." However, just a couple of songs later, both Leigh and McKay are begging for holy matrimony on "Be My Ball and Chain." McKay pledges, "I'll hold your purse while you try on dresses." Leigh responds, "I'll clean up all your little nasty messes, if you'll be my ball and chain." She just wants him to "meet me at church and don't 'cha be drinkin'."

"Before We Come to Our Senses" is a classic hillbilly Romeo and Juliet, "We love each other even though our parents say we're bad for each other" song. As they contemplate running away to elope, Leigh sings, "My daddy says you're a no-good so and so, and you come from a long, long line/of good-for-nothin's, never even learned how to earn themselves a worn-out dime." McKay responds, "My mama says your folks are the kind who treat everybody real mean and they walk around town with their noses in the air like they think they was king and queen."

Meanwhile, "Let's Go to Lubbock on Vacation" sounds like it might be about the same couple, still married, a few years down the line. "This city life has got me in a panic/You've got to take me somewhere more romantic." Apparently, Lubbock is the answer. "Then we'll know we're really in love."

"Please Reconsider" is a straightforward, yearning plea that sounds like something Felice and Boudleaux Bryant would have written for the Everly Brothers 50-some years ago. Leigh and McKay go Hawaiian on "Salty Kisses in the Sand." (That's McKay on the ukulele.) The album ends with an acoustic song called "Great Big Oldsmobile," about a couple growing old together. "When you're 92, know that I'll still wanna fool around in the afternoon with you," Leigh sings. A touching thought — just don't think about it too much.

I do believe that several of the tunes here could have been bona fide C & W hits back in the day. One thing is for certain — it's songs like this that made me love country music in the first place. 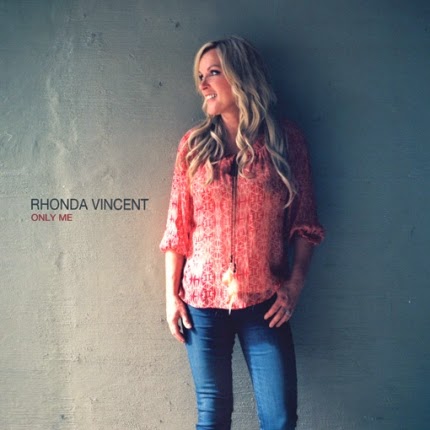 * Only Me by Rhonda Vincent. Speaking of material that made me love country music in the first place, this album is nothing short of a doozy by a talent that deserves wider recognition. Vincent has to be one of the most undeservedly under-recognized musicians in Nashville today. Starting out in the world of bluegrass, she has a pure, beautiful voice, and she's not afraid to wail. She also knows her way around a mandolin.

This album is divided into two six-song discs (needlessly, because everything would have easily fit on one). The first is a bluegrass set — acoustic, with only traditional instruments — while the second is country. Both discs are full of impressive tunes.

The best bluegrass tracks are "I Need Somebody Bad Tonight," a sweet weeper in which Vincent explains, "'cause I just lost somebody good"; "It's Never Too Late," a song about a wife-killer winning redemption through Jesus; and a duet with Daryle Singletary on "We Must Have Been Out of Our Minds," an old Melba Montgomery song that she recorded with George Jones in the pre-Tammy days. Not quite as strong is the title song, featuring guest vocals by Willie Nelson and guest guitar by Willie's trusty Trigger.

The second disc, the country one, features steel guitar, electric guitars, and drums instead of banjos, etc. It starts off with the only Vincent original on this album, "Teardrops Over You," a good, slow cry-in-your-beer tune. It's also got a rousing cover of the country classic "Drivin' Nails," written by Jerry Irby and made famous by Ernest Tubb. There are not one but two songs written or co-written by "Whispering" Bill Anderson, both sweet honky-tonk sawdust-floor shuffles, "Once a Day" and "Bright Lights and Country Music."

"Beneath Still Waters," a steel-heavy weeper written by Dallas Frazier, is nothing short of stunning. This tune was recorded by George Jones back in the '60s. While it's virtually impossible to match Jones' voice in his prime, Vincent truly does it justice with her simple, guileless approach. I bet Jones would have loved this version.

Country lovebirds: On The Santa Fe Opry, I'll be playing an entire set of country duets, including some classics as well as more recent offerings. That's 10 p.m. Friday, May 2, on KSFR-FM 101.1, streaming HERE