TERRELL'S TUNE-UP: Pixies -- Damned If They Do

A version of this was published in The Santa Fe New Mexican
May 9, 2014 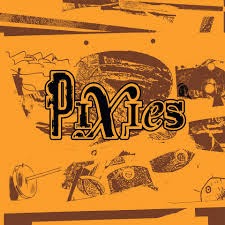 I pity the poor Pixies.  For all those years since they reunited in the early part of the 21st century (after breaking up more than a decade before that), their fans, myself among them, thought it was wonderful that Kim Deal, Joey Santiago, David Lovering, and Black Francis were back together singing their hits (a relative term in the realm of indie rock) from back in the day.  But wouldn't it be great if they actually started writing new songs, making new music together — before they turn into to a self parody, playing lifeless versions of "Wave of Mutilation," "Gigantic," and "Monkey Gone to Heaven" to sleepy casino crowds.

Lo and behold, they did just that. (Well, three of the four did. Bassist/singer Kim Deal left the band last year.) But the reaction to the new album, Indie Cindy, has ranged from blah to vicious.

"There's something un-Pixielike about that tentativeness ..." writes Dan LeRoy of Alternative Press.

"The most surprising thing about Pixies' first album in 23 years is that it holds so few surprises ..." says The Independent's Andy Gill.

Meanwhile, writing for Paste, Stephen M. Deusner snarls that the album "represents either an act of masochistic bravado, a display of stark determination, or — and this is the worst option — an act of blindered ignorance."

Cole Waterman of Pop Matters sighs, "In many ways, it regrettably falls in the bin of most reunion albums, being a dispatch from a band that is still technically capable, but should have just left well enough alone."

You can't win for losing. You're damned if you do, damned if you don't. Insert your own cliché.
I hate when the jackals of criticdom close in on musicians I love. But I must admit that many of the points expressed above are good ones.

It's true that even the best songs on Indie Cindy aren't up to the ridiculously high standards The Pixies set for themselves in the mid '80s. And it's true that many of the songs here are overproduced and fussy, with too many flourishes of techno. Some songs sound like third-rate Bob Mould outtakes.
And it's true that if you're a hopeless Pixies geek and got the three EPs the band released during the past few months (I bought two of the three), you already have all the songs on this album. A 13th tune, the "bonus" track "Women of War," one of the better rockers here, is available as a free download on their website. 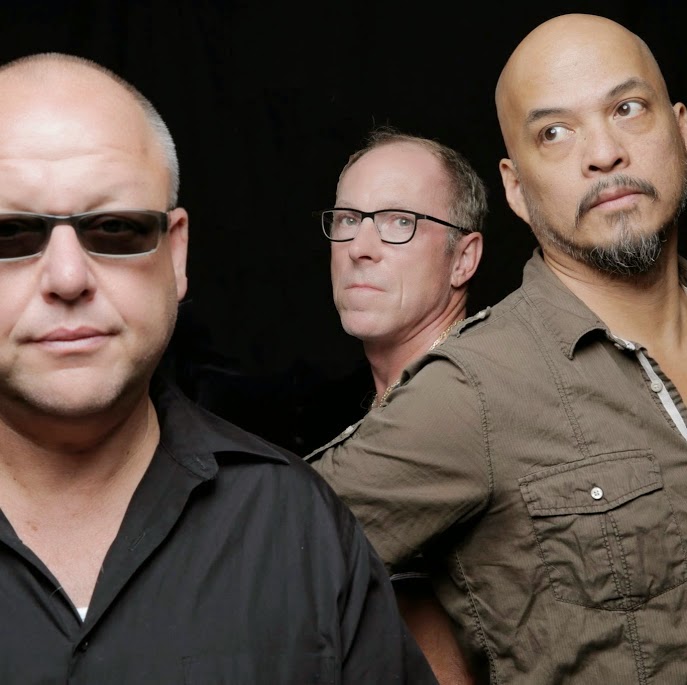 But old-time Pixie fans shouldn't dismiss this album offhand. There are some healthy demon babies splashing around in the bath water of Indie Cindy.

The first song, "What Goes Boom," lives up to its title. It starts with a metallic guitar roar but somehow wanders into a sweet melodic chorus. The lyrics are built around some inspired Black Francis horndog gibberish: "I like that slinky little punky, little bit funky/Itty bitty chunky right there/Little bit lippy, a whipped cream hippie/Zip and unzippy and I want her." The song also has shout-outs to Ringo Starr and Chet Baker.

"Greens and Blues," is the newest Black Francis alien tune, and, with prominent acoustic guitar strumming, it's gorgeously catchy. "I said I'm human, but you know I lie/I'm only visiting this shore ..."

While some complain that "Ring the Bell" sounds too polished for its own good, what I hear is Francis' not-so-secret Brian Wilson influence hanging out for all to see. (Remember, he covered Wilson's "Hang On to Your Ego" on one of his early solo records.)

The title song uses lots of tried-and-true Pixies tricks – herky-jerky changes, fast/slow, minor key/major key, harsh/mellow, sweet crooning and wacko ranting: "Put this down for the record," Francis dares you. "It's more or less un-checkered/Wasted days and wasted nights/Made me a [expletive] beggar/No soul, my milk is curdled/I’m the burgermeister of purgatory."
At the moment, my favorite song is "Blue Eyed Hexe," a stripped-down stomper with audible chunks of shameless refried glam rock. (There's even some cowbell.)

To riff on one of the song titles, by releasing Indie Cindy, the Pixies have put a toe in the ocean. I just hope the sharks that ripped into it don’t scare them away from jumping in again. 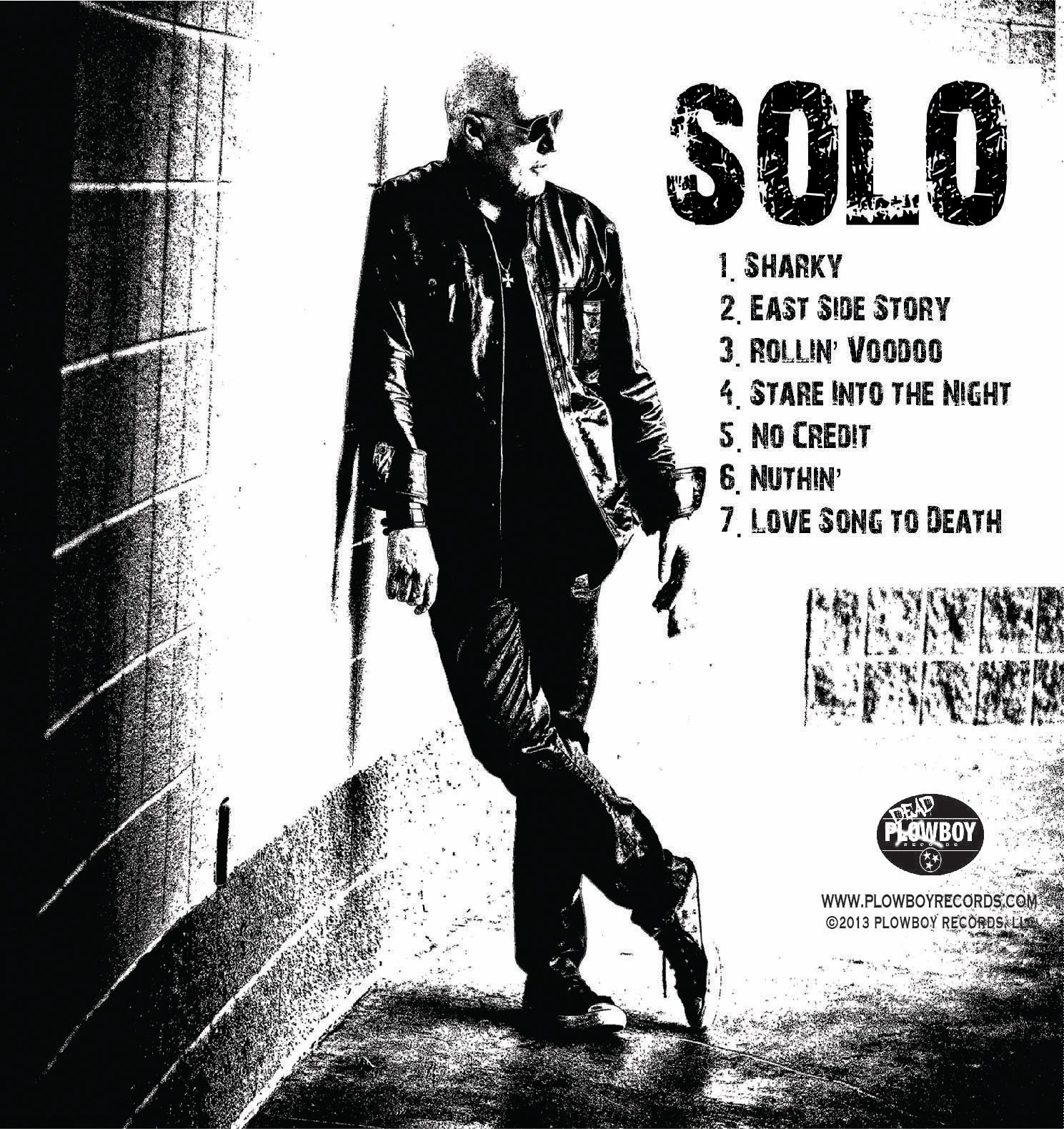 * Solo by Cheetah Chrome. Gene O'Connor, better known in the mists of punk-rock lore as Cheetah Chrome, is the fierce guitarist whose work with The Dead Boys — and, before them, Rocket From the Tombs — helped define the basic sound of the genre. He's the guy behind "Sonic Reducer," for the love of Elvis! He deserves eternal love, respect, and gratitude from anyone claiming to be a rock 'n' roll fan for that alone.

But even though he's been on the fringes of the music biz for about 40 years, Solo is Cheetah's first solo studio album. (He did a live one, Alive in Detroit, back in 2000. Some of Solo's songs are found there, too.) And it's not really an album, just a 7-song EP. But that's just about my only gripe about it. There are some great tunes here.

The material on this record comes from two major sessions: Three tracks are from a 1996 (!) session in Woodstock, New York, produced by Genya Ravan (she also produced the first Dead Boys album, Young, Loud and Snotty), while others came more than a decade later, from sessions for The Batusis, a bitchen little one-off "super-group" featuring Cheetah and New York Dolls guitarist Syl Sylvain.

The record starts off with a tasty little instrumental called "Sharky." Cheetah's ragged voice comes in with the next number, "East Side Story." The jangly guitar in this song is much closer to folk-rock than to "Sonic Reducer," but the lyrics paint some harsh scenery.

"There's a devil in my left ear, there's an angel in my right/and there's a ghost in my face daring me to dive/got a junkie inside me who wants to get high/got a dead man inside me who didn't want to die."
It probably won't shock anyone familiar with the Chrome story that some of the songs here deal with heroin addiction. In "Nuthin'," he spits, "For all of my life I wanted to be, more than just another junkie out on Avenue C."

But a cheetah belongs in the jungle, and that’s where he heads in “Rollin’ Voodoo,” a menacing, percussion-heavy workout complete with “woo woos” straight out of “Sympathy for the Devil.” Bo Diddley and Screamin’ Jay Hawkins would probably be jealous, but I think deep down they would approve.

and here's a guitar lesson from Cheetah Chrome