Usually in this column I write about new, or at least recent albums.

But this week I’m going to try something different and write about a bunch of new — or at least recent — songs.

* “Drone Operator” by Jon Langford & Skull Orchard. For centuries, going back at least as far as “When Johnny Comes Marching Home,” there have been anti-war protest songs written about the warriors themselves, portraying scared and lonesome soldiers barely hanging on in the hellish environment that is war.

The drone campaigns in all the various theaters in this "war on terror" are designed to, as Langford sings, “stem the flow of body bags the politicians find so hard to explain."

As the narrator (and title character) explains, “I’m not really a soldier. I’m more likely to die/By car wreck or cancer/or that eye in the sky.” No, he’s not dodging bullets or improvised explosive devices. He’s just another guy at the office, complaining about the traffic on the way to work, drinking coffee, and when the workday’s done having a beer and watching some basketball with his co-workers.

“Yeah, I’m a drone operator. I am part of the team/While I study my monitor, wipe some dust from the screen." Of course, things don’t always go smoothly: “It didn’t look like a wedding. It really wasn’t my call.”

Being so far physically removed from the drone he’s operating seems to play with the narrator’s psyche, though. At one point in the song, he declares, “I’m like a god with a thunderbolt sitting on a big white cloud.”

And by the end of the song, it’s clear that he’s in a bar bragging about his work to some prospective paramour. And apparently he’s thinking of other uses for the drone technology beyond fighting the evildoers: "In through your window. You’ll never know./You’ll never know. I’ll follow you home.”

After a near-metallic guitar blast that kicks off the song, “Drone Operator" turns into a gentle, lilting song with a melody that somehow reminds me of a lost Fred Neil song from the early '60s. Langford is backed by an angelic chorus featuring Tawny Newsome and Jean Cook, who also plays violin.

Besides creating the best anti-war song I’ve heard in years, Langford (best known for his work with pioneering British punks The Mekons and insurgent country heroes The Waco Brothers) and director Hassan Amejal have created one of the most artful music videos I’ve seen in years, featuring a slightly different arrangement of “Drone Operator.” Check it out below.

* “Another Murder in New Orleans” by Bobby Rush with Dr. John. Whoever thought that a song that started out as a Crime Stoppers benefit could have so much soul?

Then again, no one would doubt that a Marvel Team-Up between the old chitlin'-circuit charmer Rush and the hoodoo-fried piano professor known as the Night Tripper would be anything less than soulful.

It’s true that Rush and Dr. John (backed by a tight little blues unit called Blinddog Smokin’) did this song to benefit the organization that pays cash rewards for anonymous tips that lead to arrests and convictions.

“When I heard the lyric, I thought, ‘You’re talking about New Orleans, my town?'” Rush told The New Orleans Times-Picayune last year. “Let me be a part of this. I want to be part of something to stop the crime.'”

* “Box of Pine” by Black Eyed Vermillion. It’s been nearly five years since this “underground country,” "punk-roots,” whatever band, fronted by Gary Lindsey (a former sideman of Hank 3, aka Hank Williams III), released its debut album, Hymns for Heretics.

I was beginning to give up hope on the gravel-voiced Lindsey. But now comes this song, an inspired collaboration with Stevie Tombstone (formerly of The Tombstones).

It's got a great video also:

* “Superstar” by Alice Bag. Here’s the best Jesus Christ Superstar cover since that golden era when the Afghan Whigs did a deadly version of “The Temple” and Scratch Acid performed a punked-up “Damned for all Time.”

Ms. Bag (Alicia Armendariz), best known as a singer with the first-wave Los Angeles punk band The Bags, posted this last month on her SoundCloud page as a free download, along with the message:  “This one goes out to all my homegirls from Sacred Heart of Mary HIgh School. Happy Easter.”

I didn’t attend any Catholic girls school, but back in my senior year at Santa Fe High, everybody was into Jesus Christ Superstar. My friend Jake even wrote an obscene version of this song about one of his teachers.

But I like Alice’s better, with its slow, funky groove.

But here's the bad news: The darn thing has disappeared from Bag's SoundCloud page. I'm lucky I downloaded this when I did. Oh well, at you can still find Alice’s moving version of “Angel Baby,” dedicated to her late sister, there. And I'll play "Superstar


* “That Lucky Old Sun” by Leon Russell. This song is from Russell’s new album, Life Journey. Written by Haven Gillespie and Beasley Smith back in the ‘40s, it’s definitely my favorite one on the record. 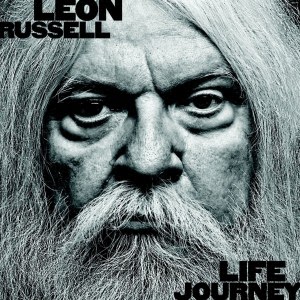 I’ve said it before. When I was just a grade school kid and heard Ray Charles’ version of this old Frankie Laine hit, it was one of the first times that music actually made me sad. Even a little kid could sense the sorrow and frustration through al the overblown orchestration when Charles sang, “I fuss with my woman and toil for my kids/Sweat ’til I’m wrinkled and gray.” It was the sound of a man going nowhere, and it was painful.

I still like Charles’ “Lucky Old Sun” best, though the lesser-known take by Jerry Lee Lewis, which was a true solo effort (unreleased until decades after it was recorded), just the Killer at his piano, is up there too.

But while Russell’s cover doesn’t displace those versions, it’s a noble effort and, like Russell’s best, it’s full of Okie soul. Greg Leisz’s subtle steel guitar adds some texture. But what gives it power is Russell’s voice, which is getting a bit ragged with age but full of emotion.

I couldn't find Leon's version, so you'll just have to settle for Ray Charles.

Ramblin' Tommy and his little pal Luke McLuke Happy birthday to a proto-rockabilly (he was more 'billy than rock), ...