Carrasco Plays the Plaza on Wednesday 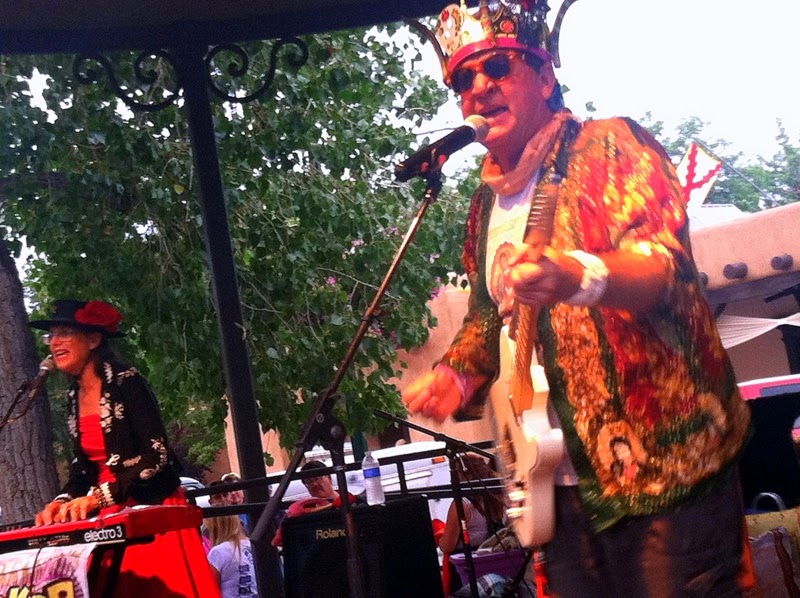 It's been two years since Joe "King" Carrasco played the Santa Fe Bandstand.

He'll be playing his crazy Nuevo Wavo music 7:15 pm Wednesday night on the Plaza. And like all Bandstand shows, it's free. (Or as I say on my public radio shows: "If you pay a penny, you've paid too much."

You haven't heard of Joe "King"? Check out my review of his album Que Wow HERE

And here's one recorded in Houston about a week before, a version of Question Mark & The Mysterians' classic "96 Tears": 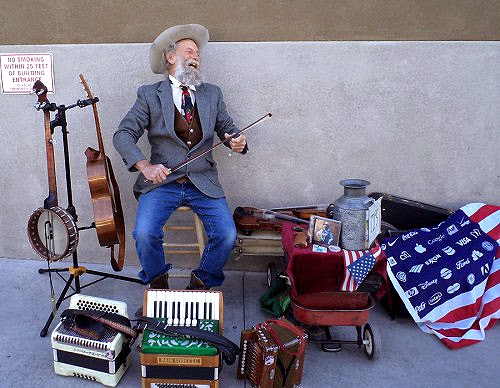 And speaking of bandstand, if you're down on the Plaza at noon today, check out J. Michael Combs, king of the buskers.