A version of this was published in The Santa Fe New Mexican
Aug. 1, 2014

When I read in the press release for NRBQ’s Brass Tacks that the band has been around nearly 50 years, I thought it was a typo. 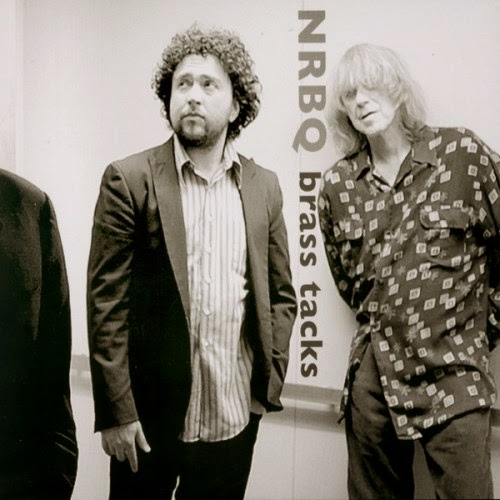 But it wasn’t. It indeed was the mid-1960s, back during the Great Society era, when Kentucky natives Terry Adams, a true keyboard kook, and guitarist Steve Ferguson met up with bassist Joey Spampinato and formed the band.

And though they didn’t produce any huge hits, in the years to come The Q established itself as a band for music lovers in the know — a group that would record albums with Carl Perkins, Skeeter Davis, and wrestling icon “Captain Lou” Albano; that could play Sun Ra-like jazz excursions, rootsy-bluesy rockers, and sweet McCartney-like melodies; and that championed outsider music like The Shaggs and song-poems.

Members came and went through the years, though for about a two-decade period the lineup of Spampinato, drummer Tom Ardolino, and guitarist “Big” Al Anderson, a part-time Santa Fe resident, endured. After Anderson left in 1994, Joey’s guitarist brother, Johnny Spampinato, stepped in, and the band played on for another 10 years.

The group broke up in 2004, after Adams was diagnosed with cancer. But he beat the disease and kept playing with a new, self-named group.

In 2011 The Terry Adams Rock & Roll Quartet reclaimed the name NRBQ. I was skeptical about this. Until recently, I didn’t even listen to the “comeback” album, Keep This Love Goin’, or the live album, We Travel the Spaceways, that followed. How could it be The Q without at least one Spampinato?

But just a few seconds into Brass Tacks and I realized I was wrong. I immediately loved it for the same reasons I loved NRBQ in the first place. Adams is still in great form, but new Qs Scott Ligon and Casey McDonough both sing and write some fine tunes. In fact, my immediate favorite on the album was McDonough’s country-flavored “Fightin’ Back” (“You know my name is Casey/But you always call me Jack”).

Other highlights are the snappy opening track, “Waitin’ on My Sweetie Pie,” which sounds like a cross between country and Caribbean music, “Greetings From Delaware” (an ode to credit cards with a chameleon melody that seems to switch from The Knack to Steely Dan and several shades in between), and “This Flat Tire,” in which tires on a car talk to one another in herky-jerky rhythm.

The band has long had a talent for creating songs that at first glance seem easy and lighthearted but on closer examination turn out to be at least somewhat twisted. Such is the case with “I’d Like to Know,” which sounds like it could be an outtake from The Beatles’ Rubber Soul. It’s a one-sided conversation between passengers on a bus or train. A listener assumes they’re strangers until the narrator sings, “By the way, I have seen you before/Mostly on Tuesdays and Fridays.” Stalker alert!

NRBQ has long been known for inspired covers, from the early days when they did a rocking version of “Accentuate the Positive” to their 2004 album, Dummy, where they turned the 1950 Sammy Cahn/Nicholas Brodszky tune “Be My Love” into a sweet country song. On Brass Tacks they make the Rogers and Hammerstein chestnut “Getting to Know You” a bouncy future NRBQ classic.

I’m just getting to know this latest configuration of NRBQ, but right now I’m hoping they last another 50 years. 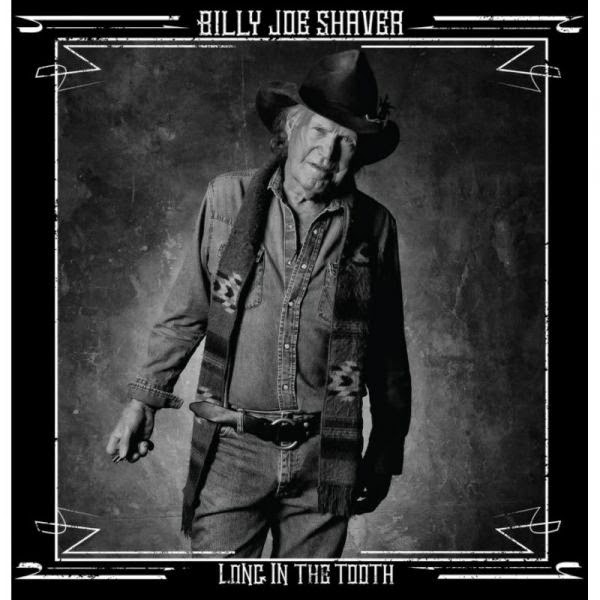 * Long in the Tooth by Billy Joe Shaver. This is a guy who could have rested on his laurels for the remaining years of his life just for his songs that Waylon Jennings covered on Honky Tonk Heroes back in the early ’70s.

Of course, resting on anything isn’t in Shaver’s nature — though he did take six years off between this and his preceding album, Everybody’s Brother. (He does have a good excuse for at least part of that time, standing trial for shooting a guy outside a bar in Waco, for which he was acquitted.)

Even though he’s getting “long in the tooth,” like the title says, at almost 75, he’s still writing some fine songs and singing like the tough old bird he is. “I’m still doing more than most men do,” he brags in the title song. He proves it here.

Few in his chosen profession could pack so many great songs into an album. The opening tune, “Hard to Be an Outlaw,” is the story of an old hell-raiser. He sings it with his old pal (and character witness) Willie Nelson — who includes this recording on his latest album, Band of Brothers. In the last verse, Shaver and Nelson put down the modern Nashville “outlaws,” singing, “They go and call it country, but that ain’t the way it sounds/It’s enough to make a renegade want to terrorize the town.” The chorus of the song starts out declaring, “It’s hard to be an outlaw who ain’t wanted anymore.”

This is followed by “The Git Go,” a minor-key state-of-the-universe address (with a dark harmonica by Mickey Raphael, Nelson’s longtime harp-tooter) in which Shaver laments politics, war, religious hypocrisy, and relations between the genders. “Money breeds war, as long as there’s a man alive/Rich kids go to college, and the poor kids fight/High-rollers crap out every time, roll a soldier’s bones like loaded dice/War is the beast that makes every mother cry.” (Nelson does his own version of this on Band of Brothers.)

That rich man/poor man dichotomy surfaces again in “Checkers and Chess,” where Shaver sings, “I learned all the rules to their game/Fair and square you play ’em, but you’re losin’ just the same.../Rich man gets the money, poor man gets the blame.”

Shaver gives us honky-tonk tunes, like the Johnny Cash-flavored “Music City USA” (“One Sunday evening found me Lord/In a corner booth at Linebaugh’s/Drinking black coffee and eating chili/Like Marty Robbins and Ernest Tubb”) and “Last Call for Alcohol,” along with a bluegrass-influenced “Sunbeam Special” and even a Tex-Mex flavored “American Me,” featuring Joel Guzman on accordion.

And the title song, which reminds me of some long-lost Ray Wylie Hubbard workout, features a crunchy, funky beat and Tony Joe White on background vocals. “Used to go bear huntin’ with a switch/Sleep all week with a Salem witch,” he sings.

I believe him. And I think her magic rubbed off.

One of the new tunes from NRBQ

Here's one of the classics (with the Joey, Tom and Big Al lineup)

A new one from Billy Joe


And here's some legal commentary by Billy Joe & Willie