Mustache on the Cabbage: A Music History Lesson


Here's the tale about a funny little song that has bounced across the ocean, across the centuries and across musical genres.

Back in the early 80s, when I first started getting into the iconic New Orleans piano man, Professor Longhair, I came across a song that sounded familiar. The name of the tune was "Cabbage Head." It was a funny story of a man who comes home "as tired as I can be" several nights in a row. And each night he sees something suspicious and out of place. Each time, his wife Sally has an explanation, but it doesn't quite add up.

Hear for yourself on the video below. (UPDATE 2017: Unfortunately Fess' version has disappeared from YouTube. Closest thing I can find now is the Dr. John cover)


The thing is, I'd heard the song years before, albeit, with a different melody and slightly different lyrics. The British folk-rock band Steeleye Span had recorded it on one of their early albums, Ten Man Mop under the name "Four Nights Drunk."

Notice here that the cuckolded narrator is "so drunk I couldn't see" rather than "tired as a man can be."

The versions collected by Child have lyrics are slightly different than Fess 'or Steeleye's or any of the modern verses I've come across. But despite the archaic dalect, you get the same basic idea. Here's the first verse of the first version:

And some of the lyrics were actually raunchy, as the drunken or "tired" narrator discovers other strange things in his bed. ("Who owns that thing in your thing where my old thing should be?") Most of those verses didn't make it to recordings, however -- though years ago I remember hearing a version by English folksinger Ewan MacColl that was downright nasty. Unfortunately, I can't find that online.

So how did this song get from the misty moisty British Isle to Roy Byrd's piano in New Orleans?

Apparently, like so many old British, Scottish and Irish folk songs, it  came over with immigrants from those parts and found a home in the American South. Harry Smith's Anthology of American Folk Music has a version titled "Drunkard's Special" by a singer named Coley Jones. J.E. Mainer did a dandy version called "Three Nights Drunk," that was recorded by Alan Lomax and included in the Southern Journey series. Riley Puckett, backed by Gid Tanner on fiddle did a similar version.

There's a more modern version from 1958 called "Mustache on the Cabbage Head" by Luke Gordon that skirts the borders of country and rockabilly:

Blues and R&B artists discovered the song also. Blind Lemon Jefferson did a version called  "Laboring Man Away from Home" (which, sadly I've never heard and can't find online). Ruth Brown did a slow, jazzy "Cabbage Head." And Sonny Boy Williamson did a great version called "Wake Up Baby" in 1958, that has the same basic melody as Professor Longhair's. He also was "as tired as a man can be."

Meanwhile, back across the Atlantic, the Irish folk band known as The Dubliners had a hit with their version called "Seven Drunken Nights." (Decades later the Chicago Celt-Punk band called The Tossers did a similar, if more rocked-out, version with the same title.) 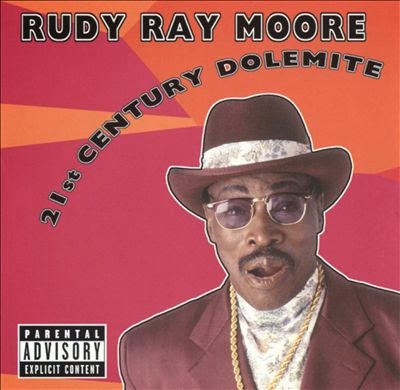 And why am I not surprised that the song found its way to the late great Rudy Ray Moore, who recorded it not once, but twice. He called it "Old Cabbage Head" on his 1994 Return of Dolemite - "Superstar" album and, a truly filthy version on 21st Century Dolemite. The earlier one is a country spoof featuring "the world's first black country & western female singer, Jeannie Marie." The latter is harder-edged and funkier.

The song has appeared under titles such as  "Three Nights in a Barroom," "The Blind Fool,"  "Five Nights' Experience," "Coming Home Late," "Shickered As He Could Be" and others.

And somehow, just about all these versions make me grin when I hear these poor drunk, or "tired" people tell of the saddles on the sows and the mustaches on the cabbages they find in their homes.

Here's a Spotify playlist of many of the versions mentioned here and a few that weren't. (Unfortunately, they don't have Professor Longhair.)