TERRELL'S TUNE-UP: More Soul ... And a Little Reggae Too

A version of this was published in The Santa Fe New Mexican
August 14, 2014 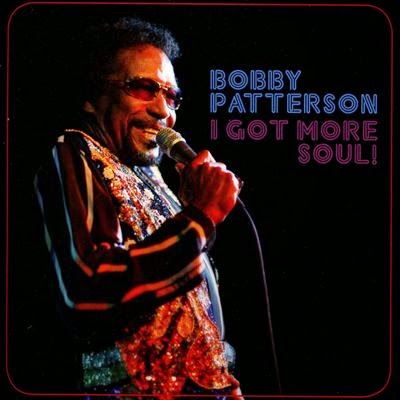 Singer Bobby Patterson just released a new album, I Got More Soul!, the latest in a career that goes back decades. It’s a fun and, yes, soulful album by a veteran performer with deep roots in 1960s soul.

Don’t feel bad if you’ve never heard of this guy. I hadn’t heard of him either until I stumbled into his 70th birthday celebration a few months ago. It was during South by Southwest in Austin, and Patterson, a Dallas native, was opening for Barrence Whitfield & The Savages at a joint called C-Boy’s Heart & Soul.

And yes, I was impressed. I just hope I have as much fun on my 70th birthday as Patterson appeared to be having on his. I’ve looked forward to this album since that night.

So what’s Patterson’s story? Don’t ask me. Ask him. In the song “Poet,” Patterson sings, “I wrote songs for Fontella Bass/Oh, she talked a lot of sass/I wrote songs for Albert King/made his guitar sing, yeah/Wrote a song for Chuck Jackson/Knew I’d step up the action/I’m a songwriter, I’m a poet.”

“Poet” is one of two cover songs on the album. Obviously Patterson felt qualified to add a verse of his own to a tune written and recorded by Sly Stone, but what he adds to the song is true for the most part.

Though Patterson started out as a performer, most of his success in the music biz was behind the scenes. He did write or co-write songs for Bass, Jackson, and King (although King probably deserves the credit for making his guitar sing on the song “That’s What the Blues Is All About”), not to mention for Little Johnny Taylor.

Patterson’s career as a recording artist goes back to the 1960s, though he never had a national hit himself. Critics weren’t always kind to him, either. “If there is such a thing as an average 1960s soul singer, Bobby Patterson is it,” the All Music Guide wrote in a review of Taking Care of Business, a Patterson compilation of his ’60s works released in the mid-1990s.

So for more than 20 years beginning in 1972, Patterson concentrated on being a producer, promoter, and songwriter. Then in the mid-1990s, Wilco’s Jeff Tweedy, with his side project group Golden Smog, recorded a country-rock version of an old Patterson song called “She Don’t Have to See You (To See Through You).”

Though Golden Smog never rose above cult status, this recording apparently stirred something in Patterson, whose name was misspelled in the CD credits. He began to record again, releasing an album with the hopeful title of Second Coming in 1996, followed by I’d Rather Eat Soup two years later. But except for reissues and retrospectives, that was the last new material from Patterson until now. So I guess that makes I Got More Soul! Patterson’s second “second coming.”

The album came about thanks to a guitar player named Zach Ernst, who used to play with Black Joe Lewis & The Honeybears. In recent years, he has been playing with The Relatives, a Texas gospel group that was founded in the early 1970s. The Relatives sing background on Patterson’s “Everybody’s Got a Little Devil in Their Soul,” originally recorded in the early ’70s by a lady named Tommie Young. It’s one of the highlights of I Got More Soul!

Most the songs here are upbeat and funky. Some of them, like the bouncy Solomon Burke-influenced “I Feel the Same Way,” evoke the classic soul era of the ’60s. Then there’s the harder-edged “Can You Feel Me,” which would sound at home on a latter-period Isley Brothers record. Patterson also has a knack for slow-dance soul ballads like “I Know How It Feels” and “Let Me Heal It.”

I suspect it’s Ernst who introduced Patterson to “Your Love Belongs Under a Rock,” a song by Detroit’s garage/soul/rock giants The Dirtbombs. Patterson makes it sound like a long-lost Stax/Volt hit.

The album ends with a sweet, slow tune called “The Entertainer Part 1” (there’s no part two, at least not here), on which Patterson raps and brags: “If you’re walkin’ on the dirt and the dirt ain’t walkin’ on you, well I’ll entertain you … I don’t care if you’re in the hood or in the trunk/Ain’t no way you can get away from my funk … I got something for everyone who woke up on the right side of the wrong bed with a mad head and no bread. Ha ha! It’s called soul.”

Call it what you want. Bobby Patterson is the mad soul scientist we never knew we had. 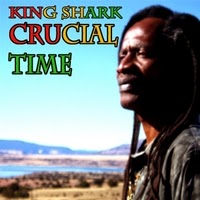 * Crucial Time by King Shark. Alphanso Henclewood has been living in landlocked Northern New Mexico for nearly 15 years, but he was born in the Greenwich Farm neighborhood of Kingston, Jamaica, an area dominated by the fishing industry.

But Greenwich Farm has also produced a lot of reggae musicians — most notably Earl “Chinna” Smith. And it’s where Henclewood was crowned “King Shark” and where he returns from time to time to record music. While Shark over the years has released his own songs on compilation albums from his Pecos-based Montego Records label (two volumes of King Shark and All Star Friends), Crucial Time is his first solo album, though he’s backed by some of his all-star friends, including guitarist Smith.

These songs recall the reggae I loved back in the heady days of the ’70s. One of the outstanding tunes is the harrowing “Escape by Night,” a history lesson in a minor key that deals with escaping from a slave ship. “Palm Me Corner” is set in modern times. It’s about being hassled by police just for hanging out on a street corner. (“I’m not a bad boy,” the singer protests, “I don’t fire no guns!”)

But the vibe of this album isn’t all political. Shark also sings songs of love such as “Marry Me,” “She Will Be Mine,” and two versions of a tune called “Pure Light.” He sings, “Oh yes, you beautiful woman, I want you to understand, tonight is the night you will be mine.” 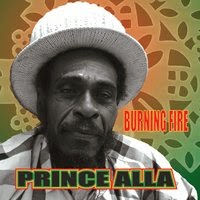 Alla has been a reggae recording artist since the ’70s and has contributed songs to King Shark compilations. My favorite song on the album is “Mortimor,” which is about an old Rasta man who follows the instructions of a little bird, packs up his Bible and his last pound of herb, and sails away in his boat to Africa.

King Shark also recently became a DJ. He’s got a reggae show on KTAO-FM 101.9 Solar Radio from 7 to 9 p.m. on Sundays. You can listen online at www.ktao.com.

And the king also is promoting reggae concerts in Taos. He's got Israel Vibration, a trio from Jamaica coming for an outdoor show at KTAO Solar Center on August 24. Tickets are $25 in advance.

And here's a short interview with King Shark