TERRELL'S TUNE-UP: What I Did on My Summer Vacation 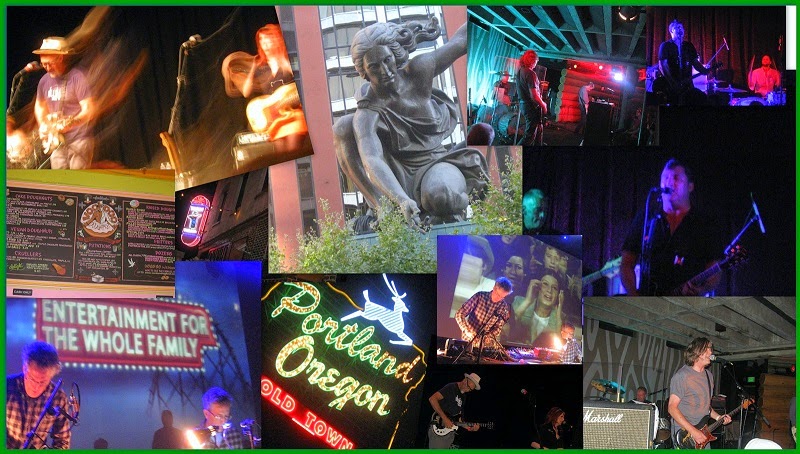 This week's Tune-up column is a recap of all the great shows I saw in Portland last week, nearly all of it based on my accounts published here in this blog.

So I'll just post the section on Mission of Burma here (I saw them Saturday night and had to catch a plane early Sunday, so I didn't have much on them that day) then the links to the posts on the other shows. Hail Portlandia!

Mission of Burma at the Doug Fir, Aug. 30: I have to admit that after four straight nights of concerts — and knowing that I had to catch a 7:35 a.m. flight the next day — I was feeling pretty burned out just before the start of MoB’s set. I even started having troubling thoughts like “Are you getting too old for this kind of thing?”

But then I remembered that the members of this band are about my age. If they can be up there playing, I should be able to make it through a performance.

And indeed, from the opening guitar blast through the last chord of their final encore, “That’s When I Reach for My Revolver,” I was rejuvenated. (This feeling lasted until the alarm clock rang at 6 a.m. Sunday morning)

And the band was in top form as well. They roared; they soared; there was blood on their swords.

Onstage were original members Roger Miller (who looks like he could be Neil Young’s tougher little brother) on guitar, Clint Conley on bass, and Peter Prescott on drums. And somewhere offstage was longtime member Bob Weston, who does tape loops and electronic effects.

Normally classified as “post-punk” (whatever that means), the Mission sound is most like that of Hüsker Dü. Both groups released their first recordings in 1981, and both were stripped-down guitar bands playing raw, urgent music.

As I’ve written before in reviewing their last few albums, since the beginning of the second phase of their career (which began about 10 years ago, following a 20-year layoff), MoB is as fiery as ever.

OK. Here are the links to the other posts:

* The Afghan Whigs
* Southern Culture on the Skids
* Negativland

And here are some videos

The Afghan Whigs also played The Doug Fir in April. Here's a video of the opening song "Parked Outside" (They opened with it when I saw them too.)

And here is 49 minutes (!) of the very Negativland show I saw last week at the Crystal Ballroom. You probably can see the back of my head up front.