A version of this was published in The Santa Fe New Mexican
Sept. 18, 2014 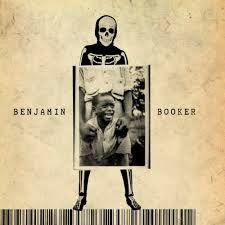 I’ve been a huge fan of Benjamin Booker ever since his early days. In fact, I became a devoted, drooling Bookerhead right after the release of his very first album — last month.

It all started when a friend, whose musical tastes are pretty close to mine, emailed me to ask, “Are you a fan of this guy?”

I’ve learned that record company hype almost always leads to disappointment. But there were two videos embedded, so I played them and immediately went to Amazon.com and ordered the CD. I hardly ever do that, but I urge you to do the same, as soon as you finish reading this column.

A discerning ear probably can hear subtle references to The Gun Club, Blind Willie Johnson, and T. Rex — as well as to others from the realms of primitive rock, raw blues, and gritty soul — in Booker’s music, though, there is no obvious imitation at work here. (And surprisingly, he offers few audible clues that he lives in New Orleans, other than a suggestion of some second-line drumming in the middle of “Have You Seen My Son.” Maybe that’s because he’s a relative newcomer to NOLA, having spent his formative years in Tampa, Florida.) 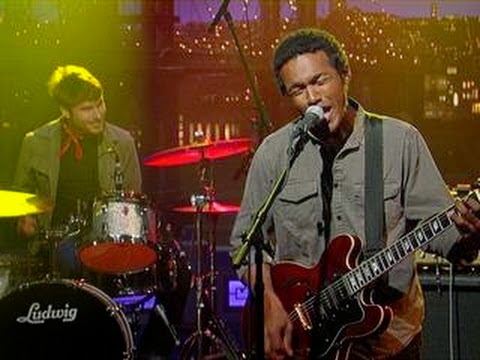 Booker builds on the foundations of the music he loves and creates a sound that’s fresh, though somewhat familiar. On the album, he saved his best for the first track. “Violent Shiver” is breathtaking from the get-go, starting off with a teasing, swampy guitar lick that sounds like some mysterious Stax Records outtake; seconds later Max Norton’s crazed drums and Jem Cohen’s bass come in and kick the song into warp drive. With his growling voice and devil-may-care delivery, Booker sounds like a man going nowhere fast. “Where I’m going, I’ll never know,” he sings with unshaken, youthful confidence. (“What are you rebelling against, Johnny?” “Whad’ya got?”)

Nearly every song here is a wild ride. “Chippewa” is a scuzzed-out garage rocker that features an electric organ. “Wicked Waters” is pure punk ’n’ soul. “Happy Homes” has a melody that could have been written by Blind Willie Johnson, though the instrumental backing sounds almost like a rougher version of Bob Seger’s “Ramblin’ Gamblin’ Man.” “Old Hearts” is thunder on wheels, and while “Spoon out My Eyeballs” starts out slow, it eventually explodes into the craziness promised in the title. (Does this remind anyone else of that gruesome story out of the Santa Fe County jail in the early ’80s?)

The album also has a handful of soulful ballads. “Slow Coming” is one of these, though it gradually builds up to louder volumes. You might expect a song titled “I Thought I Heard You Screaming” to be a raucous screamer. It’s not. I could imagine the late Venice Beach troubadour Ted Hawkins doing this one. 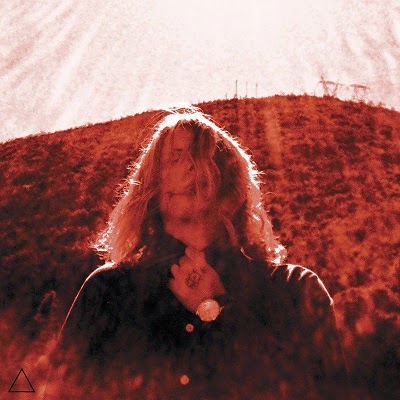 * Manipulator by Ty Segall. Here’s another recently released crazy-good screaming guitar album by a wild-eyed youngster in his mid-twenties. But, unlike Booker, Segall is no spring chicken when it comes to the recording game. He’s released about a dozen albums since his debut in 2008, including his various side projects and collaborations.

His previous album, Sleeper, which could have been called “Snoozer,” was mostly acoustic. But on the new one, he goes back to the metaphorical garage, doing high-velocity rockers with touches of folk rock, power pop and, in a few spots, even soul.

Talk about someone being influenced by T. Rex: Segall, who once released an EP of Marc Bolan covers called Ty-Rex, seems to be channeling the ghost of that band on several songs. And some of the tunes here — the psychotic-electro stomper “The Connection Man,” for instance — clearly pay homage to his San Francisco cronies and latter-day psychedelic rangers, Thee Oh Sees.

The title song starts with chiming keyboards that might remind old-timers of Pet Sounds-era Brian Wilson and his teenage symphonies. “I used the telephone to sneak inside your home, my finest friend,” he sings with all the charm of a stalker. Then the guitar and the electronic weirdness kick in. That’s followed by Segall employing his finest falsetto on “Tall Man, Skinny Lady,” an infectious blend of bubblegum, funk, and raw noise.

My favorites here are the noisy ones, like the rip-roaring monster “The Crawler,” which might be the closest Segall has ever come to Black Sabbath. This 17-song album is no rock opera, but it has one recurring character: Susie Thumb. She’s the title character of one crazy rocker, then she appears on the follow-up, a song that starts off as an acoustic ballad called “Don’t You Want to Know? (Sue).”

Segall even has a proper goodbye song called “Stick Around.” That’s a pretty invitation from a musician worth sticking around for.

Marc Maron recently interviewed Segall on his WTF podcast. Like me, Maron became a Ty fan a couple of years back, after the 2012 release of Slaughterhouse. It’s a great conversation anyway, but even more entertaining for us locals to hear Segall talk about eating “Christmas” enchiladas in Santa Fe when he played here last March. (But I was shocked that Maron, who grew up in Albuquerque, didn’t know what “Christmas” is, at least as it pertains to enchiladas.) Listen to it HERE

Check out interview with Booker and an impressive live-in-the-studio performance on KEXP-FM 90.3 in Seattle by Booker and his band.

And here's the official "Manipulator" video