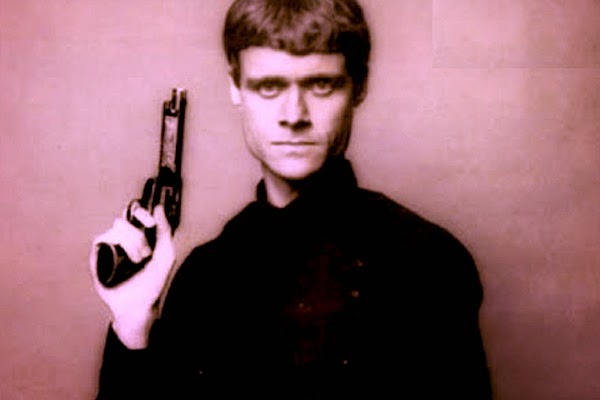 In recent years he was best known as the ruthless Svengali who created The Runaways. He's also responsible for the 1960 rock novelty "Alley Oop," recorded under the name of The Hollywood Argyles.

He also wrote songs for and/or produced records by Gene Vincent, The Byrds, The Beach Boys, The Mothers of Invention, Warren Zevon, The Germs and, brace yourself Bridget , , , Helen Reddy!

Here's his story from the L.A. Times' Pop & Hiss blog.

I've written before in this very blog about my one encounter with Fowley, In my 3-10-2010 post I wrote about meeting him ...

... at one of the first South by Southwest festivals I attended back in the mid 90s. He was in the Austin Convention Center wearing a fairly psychedelic coat of many colors and was in the company of a sexy young singer he claimed to be "The Next Janis Joplin." (I listened to her cassette tape when I got back home. She was not the next Janis Joplin.) I don't even remember how our conversation started, but he was pitching this singer to me so intently you'd have thought I was some major producer. A film crew approached us and Fowley focused his pitch on the camera. Fowley ranted, the Next Janis Joplin slinked around looking sexy. I decided, what the hell, I held up the tape with a stern expression, nodding my head, as if I were the muscle in the entourage. I don't know where that camera crew was from, but what I'd give to have that footage!

But let's give Kim the last word. Here are a few videos of some of his own tunes.

This one goes back to the psychedelic '60s


This one is from his 1968 album Outrageous.


And here's something more recent.

Here's a Fowley primer on Spotify