TERRELL'S TUNE-UP: Swamp Dogg Made Me Do It 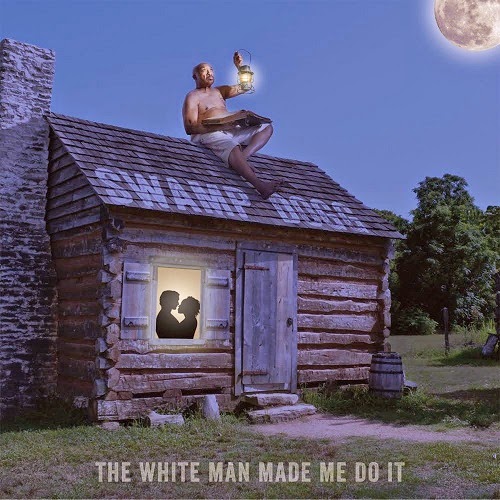 With humor, grace, and funk — not to mention just enough weirdness to keep it interesting — Jerry Williams Jr., better known as Swamp Dogg, has not only released his best album in years but done it in an amazingly timely fashion.

The irascible Swamp Dogg spends much of the provocatively titled The White Man Made Me Do It singing, and frequently talking, about race relations — past and present — in these United States. And as anyone who has read a newspaper or watched more than five minutes of news in the last couple of months knows, race relations have been a major topic of national discussion because of the police killings of Michael Brown in Ferguson and Eric Garner on Staten Island — and the decisions of grand juries in those communities not to indict the killers.

Swamp doesn’t specifically mention either of those controversies on this album, which was recorded before either grand-jury decision. “I have a tendency to be a wee bit clairvoyant,” the singer said in a recent interview in the Glendale News-Press when asked about that.

It’s not hard to figure where he stands on the issue of race. Mr. Dogg tackled this subject in his albums since he was a swamp pup in the early ’70s. On the new album, in a song called “Light a Candle … Ring a Bell,” he declares, “America’s sick, and it needs a doctor quick.”

And to those who argue that American racism is a thing of the past, this album has a song titled “Prejudice Is Alive and Well.” Here he sings, “Tell my children why their schools are so poor/Tell my children why colleges are closing their doors/Tell my people why they can’t get a job/To feed their children, it’s either welfare or rob.” (Swamp Dogg also takes aim at the representatives in Washington, D.C., on the tune, singing, “Congress fights worse than the Crips and the Bloods/They act like they’re on hardcore drugs.”

In the title song, which kicks off the album, he deals with the lingering effects of slavery. “I used to sit on the rooftop and read by moonlight/While the master was in my shack screwing my wife,” he sings. (That line was the inspiration for the album cover.)

But Swamp’s purpose isn’t self-pity. He contends that racial injustices and personal humiliations were the impetus that fueled many descendants of slaves to excel. “When you get right down to it, my hat’s off to the white man/’Cause the white man, he made me do it/I had to break free, so I could be me.” And in the spoken-word part of the song, he names and discusses African-American role models — scientists, inventors, artists, business leaders, and a female aviator, who received her aviation license before Amelia Earhart. “And she didn’t get lost,” Swamp Dogg says.

Not all of the songs deal with America’s racial problems. There are several that are about gender relations. You probably can guess what “Lying Lying Lying Woman” entails. “Bitch started acting like Frankenstein,” he growls at one point, but on “I’m So Happy” and “Hey Renae,” he sings about marital bliss.

There are several covers of R & B and soul classics like “You Send Me,” “Your Cash Ain’t Nothin’ but Trash,” and, my favorite, Leiber and Stoller’s “Smokey Joe’s Café.” And he invokes the memory of perhaps the greatest rock ’n’ souler of all time, Sylvester Stewart, aka Sly Stone. “Where Is Sly” is not only a wonderful ode to the man but a plea for him to get back in the game. While I appreciate this sentiment, Stone has made umpteen comeback attempts through the years, including a 2009 album called I’m Back! Family and Friends, which featured mostly rerecordings and remixes of old material.

In addition to the contents of its lyrics, a major asset of The White Man Made Me Do It is Swamp Dogg’s band. Among the players is David Kearney, better known as Guitar Shorty, a veteran blues-slinger who has played numerous times in Santa Fe. Shorty gives the album an earthier and definitely more bluesy feel than many of Swamp’s recent efforts have.

Swamp Dogg, or, rather Jerry Williams, is seventy-two years old, and I can testify that he’s still a dynamite performer. I saw him in New Orleans a little more than a year ago, and White Man shows he’s still got a lot to say.

You gotta watch this video: * While No One Was Looking: Toasting 20 Years of Bloodshot Records. For the past two decades, Bloodshot, an independent seat-of-the-pants “insurgent country” outfit from Chicago, has been among my very favorite record labels.

So yes, I definitely toast Bloodshot Records’ owners, Rob Miller and Nan Warshaw, all the above artists, and many more who have made crazy music there.

Unfortunately, I have to say that this compilation is something of a disappointment. The idea behind it is good — having various bands and singers, mostly those not affiliated with the label, cover songs by Bloodshot artists. There are some famous, or at least relatively famous, artists here — Mike Watt, Superchunk, Ted Leo, The Minus 5, and Carolyn Mark — though most are pretty obscure.

And there are some wonderful tracks. Chuck Prophet’s version of Andre Williams’ “Dirt” is fun, while Reverend Peyton’s Big Damn Band’s “St. Nick on the Fourth in a Fervor,” a song by Ha Ha Tonka, makes me wonder why the Rev. wasn’t on Bloodshot to begin with. The Handsome Family nails the Bottle Rockets’ “1000 Dollar Car.” I hope Possessed by Paul James adds Murder by Death’s “I Came Around” to his live shows. And while I still like the original better, Andrew Bird and Nora O’Connor do a fine version of Fulks’ “I’ll Trade You Money for Wine.”

But way too many songs on this collection lack the crazy energy and wild spirit that made Bloodshot what it is. There are lots of soft singer-songwriter and wimpy alt-rock renderings here. Most of these aren’t bad — they’re just unremarkable.

My advice: Celebrate Bloodshot’s anniversary by spending the dough you would have on While No One Was Looking on some classic Bloodshot albums by the Wacos, the Meat Purveyors, or Trailer Bride. Other good investments include last year’s Born Raised & Live From Flint, by Whitey Morgan and the 78’s, as well as fairly recent releases from the Dex Romweber Duo, Biram, and Lydia Loveless. You’ll be happy you did.

Here's one of the better tunes on this collection: