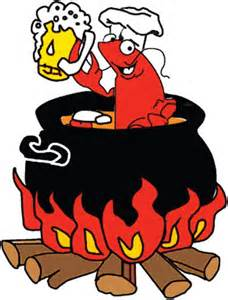 "The Crawdad Song," "Sometimes called "Crawdad Hole," was the very first song I ever learned to play when I first started taking guitar lessons when I was 12 or 13 in Oklahoma City. I had this guitar teacher named Julian Akins, an old country singer. (I just found out he also was Vince Gill's guitar teacher. Guess Vince was a better student than me.)

It's kind of a dumb song, but easy to remember. There are a lot of variations, but here's one set of lyrics I like:

Other versions have verses with the question "What you gonna do when the well runs dry?" ( The morbid answer is "Sit on the banks and watch the crawdads die") and my favorite, "See that crawdad crawling 'round? He's the mayor of Crawdad Town."

I couldn't find much on the history of this tune. It apparently comes from the American South, where crawdads are plenty (and where people call them "crawdads" rather than "crawfish or crayfish."

According to Ballad of America, "This song evolved from Anglo-American play-party traditions and African-American blues. Workers building levees to prevent the flooding of the Mississippi River in the South were among the first to sing it."

The "play party" concept is interesting. These took place in regions where dancing was banned,  "Here the singing was a cappella, the dancers followed prescribed steps, and arm and elbow swings would be the only touching," writes Alan L. Spurgeon in his book Waltz the Hall: The American Play Party.

I guess that beats sitting on the banks and watching the crawdads die.

Here's a more scholarly look at the African-American origins of "The Crawdad Song". CLICK HERE

One thing for certain, a lot of musicians I like in the realm of folk, country, blues and rockabilly, have recorded this song. Gus Cannon, Pete Seeger, Woody Guthrie, George Jones, Jerry Lee Lewis, Doc Watson, Big Jack Johnson, Jessie Mae Hemphill, The Meat Purveyors, Tim Timebomb, Clothesline Revival (built around the vocals of Mrs. Vernon Allen) and more. A band called The Tune Wranglers did a great western-swing version. Unfortunately they apparently thought the lyrics would be funnier if they used a racist term for the poor guy who broke his crawdad sack. So to hell with them.

Here are a few other classic versions:

And a live version by Red Foley

And in the '90s. The Gories brought Bo Diddley to the crawdad table


And here is a big bowl of crawdad gumbo for you Spotify users: