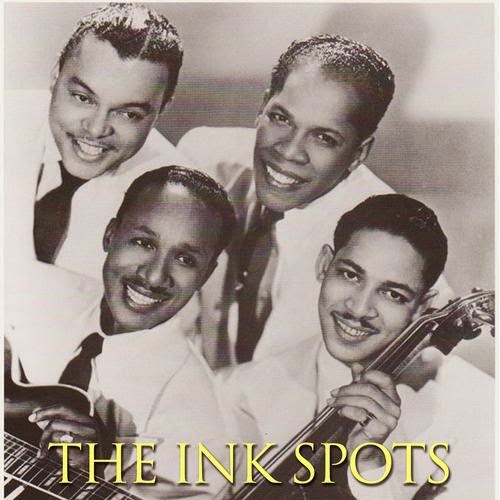 Readers who watched the opening scene of the premier episode of Better Call Saul will know what I'm talking about.

It's a black-and-white scene featuring a mustachioed Saul Goodman working at a Cinnabon shop at some Omaha mall, apparently hiding out from his recent life of sleazy lawyering and drug money laundering in Albuquerque, as depicted in Breaking Bad.

But in the background there's this song playing, taking on sinister undertones almost certainly not intended when it was recorded. And it sounds just like this:

"Address Unknown" was a 1939 hit for a popular African-American vocal group called The Ink Spots. According to the All Music Guide:

The Ink Spots played a large role in pioneering the black vocal group-harmony genre, helping to pave the way for the doo wop explosion of the '50s. The quavering high tenor of Bill Kenny presaged hundreds of street-corner leads to come, and the sweet harmonies of Charlie Fuqua, Deek Watson, and bass Hoppy Jones (who died in 1944) backed him flawlessly.

All Music notes that "Countless groups masquerading as The Ink Spots have thrived across the nation since the '50s."

I can vouch for that. Back in the early '80s I was assigned to interview the lead singer of "The Ink Spots" who were playing in Santa Fe. I talked with some old guy in his hotel room at La Fonda. I forgot his name, but it wasn't Bill, Charlie, Deek or Hoppy.

Part of the problem was due to the original members themselves. Both Charlie and Deek started rival Ink Spots groups in the early '50s.

Be  that as it may, The (real) Ink Spots made some sweet sounds during their glory years of the late '30s through the mid '40s.

And speaking of songs on recent television shows, The Ink Spots covered this Vera Lynn hit, which graced the end of The Colbert Report in December. The group recorded the song at least three times between 1941 and 1944.