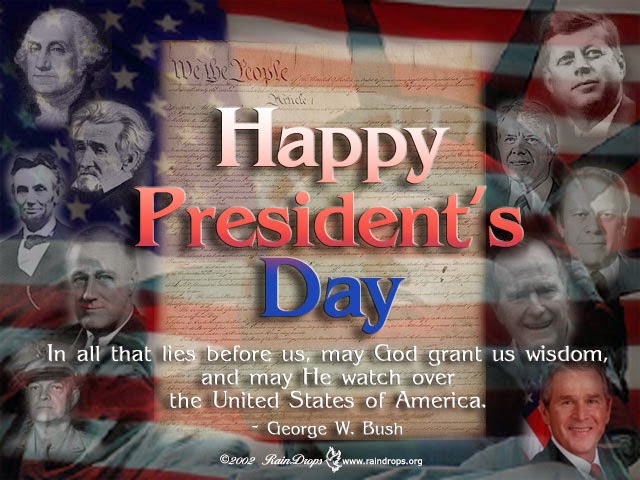 Next Monday is Presidents Day. Because I don't do "Wacky Monday" on this blog, we'll just have to celebrate a little early.

Until recently I thought Presidents Day was in honor of George Washington and Abe Lincoln, both of whom were born in February.

But that's not true according to the Snopes website -- which apparently took time off from debunking 9-11 conspiracies and knocking down rumors that a little known section of Obamacare involves selling the kidneys of little white girls to Kenyan organ smugglers.

According to Snopes, the only official holiday next week is for Washington's Birthday. Technically "Presidents Day" doesn't exist. Congress never passed a law to declare it as such.

But what the heck. Why not honor, or at least lampoon, as many presidents as possible in preparation for this holiday that isn't even a holiday.

Here are a few songs to set the tone.

First a snazzy little musical history lesson from They Might Be Giants.


The next artist, known as "Mr. Beat" on Youtube, seems to have been very influenced by They Might Be Giants. Here's a song about the guy who was president when I was born.

Country Joe & The Fish give a one-fingered salute to two presidents with this one. The original version of "Superbird," which appeared on their first album Electric Music for the Mind and Body was only about LBJ. But sometime after Richard Nixon took office, Country Joe updated the tune.

This next tune is a "song-poem" about our disco-era president Jimmy Carter. It was written by Waskey Elwood Walls Jr. sung by song-poem titan Gene Marshall (Gene Merlino).