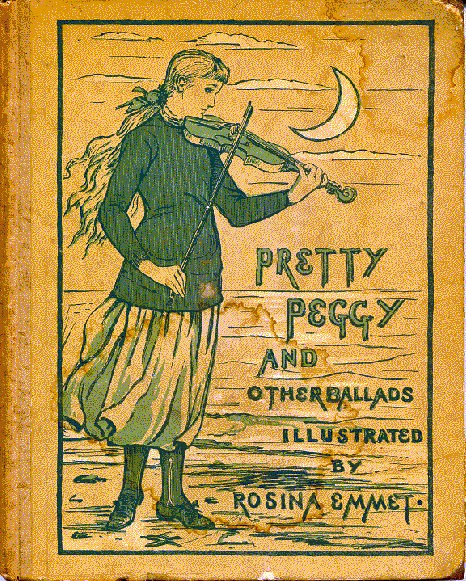 I've got nothing against Simon & Garfunkel. I like a lot of their tunes.

But it's inconceivable to me how they managed to take a perfectly rough and tumble folk song that ends with a line saying, "If ever I return, all your cities I will burn ..." and make it sound wimpy.

But that's what they did with "Peggy O," which appeared on Paul & Artie's first album, Wednesday Morning 3 A.M.

I'm not even going to post the video of this useless version. In fact, I probably shouldn't have even mentioned it. The only reason I do is because it just so happens that Simon & Garfunkel's was the first "Peggy O" I ever heard. 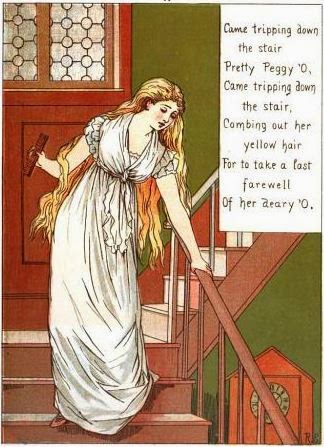 I never liked that track, but I have to admit, that line with the arson threat always did intrigue me. Basically it's the story of a soldier, "our captain," who falls for "a lady like a dove" and promises to take her "in a carriage" to " places far and strange."

But something goes wrong. Apparently Peggy rejects him and his troops are threatening to burn all the cities and destroy "all the ladies in the ar-e-o."

Breaking up is hard to do.

"Peggy O" is the American descendant of an old Scottish song, going back at least to the late 18th Century, called "The Bonnie Lass O' Fyvie." Fyvie is a small town with a castle in the Aberdeenshire region of Scotland,

Some versions of the song appear under the titles of "Bonnie Barbara-O," "Pretty Peggy of Derby," and "Peggy Sue." O.K., just kidding about that last one,

The first known recording of the song was by an Aberdeenshire farmer named John Strachan.  Alan Lomax got him on tape in 1951. A few years later, Tommy Makem & The Clancy Brothers recorded it and called the song "The Maid of Fife-E-O."


Other folkies on both sides of the Atlantic began playing it. I like this one recorded by The Dubiners in the early 1960s.

Bob Dylan included the song, which he called "Pretty Peggy-O," on his debut album in 1962. His version was influenced by The Clancys'. But he made it crazier.

Unlike Simon & Garfunkel's pristine version, Dylan burst out of the gate joking on this one. "I've been around this whole country, but I never yet found Fenneario," he says at the beginning of the track.

He's changed the setting from ancient Scotland to contemporary America. He sings of the love-lorn captain (who has been demoted to lieutenant here) "The lieutenant he has gone, long gone
He's a-riding down in Texas with the rodeo."

And this live version is even funnier. (I'm fallin' down the stairs, pretty Peggy-O ...")

But after all these years, my favorite version is that of The Grateful Dead. Throwing in some well-placed minor chords, they create a heartbreaking and haunting melody. The local seems ambiguous, though when singing "Sweet William he is dead," he reveals, "He's buried in the Louisiana country-o."

I first heard the Dead do this song at a 1977 concert in Albuquerque. Seventeen years later I saw them play it again in Las Vegas -- which would turn out to be the last time I'd see the Grateful Dead play.

Here's a video of the song from that concert.