Just 78 years ago this month, Life magazine did a three-page spread on Huddie Ledbetter, better known as Lead Belly. who was well on his way to becoming one of the titans of  20th Century
music. There was a full-color picture, of the barefoot singer in overalls, sitting on grain sacks and playing guitar, his mouth wide open in song.

O.K., so the rustic image was pretty hokey. But what was really shocking about the Life article was the headline:

And just so we're clear, this was Life magazine. the epitome of mainstream American publications, not some KKK hate pamphlet.

And part of the photo spread was a black and white close-up of Lead Belly's hands playing a guitar. The caption: "These hands once killed a man."

Again, this wasn't the Police Gazette, it was Life magazine!

I'm not going to go into his whole life story here. If you're not familiar with the man and his music, Check out the documentary Legend of Lead Belly, which will be airing on the Smithsonian channel later this month. (Or watch it right now, free, HERE) 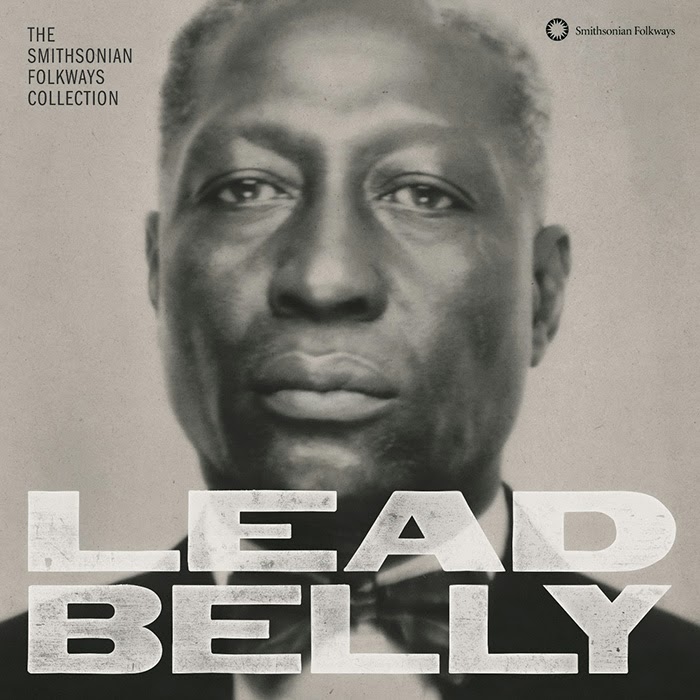 It's sad that Lead Belly never lived to see it --  he died in  1949 at the age of 61 -- but through the years he really has gained a tremendous degree of respectability.

Like so many true avatars of American music, Lead Belly never sold many records himself. His biggest "hits' -- like "Goodnight Irene," "Midnight Special," "Rock Island Line," "Gallis Pole" (redone by Led Zeppelin as "Gallows Pole" and "Where Did You Sleep Last Night" (made famous by Nirvana) were all done by other singers. Musicians from Judy Garland to Nirvana have recorded Leadbelly songs.

Perhaps the cruelest irony was that "Goodnight Irene" became hugely popular -- the year after he died. The folk group called The Weavers was the best-known cover, but Frank Sinatra, Ernest Tubb and countless others covered it too.

Last month, Smithsonian Folkways released a five disc collection called Lead Belly: The Smithsonian Folkways Collection featuring five hours of music including 16 unreleased tracks. It's got most of his better-known tunes plus a bunch of obscurities. There's even a recording of a radio show in which Lead Belly starts singing along with a Bessie Smith song.

Leadbelly's most famous tunes are so much a part of our collective musical wiring, it's the less-famous ones I've been enjoying the most since the Smithsonian collection. So I'm going to embed a few of the great obscurities here.

Here's a more serious song, the story of nine Black teenagers accused of raping a white woman in Alabama. They were found guilty by (you guessed it) an all-white juries, The story of the Scottsboro Boys is widely considered an astonishing miscarriage of justice. Lead Belly thought so too.

I think this song was on the first Lead Belly record I ever heard. My high school friend Paul Songer had it on some album and it made me an instant Lead Belly fan.

And here's one for the iddies-kay.