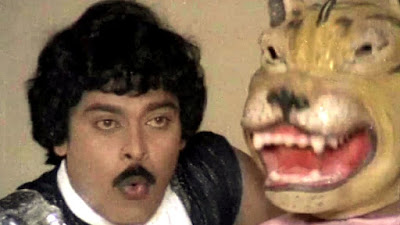 This week's Wacky Wednesday was inspired by the first video below, posted last week on my brother's Facebook page by a mutual friend, Joe. Hat tips all around.

I don't speak Hindi and I've never seen most of the movies these clips come from so I won't pretend to know what's going on in any of them.

But trust me, you won't need to know what's going on in these clips.


Just sit back and enjoy the work of people having a lot more fun that you! 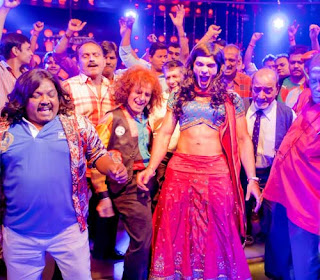 This first one is from a 1985 film called Adavi Donga

I've actually seen the movie Zakhmee, (1975) from which the following clip comes. I didn't understand the plot, but it was full of great songs, my favorite being the one below. No animal masks, but plenty of hot pants!


This one is from a 1968  movie called Padosan. I don't really know what's going on in this one, but it might be about a beautiful woman who has fallen under the sway of a goofy guru.