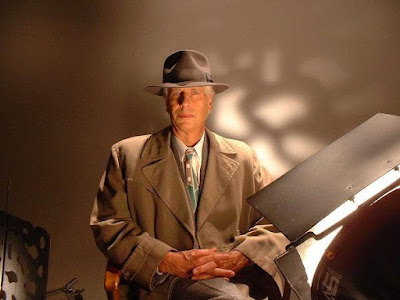 Phil Austin of The Firesign Theatre died June 18. I'm still getting over that.

Hell, I'm still getting over Peter Bergman's death three years ago. Phil Proctor and David Ossman now are the only Firesigns left.

Back in my college days in the early '70s I practically worshiped The Firesign Theatre. They were far more than a comedy team. And it wasn't just hippie humor. In their records they created new worlds, surreal, satirical, multi-layered universes where the jokes had multiple meanings. They were full of references to pop culture of the day and Shakespeare  and Edgar Allan Poe and spoofs of  old radio shows and televangelists and politicians and cheesy TV shows and commercials

It's been 45 years since they released my favorite Firesign album, Don't Crush That Dwarf, Hand Me the Pliers  and I still find lines I never noticed before. 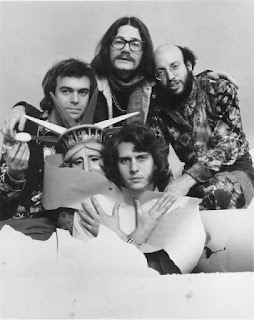 So if you've never heard The Firesign Theatre, by all means seek them out. (Most of their albums, including their early classics, are on Spotify and a bunch of their stuff is on Youtube. Or you might do something old timey and BUY some of their albums. (Start with Dwarf or How Can You Be In Two Places At Once When You’re Not Anywhere At All -- which includes the debut of Austin's most famous character, Nick Danger.)

Because this is a music blog, this Wacky Wednesday I'm paying tribute to Phil with some Firesign musical bits -- songs The Firesign Theatre taught us.

Here is a live version of "Oh Blinding Light" from the movie Martian Space Party. Phil Proctor's fiddle solo comes in at about 1:42

Here's one from I Think We're All Bozos on This Bus.

And finally, "Toad Away," a hymn and sermonette from Dear Friends. Someday we'll all be toad away.