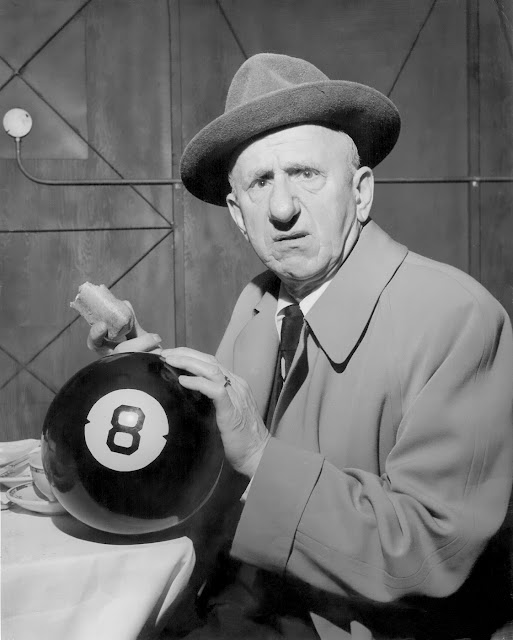 One hundred twenty-three years ago today Jimmy Durante, the gravel-voiced star of Vaudeville, radio and television and movies, was born in New York City.

This son of talian immigrants was known as a comedian whose trademarks were his beat-up hat and his huge bulbous nose (which he called "the Schnozzola").

But before his career as a comic and an actor, Durante was a musician. According to his bio on the Red Hot Jazz site:

Before Jimmy Durante became one of the most famous and lovable entertainers of the Twentieth Century, he was a hot piano player and bandleader, Durante was greatly influenced by Scott Joplin and had his first success in show business as a Ragtime piano player starting around 1911. He was billed as "Ragtime Jimmy" and played in New York City and Coney Island.

Playing ragtime piano on Coney Island n 1911. Even if I knew nothing else about him, that alone would make me love Jimmy Durante.

He died in 1980, but his ghost still haunts strange corners of YouTube, So let's honor Jimmy on this Wacky Wednesday with some of his wackier tunes.

In 1934, appearing in the movie Palooka, Durante first performed what would become his signature song, "Inka Dinka Doo"

Three decades later, Durante would perform the song on TV with a strange novelty artist of the mid '60s called Mrs. Miller.

He dabbled in patriotic children's music

And he dueted with Louis Armstrong

So goodnight, Mrs. Calabash, and happy birthday, Ragtime Jimmy, wherever you are."