A version of this was published in The Santa Fe New Mexican
April 8, 2016 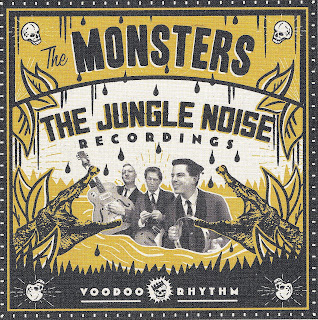 Back in 1986, decades before he became an international playboy and record-industry titan (he’s supreme commander and president for life of Switzerland’s Voodoo Rhythm Records), young “Beat-Man” Zeller was just a hopped-up young punk rocker who got together with some like-minded cronies and formed a fierce little band of Swiss miscreants called The Monsters, which had a deep affinity for classic American garage rock and loud grating noise.

Hard to believe, but Beat-Man and his Monsters are still around, older (Beat-Man’s pushing fifty!) but just as dangerous. And to celebrate 30 monstrous years, Voodoo Rhythm is releasing not one but two records.

One will be a new album, coming later this year. The first is a rerelease — with added bonus tracks — of one of their long out-of-print early albums, The Jungle Noise Recordings, originally released on a German label called Jungle Noise.

Although Voodoo Rhythm’s press release proclaims, “This is where primitive rock ’n’ roll chainsaw massacre trash garage began,” Jungle Noise, recorded in 1994, was not the first Monsters album. There were at least a couple of proper (I use that word in a relative sense) studio records, including their previous album The Hunch (the title being a tribute to West Virginia wild man Hasil Adkins), which was basically a psychobilly effort full of songs about movie monsters.

But by this point, Zeller wanted a rawer sound for his band, which was now a trio. Instead of going to a studio, the musicians rented some recording equipment and did the album at home. They replaced their stand-up bass, a staple of their early recordings, with an electric bass. And Zeller let his guitar go crazy with the fuzz and feedback. As the title of the opening track suggests, the result was a joyful invitation to “Psych Out With Me.”

The Monsters at this point were still fond of horror material, as evidenced by their uptempo cover of Kip Tyler’s 1958 spookabilly tune “She’s My Witch,” and songs like “Rock Around the Tombstone,” “Skeleton Stomp,” “Plan 9,” (an ode to Ed Wood’s outer space vampire movie), and 'Mummy Fucker Blues," in which Beat-Man’s trademark gravel voice sounds like a bizarre blend of Screamin’ Jay Hawkins, Tuvan throat-singing, and Popeye.

There’s a marijuana song here called “The Pot” in which the music is a mutant grandchild of the Isley Brothers’ “Shout.” And there are spirited covers of The Rolling Stones’ “Play With Fire” and Ricky Nelson’s “Lonesome Town,” though I actually prefer The Monsters’ live version on their 20th anniversary album The Worst of Garage Punk Vol. 1, in which Beat-Man comically weeps hysterically during the instrumental.

All in all, The Jungle Noise Recordings is a pinnacle of trash rock. And it whets my appetite for the upcoming new Monsters album. 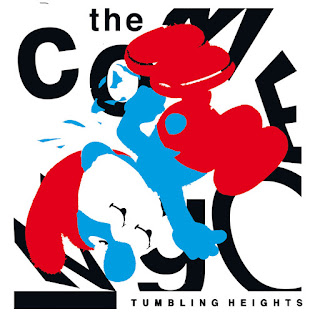 * Tumbling Heights by The Come N’ Go. Here’s another Swiss band that cut its proverbial teeth in
the crazed world of garage-punk. On this, The Come N’ Go’s fourth album for Voodoo Rhythm, the musicians prove they can play it fast, furious, and trashy like their labelmates The Monsters. But they also go psychedelic on us. This album shows the band still working hard to get our butts shaking. But they also seem interested in getting our minds expanding.

The album starts out with a tasty rocker called “Château Phoquoeupe” as well as an intense lo-fi cover of Bad Brains’ “Attitude.” Even more impressive is the six-minute song called “Lemmy,” a good rockin’ tribute to the late Mr. Kilmister. But “Lemmy” showcases the intriguing dichotomy of this album. The first three or four minutes are basic and catchy, then evolve seamlessly into a lengthy feedback/noise-skronk roar.

The short-but-surreal “Borderland” is even more crazy. It starts out with some discordant ambient noise joined later by a female vocalist. And on some songs, such as “Yona’s Blues,” they can actually be melodic as well as spacey.

On “I’ll Sing You a Song,” the melody sounds like some folk song right on the tip of your memory. It’s colored by feedback and what sounds like a distant harmonica. And speaking of folkish sounds, “What Is It?” (which could have been an apt title for the whole album) features acoustic guitar and what might or might not be a flute embellished by electronic feedback that almost seems to be in harmony.

While Tumbling Heights has lots of different dimensions to ponder, and while I do enjoy the psychedelic touches, the songs I like best are the ones in which The Come ‘N Go don’t forget they’re a rock ’n’ roll band. 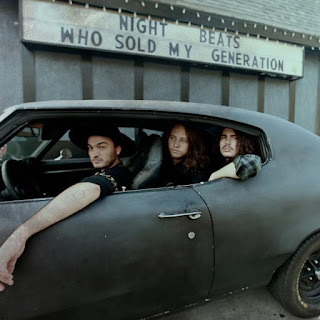 * Who Sold My Generation by The Night Beats. Now here’s another band that’s often described as psychedelic. Indeed, this Seattle trio draws from the better bands of the Summer of Love.

The song “Shangri Lah,” for instance, owes a debt to The Electric Prunes. The Night Beats are frequently compared to psychedelic rangers like The Black Angels, though with singer Danny Lee Blackwell often singing in falsetto, a better comparison might be The Oh Sees.

But this group has a lot going on, including a subtle influence of soul and funk if you listen close enough (and you should).

With a title that’s a sweet nod to Pete Townsend’s old group, Who Sold My Generation is a solid selection of songs. Blackwell knows the power of the riff. Virtually every one of these songs has hooks that stick to your brain.

Among the highlights are “Bad Love,” which features a sax section; “Porque Mañana,” which is sung in Spanish, “Egypt Berry,” which features a faux-Middle Eastern guitar riff and a melody that reminds me of “Endless Sleep,” and “No Cops,” which ain’t country but sounds as if Blackwell’s been listening to Waylon Jennings’ cover of “Ain’t Living Long Like This.”

Psych Out with The Monsters

Some "Attitude" by The Come N' Go

And here's a cool video by The Night Beats