THROWBACK THURSDAY: Sometimes I Feel Like a Motherless Child 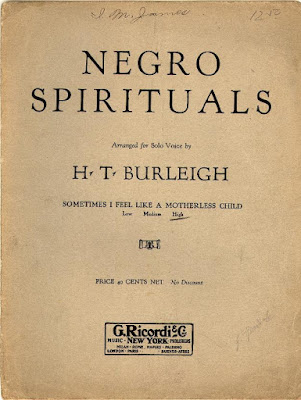 Mothers Day is next Sunday. So here's one for those of us whose mothers are gone.

"Sometimes I Feel Like a Motherless Child" is a stirring song, a "Negro spiritual"  going back to the days to the days of slavery, the days when babies would be taken from their mothers to be sold to different plantations.

In his book Wade in the Water: The Wisdom of the Spirituals, author A.C. Jones, begins a section about this song, with a quote from a former slave named Harriet Jacobs talking about this horrifying practice:

One of these sale days, I saw a mother and seven children on the auction block. She knew that some of them would be taken from her; but they took all. The children were sold to a slave trader, and their mother was bought by [another] man in her own town. Before night her children were all far away. She begged the slave trader to tell here where he intended to take them; this he refused to do….[for] he would sell them one by one whenever he could command the highest price. I met that mother on the street and her wild haggard face lives today in my mind. She wrung her hands in anguish and exclaimed, “Gone! All Gone! Why don’t God kill me?” I had no words wherewith to comfort her.  Instances of this kind are of daily, yea, of hourly occurrence. 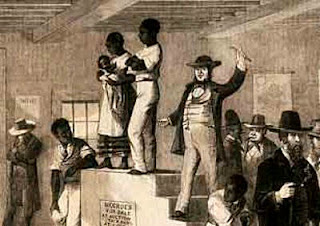 Jones wrote, "To announce in a song that a life event made one feel `like a motherless child' was to equate the pain associated with that event with the extreme torment occasioned by the `daily, yea, hourly' occurrence of mother-child separation."

Jones also argued that "Motherless Child" is the most important songs passed on by the slaves. "... it is probably not coincidental that it is one of a handful of African American folksongs that has survived sufficiently well to make itself known to those with little or no familiarity with specific songs in the spirituals tradition."

The earliest known performances of "Motherless Child" were in the 1870s  by the Fisk Jubilee Singers of Nashville, Tenn. I couldn't find any of those on Youtube (video cameras were plain crappy back then) but here are some of my favorite versions of this song.


Marian Anderson gave it an operatic treatment. This might be her 1945 version.

Mahalia Jackson did a medley of "Motherless Child" with "Summertime."

Skip ahead to 1969 where Richie Havens kicked off the Woodstock festival with this, which he re-titled "Freedom."

El Chicano did it as a jazzy instrumental in 1970.


And just last week my daughter alerted me to this version by the late Prince (with Larry Graham on bass!) As much as I love Mahalia and Richie, this will be be the version I'll always remember.

Note from Oct. 11, 2018: This keeps getting yanked off of YouTube. It'll probably get taken off again, but it always seems to rise again.