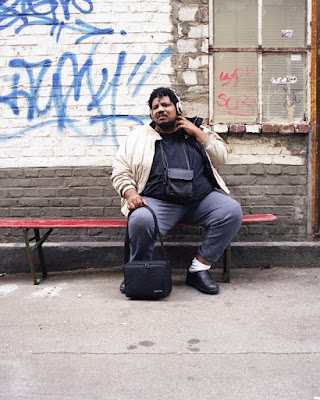 It's just a few days until Wesley Willis' birthday. He would have been 53 next Tuesday.

Willis was a large man from Chicago who suffered from schizophrenia. He was one of the monsters of outsider music. He was not talented in the conventional way but his songs were direct, sincere, often hilarious and frequently touching.

Jello Biafra, the former Dead Kennedys singer who released his work on his Alternative Tentacles records label, published this eulogy when Willis died in 2003:

As I got to know Wesley, what really struck me was his sheer will power, his unrelenting drive to succeed and over come a horrifically poor background, child abuse, racism, chronic schizophrenia and obesity among other things. He was the most courageous person I have ever known. Yet through it all he had such a deep, all-encompassing love of life. Little things, big things. He loved bus rides. He loved watching trains. He loved writing songs about how much he loved his friends. He loved travelling to new towns so he could headbutt new friends. Is there any band he saw that escaped being in their own song about how much he loved their show? He was so warm, so sweet, so giving. He could be a handful when he came to visit; but as soon as he left, we'd miss him immediately.

Let's honor Wesley with a few of his songs. One the first couple, he talks about his mental condition.

Many of his songs were set on buses.

Some of his themes were pure fantasy.

Before he confined himself to Casio accompaniment, Willis had a punk band, The Wesley Willis Fiasco.

Many of Willis' songs were tributes to musicians and/or celebrities he liked. Kurt Cobain and Oprah Winfrey were among those to receive the Wesley treatment. So was Jello Biafra,  In this song, Willis declares: "You are a good punk rocker / You are a singing maniac / You can really sing your ass off to the max / You are a good person  ..."

Though Willis might have whipped Spiderman's ass, Gingerman knocked him out.


Rock over London, rock on Chicago ... Winston tastes good like a cigarette should ...