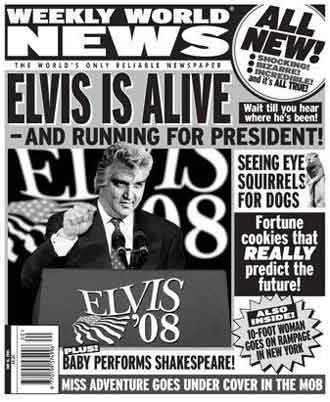 Tired of all those usual politicians running for presidents?

Do you find yourself wishing that the current crop of candidates just had a little more rock 'n' roll in them?

Well here's a look back at some campaigns that never were -- but maybe should have been -- involving rock stars who in reality chose not to run.

I mean really, Lou Monte, why would a King run for president?

The Young World Singers back in 1964 didn't care that Richard Starkey, as a British citizen, could not serve as president.

Back in 2008 a DJ called DJ Kool Kid mashed up some Marvin Gaye and created a campaign theme for Snoop Dogg.

There have been several attempts to draft Willie Nelson for a White House run. Here's a 2012 effort by the Peter Dawson Band