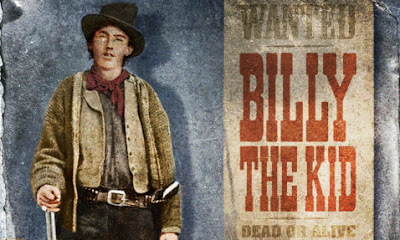 One hundred thirty five years ago tonight Lincoln County Sheriff Pat Garrett went into the home of Pete Maxwell in Ft. Stockton, N.M.where he shot and killed Billy the Kid.

In his stocking feet.

That was the end of Henry McCarty, (or was it William Bonney?) Dead at 21.

But that was just the beginning of the legend of Billy the Kid. Heroic tales of the "Boy Bandit King" spread across the country, spread by biographies, pulp novels and, of course songs.

In some tellings he was a sociopathic killer. In others, a Robin Hood who stood up to the political powers of the day.

As Paul Hutton, a history professor at the University of New Mexico told me a few years ago, “Billy can’t be killed. He’s the outlaw of our dreams.”

Here are my favorite Billy songs.

Bob Dylan, who co-starred in the Sam Peckinpah movie Pat Garrett & Billy the Kid, wrote the soundtrack or the film. I'll never forget the time I was visiting the old Lincoln County Courthouse -- where Billy killed two deputies to make his escape -- and this haunting song was playing.

Joe Ely's Billy the Kid isn't tied to any historical version of Billy. I personally don't believe the Kid would really shoot his girlfriend's chihuahua. But it's still a great song.

This is the late John Hartford's Billy song. 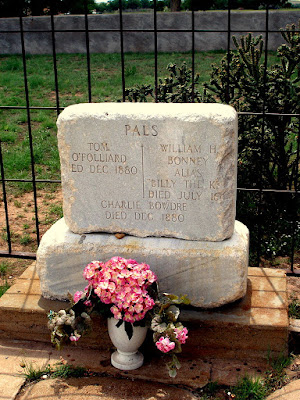