TERRELL'S TUNE-UP: The Ones That Got Away Last Year

A version of this was published in The Santa Fe New Mexican
Jan. 6, 2017

As is the case every year, there was a lot more noteworthy music released in 2016 than I was able to write about in this column. Here are a few worthwhile albums released last year: 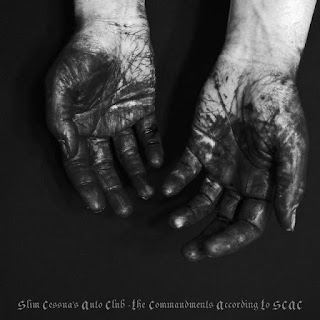 * The Commandments According to SCAC by Slim Cessna’s Auto Club. I’m a relative newcomer to the Slim Cessna cult. I didn’t get indoctrinated into the laws and customs of this Denver band until 2010, when I received the blessings of their stunning album Unentitled. I’ve been waiting five years for a follow-up and was beginning to lose faith. But then, like a thief in the night, a new album appeared in September — and it didn’t reach my ears until a few weeks ago.

This album — 10 rocking, roots-driven songs titled “Commandment 1,” “Commandment 2,” etc. — like their best work, is a deep dive into the myth and spirituality of Cessna and band. As Slim sings on “Commandment 1, “I have earned, earned the privilege/The privilege of complaint/My indignant voice is maturing/From a percussive cough/Thanks to you and the death’s-head moths/Into a maturing rage.”

It’s not exactly clear what this means, but like the other “commandments,” it suggests inner struggles unfolding in an inhospitable world. In “Commandment 6,” the narrator is a horse, forced to jump off a diving board at some carnival sideshow. But in the Cessna universe, even a horse has spiritual yearnings: “I will be a new Greek myth/Archimedes’ Pegasus /Could a horse be a saint?”

My favorite track here, at least for the moment, is “Commandment 5,” which opens to the beat of tom-toms and what sounds almost, but not quite, like Native American chants, and then turns into an urgent rhythm with lyrics about a frantic car ride and gunplay. “Cock your arms and blindly throw the spent shell,” is the oft-repeated refrain.

In all honesty, I’m just beginning to digest the mysteries of Commandments. This could take years. 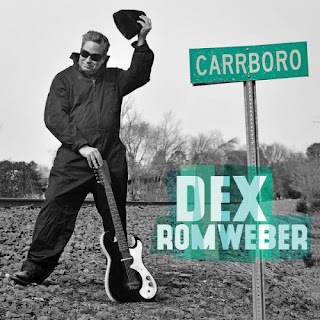 ▼ Carrboro by Dex Romweber. Sturdy and dependable, Romweber has once again has made a top-
rate album with memorable songs that rock and delight.

Recording this time as a solo artist (as opposed to The Dex Romweber Duo, as he did on his previous three albums with Bloodshot Records), Romweber proves his versatility with pretty ballads that show off his crooner chops (the gorgeous opening song, “I Had a Dream,” is probably the best example); piano blues (“Tomorrow’s Taking Baby Away” and “Tell Me Why I Do”); crazy surfy instrumentals (“Midnight at Vic’s,” “Nightride”); and country/rockabilly romps (“Lonesome Train,”  “Knock Knock (Who’s That Knockin’ on My Coffin Lid Door),” and “I Don’t Know”). Meanwhile, the intense, minor-key “Where Do You Roam” could almost be mistaken for a Nick Cave dirge.

And, as he’s prone to do, Romweber plays a couple of standards in nonstandard ways. “My Funny Valentine” becomes an electric organ-led rocker with surf drums. And, accompanied by what almost sounds like a player piano, he performs Charlie Chaplin’s “Smile” like a mad scientist would. I can’t help but smile. 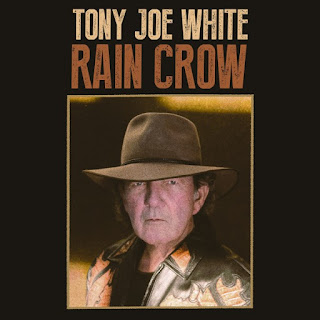 * Rain Crow by Tony Joe White. To hijack a Game of Thrones catchphrase, the swamp is dark and full of terrors. And few, if any, musicians tell these tales as convincingly as Tony Joe does.

“Tell me a swamp story, not like the ones on TV,” White sings in his wizened baritone. “I want to hear about the old saw mill, where the woman went crazy.”

This album is full of stories of bad winds, children of the hoodoo, hoochie women, backwoods bayou crossroads, love gone wrong, and hungry gators. Just about every song here has a laid-back — and swampy — groove embellished with subtle psychedelic guitars.

Since his late-’60s “Polk Salad Annie” heyday, Tony Joe has only grown leaner, meaner, and spookier. 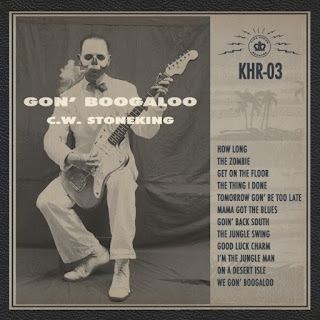 * Gon’ Boogaloo  by C.W. Stoneking. Sometimes I think Stoneking is the Australian reincarnation of Emmett Miller, that great yodeling American minstrel-show/hokum master who recorded “Lovesick Blues” years before Hank Williams did. His latest album does nothing to dispel that suspicion.

Besides the title song, which sounds like Hank Ballard fronting a rockabilly band, the best tracks here are “The Zombie,” a calypso-flavored dance tune, and the simply lovely “On a Desert Isle.” * Lords & Ladies by The Upper Crust and The Grannies. This is a split album by a hard-rocking Boston band that dress up like 18th-century powdered-wigged fops and an insane San Francisco punk group that costume themselves like a nightmare version of your grandmother’s bridge club. The two groups toured together last year, which must have been quite a spectacle.

I’ll admit upfront that I’m biased — I’ve been a Grannies fan for a few years now — so when I got this CD I went straight to the Grannies’ section.

Those last five songs are five strong kicks in the teeth, which I mean in the nicest possible way. It’s furious filth that makes you want to joyfully smash things. That’s especially true for the last track, “Skylab," the musical equivalent of being struck by a hunk of burning debris falling from space.

The only disappointing thing about the Grannies here is that there are only five songs. The Upper Crust play a more ragged version of an AC/DC inspired sound on their allotted songs — all live recordings. They ain’t bad. but they ain’t The Grannies. I’d trade the Crusts’ five songs for five more Grannies tunes any day.

Though this live on the radio SCAC video is labeled "4th Commandment," it's actually the 5th.

Make way for The Grannies. Watch out for flying space debris!

And here is The Upper Crust