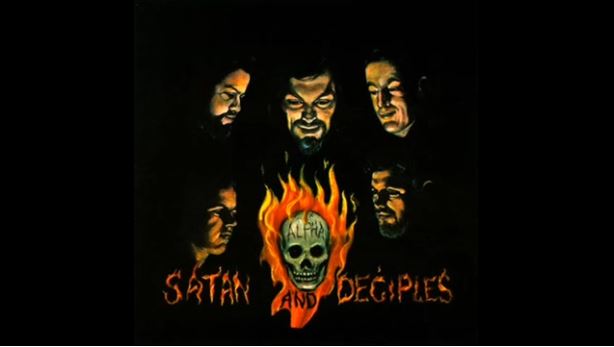 Perhaps demonic forces led me to this Louisiana band I stumbled across while screwing around on YouTube a couple of weeks ago.

But if that's true, I'm glad they did.

The name of the group is "Satan & Deciples." Apparently they released only one album, 1969's Underground. At first I thought this was just some screwball pyschedelic era psuedo-cosmic garage music, some Dixie-fried version of The Crazy World of Arthur Brown. The "Satanism" here is purely jive, despite some heavy theology in their song "Satan's First Theme."

"Now there's a book they call The Bible.
I ought to sue the writers for slander and liable ..."


Then I learned that there was a secret celebrity among the Deciples. The back cover of the 2012 CD release says:

"This cult 1969 release is thought to have been masterminded by hip Latino rockabilly guitarist Freddy Fender. Despite their best efforts to sound sinister , and the sleeve's claim that the band [is] "unbelievable, individual, idealistic," their sole album stands as one of the goofiest garage releases of the period."

And I actually found a little more information from a folklore blog, the University of North Carolina's Field Trip South, which is dedicated to exploring the university's Southern Folklore Collection. (pretty highfalutin for a bunch of dumb-ass Devil songs, no?)  From the Halloween Eve 2013 post:

Just this morning, preservation audio engineer Brian Paulson digitized the Goldband Records master tape of Satan and the Deciples ... in the Goldband Recording Corporation Collection... , as part of our current digitization project, "From the Piedmont to the Swamplands: Preserving Southern Traditional Music."  ...

Not much is known about Satan and the Deciples (aka Satan and Satin’s Roses, aka Satin and the Deciples). The theory we agreed upon in the Rivers Studio accepts that the band rose out of the swamps around Lake Charles, called from eternal slumber to terrorize the honky-tonks of East Texas like so many of the undead. Other more likely theories suggest the band was a novelty project made up of a crew of local bar band musicians that liked scary movies. Considering the Deciples featured one Baldemar Huerta (aka Freddy Fender who co-wrote both tracks on this tape) on lead guitar, the latter theory is more plausible.

And I found this review on the Bad Cat Records site 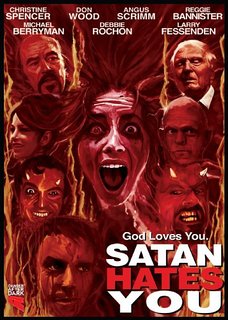 1969’s “Underground” is one of those album’s most folks will find thoroughly appalling.  Lyrically, musically, thematically, and sonically it’s hard to argue the point.  To be honest, a bunch of 5th graders could have probably come up with something at least as good.  ... Overlooking the obvious characteristics, this is one strange effort.  About half of the collection recalled Sam the Sham and Pharohs-styled garage rock (had they been forced to play with one arm behind their backs).  With his sing/song vocals on tracks like the crazed ‘Devil Time‘ and ‘Satan On Universe’ the anonymous lead singer sounded like Sam Samudio, or Root Boy Slim after soaking in warm Budweiser for a week. Exemplified by material like ‘Satan’s First Theme’, ‘Ensane’ (sic) and the seemingly endless ‘Book of Alpha’ (and you thought high school science class dragged on), the predominant satanic theme was about as ominous and threatening as a teletubby. Maybe it was just me, but backing vocals that included the phrase ‘he’s the booger man’ didn’t really serve to frighten the listener.


So have fun, Booger Man. Here are a few songs, and if you want this music for your own, get it on on Amazon (I did!)

This one must be the Deciples'  "Hey Hey, We're the Monkees." It's called "Satan's First Theme"

Here's the "Mummy's Curse," (Mummies are like that, yeah they are!)

And what the heck, here's the whole album!