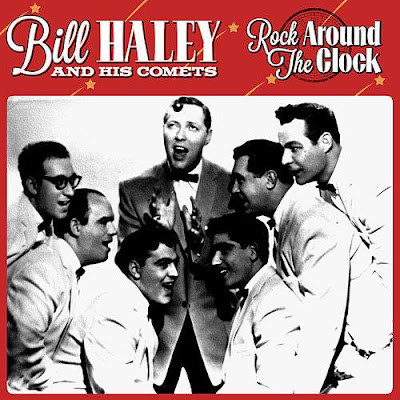 But throughout his troubled life, Haley never received the respect he deserved as a rock innovator.
From the Allmusic Guide:

Bill Haley is the neglected hero of early rock & roll. Elvis Presley and Buddy Holly are ensconced in the heavens, transformed into veritable constellations in the rock music firmament, their music respected by writers and scholars as well as the record-buying public, virtually every note of music they ever recorded theoretically eligible for release. ... he's often treated as little more than a glorified footnote, an anomaly that came and went very quickly, in most histories of the music. The truth is, Bill Haley came along a lot earlier than most people realize and the histories usually acknowledge, and he went on making good music for years longer than is usually recognized.

Haley's final years, in which he lived in the Rio Grande Valley in south Texas, were marked by
alcoholism and erratic behavior.  According to an article on the Pop History Dig website

... in May 1980, Haley set off to tour once again, this time to South Africa for three weeks of shows. But there, according to his wife Martha who traveled with him, he had some bizarre moments on stage, telling stories to his audience rather than singing. Back in Texas, in the fall of 1980, family members noticed more odd behavior, including his son Jack, who had come for a brief visit that proved troubling. Old friends and former business associates were getting rambling, late night phone calls as well. At this point, he appears to have begun living in the pool house, while the family stayed in the main house. In the fall of 1980, Haley was picked up by the police and detained, then bailed out by Martha, who had him see a psychiatrist, who gave him some medication. Some believe Haley may have had an underlying anxiety disorder, leading to a chemical imbalance in the brain, with Haley then self-medicating with alcohol. In any case, there were more episodes of Haley’s odd behavior, some paranoia, and becoming almost a Jekyll-and-Hyde type character. There had also been news reports of Haley having a brain tumor, but these appear to have been fabrications, or false stories used to keep him from further touring. 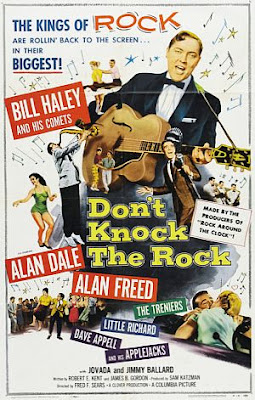 Bill Haley, Jr. talked about his father's life and death in a 2013 interview with the New Zealand music magazine Elsewhere

My father didn't live up to his responsibilities as a father and I think that troubled him and ate at him, but the fact he became an alcoholic really spun him out of control and there was a physical deterioration and mental instability. There were rumours he had brain cancer and there were other explanations for his erratic behaviour. He would spend hours and hours in the middle of the night calling friends and acquaintances, myself included, but I can tell you of one instance in particular where he said “I'll call you in the morning”.

Now I didn't think he would, but he did and he was sober which was the exception not the rule. And he was clear, alert and lucid. So I think the drinking was the real cause of the behaviours which leads to the speculation as to what the real issues were.

And I gotta say this about my dad, he had a tendency to fabricate things – why I don't know – but I think it goes into the cause of his alcoholism which was guilt.

If the question is what do I think killed him, it was alcoholism exacerbated by a guilty conscience. That's my best answer.

According to Pop History Dig: 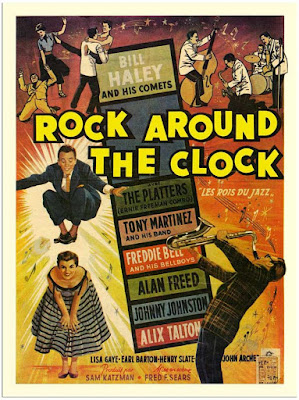 One evening in February 1981, Haley’s youngest daughter, Martha Maria, living in the main house in Texas, had brought her father some food in his pool house. She has recalled being very sad at the experience, as he gave her “the biggest hug” that evening. Crying as she relayed the story of seeing her father, she described the scene: “I wanted to get out of there. It was so painful to see him in that condition. He was lonely and wanted to feel loved.” Bill Haley died the next day. He was 55 years old. News reports listed “natural causes” in Haley’s death, likely a heart attack. He was found fully clothed on his bed in the pool house after the mailman came by.

...  In some ways, no doubt, the lack of recognition contributed to his sad ending, breaking his spirit. True, Haley had his demons and insecurities, not least was his life-long impaired vision in one eye. Others suggest that he may not have had the personality for the life he chose and was just not a good fit for the high-exposure world of pop music celebrity. ... In the end, Bill Haley was a musician, with an irresistible itch to scratch – to record, to write, to create something new. Which he did in some profusion.

To commemorate Haley on his birthday, let's go a bit beyond "Rock Around the Clock." Here are some other songs by Bill Haley & His Comets. First one called "Crazy Man Crazy."

This one has been a favorite of mine since childhood.

Here's one that indeed is "barbaric."

And here's that powerful song by Tom Russell and Dave Alvin (backed by Katy Moffat in this version.)