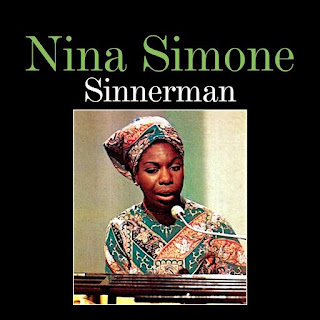 It's one of the most frightening spirituals ever sung on American soil: "Sinner Man."

It's about a sinner trying to escape from the hands of an angry God. "Oh, sinner man, where you gonna run to /
All on that day?" But everywhere he goes, everything is -- literally, I guess -- going to Hell.

I suppose the song is ancient. Certainly the terrifying theology behind it is.

The earliest version I can find is a song included in a 1911 collection of songs, The Most Popular Plantation Songs, compiled by Gilbert Clifford Noble (co-founder of Barnes & Noble. The lyrics are somewhat different, but the same idea is there:

The theme of a sinner running from the wrath of God has appeared in many songs. In 1954, a gospel group called he Sensational Nightingales recorded a tune called "On the Judgement Day," which basically is "Sinner Man," and apparently has been renamed "Sinner Man" in later releases.

A couple of years later, swing man Les Baxter recorded his take on "Sinner Man" (with vocals by Will Holt.)

Another gospel group, The Swan Silvertones, did a version that sounds a lot like a tune called "Run, Sinner Run," recorded by Josh White and The Golden Gate Quartet in 1940.

The Weavers introduced "Sinner Man" to the folk music world.

Down in Jamaica in 1966 The Wailers recorded a proto-reggae version of "Sinner Man." A decade later, Wailer Peter Tosh turned the song into "Downpresser Man."

But it was Nina Simone who, in the early '60s, brought new fire into "Sinner Man" in a 10-minute, piano-driven version.

Here are a couple of 21st Century "Sinner Man" takes. In 2002, tThe Colorado goth-country 16 Horsepower put their own peculiar stamp on the song.

And Black Diamond Heavies recorded a powerful version in 2008.

But my favorite "Sinner Man" is the two-part romp recorded by R&B mutant Esquerita in the mid '60s but not released until 2012. It's definitely based on the Nina Simone version, though it's even wilder. Here's Part Two. Hang on and run to the rock! 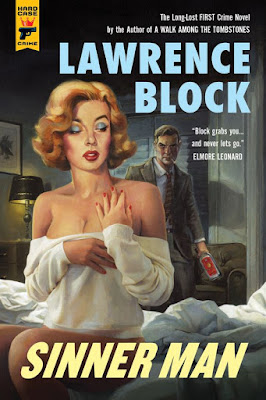