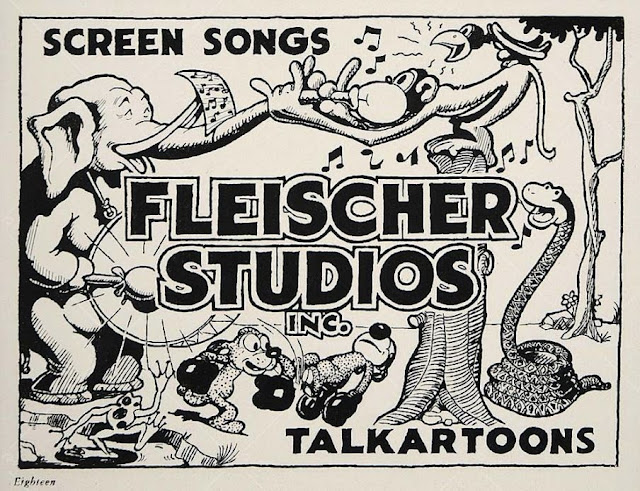 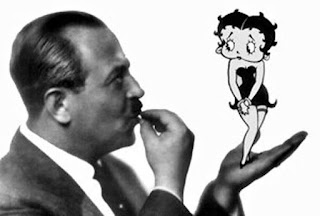 Chances are the ones you remember that match this description were probably the work of Max Fleischer, the Austrian-born animation master who was born on this day in 1883.

Happy birthday Max. Here's a musical tribute to you.

Fleischer, who created Betty Boop as well as the first Popeye cartoons, basically was the anti-Disney. With his brother Dave Fleischer directing many of his classic works, Max never was as successful as Uncle Walt, but for most of us believers in the subversive power of old cartoons, Max Fleischer is the mad king.

His work was psychedelic -- years before the invention of LSD. They were full of multi-layered gags, obscure, throwaway pop culture references and, best of all, sexual innuendo.

As animation historian Jerry Beck wrote in the introduction of Ray Pointer's The Art and Inventions of Max Fleischer: American Animation Pioneer

"... the Fleischer universe was populated by individuals straight out of the diverse immigrant culture that surround that studio in New York City. Wise guys and con men, obese hippos and `gangsta' gorillas, tattooed sailors and a sexy bitch named Betty ... These were the denizens of Fleischer's world."

And another element that contributed greatly to the crazy energy of Fleischer's cartoons was the music, especially the jazz of the era. For instance, untold numbers of youngsters and probably a lot of oldsters were first introduced to the music of  Cab Calloway.

This is an early (1930) short called "Swing You Sinners" featuring popular crooner Billy Murray on vocals.

Fleischer produced a series of live action / cartoon combinations centered around music. Here's a singing cowboy tune, "Twilight on the Trail" featuring Louise Massey and their band The Westerners (following some cowpoke jive by one of Massey's brothers.) Don't forget to follow the bouncing ball to sing along

Rudy Vallee appears in "Betty Coed" (1931) featuring the title character, who I suspect is a proto-Boop.

And finally here's Irene Bordoni singing "Just a Gigolo" in this 1932 cartoon with Betty Boop.