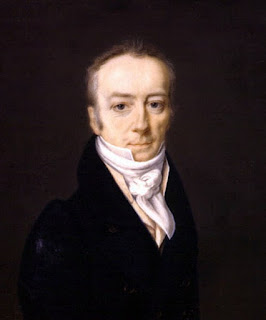 Back in 1846 on this very day, President James J. Polk signed into law the Smithsonian Institution Act, which established this nation's national museum.

Congress chartered the Smithsonian Institution This came after James Smithson, a British chemist and mineralogist (and the bastard son of an English duke), donated $500,000 to the U.S. for this purpose.

According to Smithson's biography on the Smithsonian Arvhives website:

James Smithson wrote a draft of his Last Will and Testament in 1826 in London, only three years before he died. He died on June 27, 1829, in Genoa, Italy, [and] was buried in a British cemetery. The will left his estate to his nephew, Henry James Hungerford, and stated that if his nephew died without an heir, the money would go "to the United States of America, to found at Washington, under the name of the Smithsonian Institution, an establishment for the increase and diffusion of knowledge ...." After his nephew died without an heir [in 1835],  Smithson's estate did come to the United States and a debate began about what this new institution would be.

Strangely, Smithson had never set foot in the U.S.

Another Smithsonian page ponders the possible reasons for the unusual bequest.

Did he feel his gift would have more impact on a young nation with only a few major educational and research institutions?

Did he hope to immortalize himself in the United States in reaction to opportunities denied him in Britain by his illegitimacy? (Smithson once wrote, "On my father's side I am a Northumberland, on my mother's I am related to kings, but this avails me not.")

Was he inspired by the tenets of many scientific societies of his day that held that civilization could achieve perfection through increased knowledge and public education?

To honor the Smithsonian here is an array of music videos from the Smithsonian's own record label, Smithsonian Folkways. (The Folkways label was created in 1948 by Moses Asch, a Polish-born recording engineer and folk music enthusiast. The Smithsonian acquired the label in 1987)

Let's keep this music -- and the spirit of The Smithsonian -- going!

The Seldom Scene cover a John Fogerty song about Elvis.