TERRELL'S TUNE-UP: Yawpin' All Over the World

A version of this was published in The Santa Fe New Mexican
Sept. 15, 2017 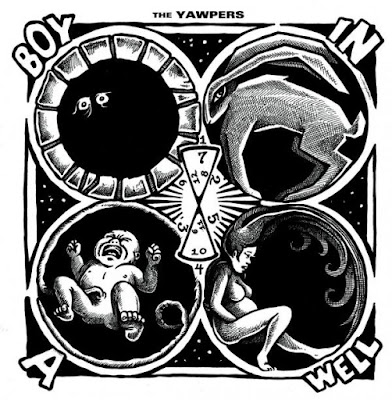 It took a few weeks for Boy in a Well, the new album by The Yawpers, to grow on me. I’m not exactly sure why my appreciation was delayed. Perhaps I was trying to follow the weird storyline running through the song lyrics. (No, it’s not a rock opera, so relax, skeptics.)

Maybe I was unfairly trying to compare the songs here to other songs dealing with World War I (Homework assignment: Familiarize yourself with the work of Eric Bogle, writer of “And the Band Played Waltzing Matilda” and “The Green Fields of France”).

But after a few listens, grow it did, and I came to realize this rowdy little band from Denver has created one of the most rocking little albums of the year. And now I can’t get enough.

Here’s a thumbnail sketch of the plot from Boy in a Well. It deals with the illegitimate child of a French woman who makes a little whoopee with an American soldier on the day in 1918 that the warring nations signed the peace treaty that ended that senseless conflict. Shamed by her family, the mother drops the baby down a well shortly after giving birth. But the kid survives and his mom, who thinks he’s the second coming of Jesus (!), keeps dropping food down the well to sustain him. Finally he grows up and climbs out. What follows might be described as a series of Oedipal wrecks.

According to the Bloodshot Records promo material for the album, “The story-vision was initially conjured by lead singer Nate Cook, after a reckless combination of alcohol, half a bottle of Dramamine, and an early morning flight.” (It’s an old trick, but sometimes it works. Maybe that’s how Walt Whitman came up with the line that spawned the name of this band: “I sound my barbaric yawp over the roofs of the world.”)

But as I said above, this crazy plot is nearly impossible to cull from Cook’s vocals. I cheated and read a song-by-song description by Cook and Yawpers drummer Noah Shomberg on the website Consequence of Sound last month. There is also a graphic novel — we called ’em “comic books” when I was a lad — illustrated by Legendary Shack Shakers frontman Col. J.D. Wilkes. You can see a preview in Paste magazine: 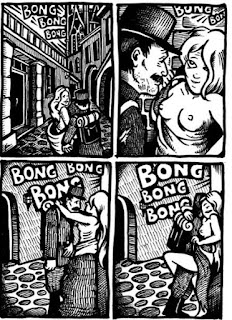 But as interesting as this story turns out to be, it’s the music, not the words that seals the deal. With big sonic traces of Shack Shakers, The Gun Club, ZZ Top, and their own twisted take on rockabilly, The Yawpers rip through most these songs with an urgency that’s undeniable.

You hear it in the very first song, “Armistice Day,” where, after some portentous piano, the group comes in with a chugging rhythm that starts off relatively laid-back, though the drums and guitars steadily build in intensity until by the last verse, the band is wailing. The next song, “A Decision is Made,” is raw psychobilly freakout.

The next couple of tunes, “A Visitor Is Welcomed” and “Room With a View,” are slow and melodic. And thus comes one of my few qualms about this record. I can understand the need for a breather now and then, and the change of pace now and then can make an album feel richer. For instance, later in the album, there’s a number called “The Awe and the Anguish” that, for most of the song, is a raw acoustic blues before it turns into a thrashing stomper in the last verse. And that works. But the fact that these two mellow tunes, “Visitor” and “Room,” are right next to each other — and come so early in the track list — screws with the momentum of the album.

Fortunately the next track, “Mon Dieu,” is a wild ride. And so is the rest of the album. While there are a couple more slow songs (the gorgeous “God’s Mercy” and the final song, “Reunion”), Boy in a Well is an exhilarating blast of unabashed rock ’n’ roll. Yawpers, keep on yawpin’.

Check out www.bloodshotrecords.com/album/boy-well. Besides the album in various formats, you also can purchase Col. Wilkes’ graphic novel there. 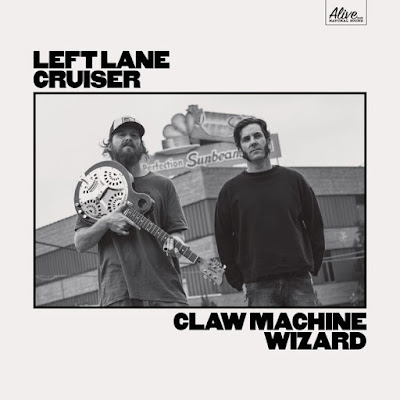 * Claw Machine Wizard by Left Lane Cruiser. Hey, I’m not the only guy in New Mexico who likes Left Lane Cruiser. Skinny Pete, an Albuquerque drug dealer, also digs them. At least LLC was playing in his car during a scene in the third season of Breaking Bad.

I bet Skinny Pete also would like the Indiana duo’s new one, released earlier this year. Frontman Freddy “Joe” Evans IV — who plays slide guitar and sings, is backed by drummer Pete Dio (no relation to Skinny Pete), who came on board a couple of years ago.

Like previous Cruiser albums, this record Aconsists mostly of good old basic stripped-down gutter blues. However, there are a couple of tracks that show hints of (gulp) variety. “Lay Down” features a reggae groove (think Bob Marley’s “Jamming”), while “Smoke Break,” which begins with a short drum solo, is an instrumental that showcases a jazzy organ by producer Jason Davis.

And on the final song, the slow-boiling, six-minute “Indigenous,” there might — I said might — be some kind of political message buried under the roaring sludge. Some of the only lyrics I can make out in the first verse are “The grand wizard raised a hand,” which implies some kind of Ku Klux Klan action. Later in the song, other lyrics I can sort of understand include, “Don’t we all, baby, have to lift each other up?” and later something about “hateful hypocrisy.” In the refrain, Evans sings, “Rise up, my friend.”

It ain’t Woody Guthrie, but it ain’t bad.

Cruise in the Left Lane at www.alive-records.com/artist/left-lane-cruiser. It’s got Spotify embeds for this and several other LLC albums on the Alive/Natural Sound label.

Let's start with a  couple of live versions of songs from Boy in a Well.