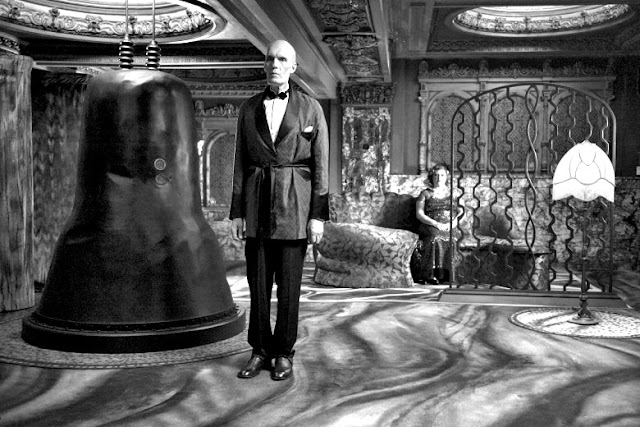 I miss it already.

And for those of you who miss it too, here is some Twin Peaks music to help ease the pain.

Let's start out with Special Agent Tammy Preston (in her guise as singer Chrysta Bell) singing "Sycamore Trees," written by Lynch and Angelo Badalamenti and originally sung by Little Jimmy Sott in The Black Lodge in the final episode of Season 2.

Here's the group Xiu Xiu, which recently recorded an entire album of Twin Peaks music, doing "Into the Night."

My favorite discovery among all the Roadhouse bands that played on The Return was The Cactus Brothers. These guys apparently worship The Everly Brothers -- and that's OK by me. I've been playing a lot of their songs in recent weeks on The Santa Fe Opry.

From the original series, James, Donna and Maddy sing "Just You." (James reprised this at The Roadhouse in The Return.)

But the singer most identified with Twin Peaks -- and rightly so -- is Julee Cruise. "The World Spins" is the song she sang in the Roadhouse (while Leland was busy killing Maddy back at the Palmer house) in the original series. She also sang it at the end of Part 17 last night. I believe this clip is from a Lynch/Badalamenti project called Industrial Symphony No. 1.