WACKY WEDNESDAY: The End of The World 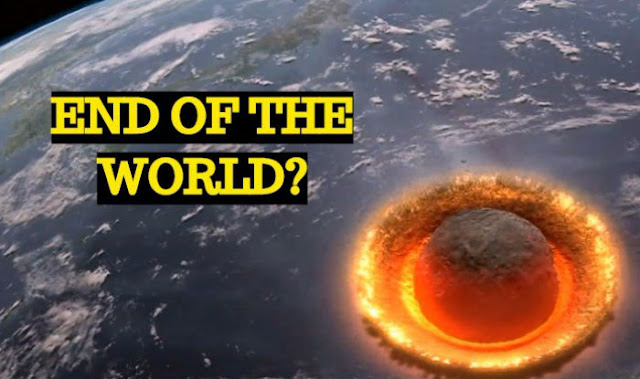 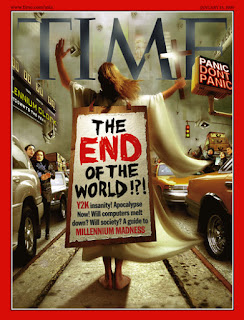 Once again some self-proclaimed Bible expert gave an exact date -- Saturday, September 23, 2017 -- when the world would go KABLOOEY as foretold by the ancients.

And now, this funky dude, "researcher" David Meade, says he made a slight miscalculation. The end will come in October. Meade now says.

That reminds me of a friend of mine who staunchly believed that Y2K would lead to a meltdown of civilization. When I chided him about this on Jan. 2, 2000, he said, "Well now I hear it's going to happen in a couple of months ..."

The history of religions, cults and weird beliefs in America (and I assume elsewhere) is full of Doomsdays that turned out to be duds. There are too many numskulls who believe this crap -- though there probably are too many of us who love making fun of it.

And a lot of musicians in recent decades have created a lot of songs dealing with the end of the world.

Let's start with The Jefferson Airplane's greatest stab at apocalypse rock, "The House at Pooneil Corners." It was the final cut on their 1968 Crown of Creation album. The one with the mushroom cloud.

This one by R.E.M. is overplayed, but I still love it. In contrast to the stern sincerity of The Jefferson Airplane, Michael Stipe dripped with irony as he rattled off the lyrics:

The anchor man has seven eyes
Seven horns and seven ties
He says "The end is near
In fact, it's here."
The sky rolls up and disappears ...

But more than 50 years later, my favorite is still the classic by the late Skeeter Davis. Technically, "End of the World" is not literally about the destruction of the planet Earth. There are no stars spinning wheels in the sky or raining mackerel or seven-eyed anchor men. But Skeeter's sweet voice and sad eyes tell a story of personal apocalypse that still makes me shudder sometimes.