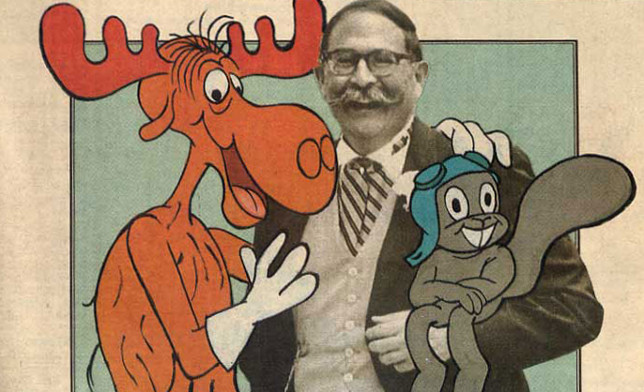 Jay Ward, the comic genius who created Rocky & Bullwinkle and other classic cartoons from the 1950s and '60s, would have been 97 today. 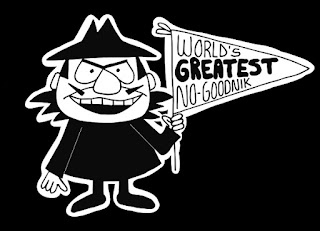 I'm part of the generation that grew up on the bad puns, primitive animation and rich, witty dialogue that was Rocky and His Friends ... later called The Rocky and Bullwinkle Show ... then later, The Bullwinkle Show. The adventures of Rocket J. Squirrel and Bullwinkle Moose were an important part of the TV culture that shaped my life. Even as a young child I always assumed there was something just a little deeper, (and jokes I would better understand when I got a little older), beneath the surface of the wacky denizens of Frostbite Falls.

For one thing, the bumbling characters of Boris Badenov and Natasha Fatale even made the paranoia generated by the Cold War -- anxieties felt even by little kids back then -- seem a little easier to take.

Ward died in 1989, But Bullwinkle and his pals live on.

So here on this music blog, let's celebrate the life and career of Jay Ward with some of his instrumental music used on his shows.

Here's his most famous theme song.

And here is a later variation

One of the most popular segments on Rocky & Bullwinkle was the Canadian Mountie, Dudley Do-Right. Here's his song, all 22 seconds of it.

Later, Jay Ward's studios introduced some other shows. Both George of the Jungle, a Tarzan spoof, and Super Chicken, Ward's answer to the super-hero craze, had theme songs that were better than the actual shows.

Here's George's song. Remember, "Watch out for that tree!"

"You knew the job was dangerous when you took it."

Finally, here's the ultimate Jay Ward musical experience, a rare 1962 album called Moosylvania Jazz Festival, allegedly the brainchild of Ward himself. The mysterious forces behind the Bambino Musical have put together a page lovingly devoted to this album.

From the liner notes: 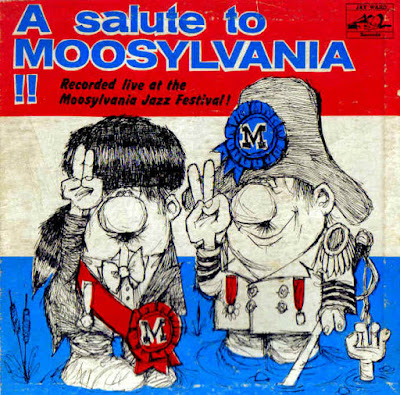 The time: 12:45 AM - - the date: June 14, 1962 - - the temperature: 12 degrees above zero - - the place: The 1st Annual Moosylvania Jazz Festival.  Wee Bonnie Baker had just left the stand after a three-hour stint that had left the audience of 18 hardy jazz buffs limp, bur still screaming for more. Backstage, impresario Jay Ward, promoter of the event, had just received a phone call from Albert White and the Morris Plan Masters of Melody, who were to appear next on the program in a musical pageant saluting the announcement of Moosylvania's application for state-hood. Entitled "A Musical Pageant Saluting the Announcement of Moosylvania's Application For Statehood'', this was to be the highlight of the entire festival. It seems that their chartered bus had encountered a midsummer blizzard about seven mites from the Bullwinkle Bowl, where the festival was being held, and they were trapped in an eight foot snowdrift. Undismayed by this unlucky turn of events , the nimble-minded Ward quickly recruited a ''pick-up" band and glee club from the audience, including three comb-and-tissue paper players, a musical bottle virtuoso, and a Samoan conch-shell blower. With only five minutes rehearsal backstage, the makeshift ensemble took their places before the skeptical audience. Before the closing notes of their first number were completed, cheers and shouts of "go man, go!'' and ''Lynch 'em!" rocked the famous old amphitheatre. A new jazz legend was born!

The MP3s of all nine songs from the album are on the Bambino Musical site, available for free downloading. I've embedded the first track, "Moosylvania Anthem" below. Enjoy!