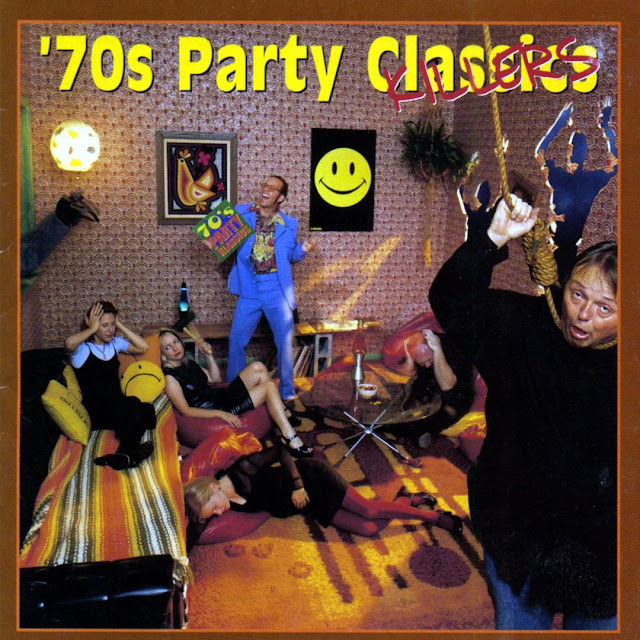 Imagine the worst of 1970s pop music -- the wimpiest, the sappiest, the most self-indulgent Top 40 schmaltz of the Me Decade -- neatly compiled onto one loathsome but irresistible compact disc.

That was the case of a fiendishly perverse, but somehow subversive compilation on Rhino Records released just a couple of years before the end of the century: 70's Party Classics Killers

I couldn't resist reviewing Party Killers in my March 27, 1998 Terrell's Tune-up column, writing with both disgust and awe: 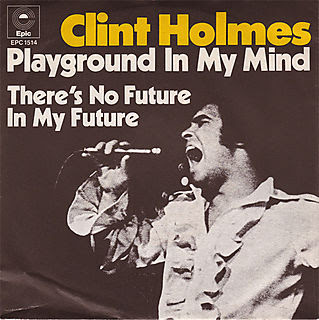 "The last time anyone put so many wretched songs ... into such a concentrated form had to be the Circle Jerks in their "Golden Shower of Hits" medley. In fact, a couple of the songs the Jerks covered, `You're Having My Baby' and `Afternoon Delight' are here in their insidious original forms.

"The result is a record far more evil than Marilyn Manson could ever come up with. You realize that by the time you hear the weird child's voice chirping `My name is Michael, I've got a nickel' in the chorus of Clint Holme's 'Playground of My Mind.' "

1. "Tie A Yellow Ribbon Round The Ole Oak Tree" by Tony Orlando & Dawn
2. "The Night Chicago Died" by Paper Lace
3. "Billy, Don't Be A Hero" by Bo Donaldson & The Heywoods
4. "(You're) Having My Baby" by Paul Anka
5. "Playground In My Mind" by Clint Holmes
6. "Feelings" by Morris Albert
7. "Sometimes When We Touch" by Dan Hill
8. "The Candy Man" by Sammy Davis, Jr.
9. "Afternoon Delight" by The Starland Vocal Band
10. "Torn Between Two Lovers" by Mary MacGregor
11. "Escape (The Pina Colada Song)" by Rupert Holmes
12. "Muskrat Love" by The Captain & Tennille

A good number of these artists were one-hit wonders. But what's frightening to realize is that three of these acts --  Tony Orlando & Dawn; The Starland Vocal Band and The Captain & Tennille -- all had their own tacky network TV variety shows in the 1970s,

I concluded in my review, "All in all, '70s Party Killers is so bad it's ... still bad. But sometimes bad is more fun than good." 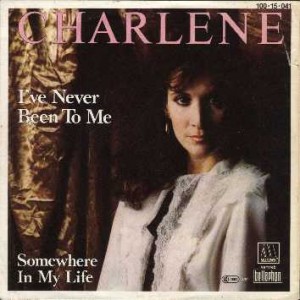 But this douchie dozen does not represent all the achingly bad music of the '70s. The whole decade was overflowing with similarly awful pop hits. In fact, nearly 20 years have passed since Rhino unleased 70's Party Classics Killers. I believe it's time for Volume 2

So I'm going to suggest the first five tracks for this sinister sequel and I want you gentle readers to help chose the next five or six or seven tracks.

Please leave your nominees in the comments section (here or on my Facebook page), preferably with a YouTube link. Try not to repeat any that were on the original compilation. (See list above.)

Don't worry, there's probably no chance in Hell that Rhino Records or anyone else will pick up the idea. (But you never know.)

Here are my five nominees:

1 "Never Been to Me" by Charlene. My daughter Molly gets the credit (or blame) for this one.

2 "Seasons in the Sun" sung by Terry Jacks, with lyrics by Rod McKeun. (It's also important, so very important, to hear Too Much Joy's version, which includes a McKeun verse that the evil Terry Jacks, as TMJ called him, omitted.)


3) "You Light Up My Life" by Debby Boone. Yep, that's Pat's daughter. This is the only song here with obvious religious overtones -- though Jesus tells me that He hates crappy music.

4) "Me and You and a Dog Named Boo" by Lobo. I love dogs. But this song makes me question those feelings.

5) "Sad Eyes" by Robert Johns. Poor Robert. He obviously was suffering from Bee Gees Disease. We shouldn't mock him.

So hit me with your worst shots and tell me what '70s dreck you'd include on 70's Party Classics Killers Vol. 2.