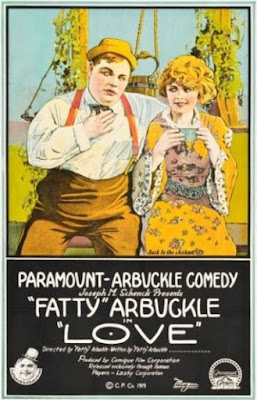 Ninety-six years ago this week, Sept. 5, 1921, an aspiring actress named Virginia Rappe suffered a ruptured bladder at a party in the St. Francis Hotel in San Francisco. She'd been in the company of one of the greatest comedians of the silent-movie era, Roscoe "Fatty" Arbuckle.

He was arrested on charges of manslaughter and booked without bail.

According to a 2011 piece by Gilbert King for Smithsonian.com:

The Hearst papers had a field day with the story—the publisher would later say the Fatty Arbuckle scandal sold more papers than the sinking of the Lusitania. While sexually assaulting Virginia Rappe, the papers surmised, the 266-pound star had ruptured her bladder; the San Francisco Examiner ran an editorial cartoon titled “They Walked Into His Parlor,” featuring Arbuckle in the middle of a giant spider web with two liquor bottles at hand and seven women caught in the web. Rumors that he had committed sexual depravities began to swirl.

The rumors were nasty. Some assumed he crushed her with his weight during an attempted rape. Some claimed Arbuckle penetrated Rappe with an empty bottle.

Basically everyone in the country assumed Arbuckle was a big fat perv who attacked this poor girl. 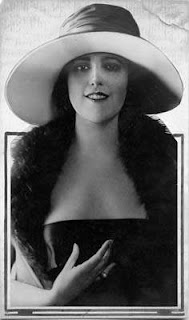 But not everyone believed it. Arbuckle went to trial for Rappe's death three times. The first two trials ended in hung juries. In the last one, the jury voted to acquit the comic, taking the rare step of sending him a note of apology.

Acquittal is not enough for Roscoe Arbuckle. We feel that a great injustice has been done to him … there was not the slightest proof adduced to connect him in any way with the commission of a crime. He was manly throughout the case and told a straightforward story which we all believe. We wish him success and hope that the American people will take the judgment of fourteen men and women that Roscoe Arbuckle is entirely innocent and free from all blame.

According to The Smithsonian article:

Arbuckle’s lawyers introduced medical evidence showing that Rappe had had a chronic bladder condition, and her autopsy concluded that there “were no marks of violence on the body, no signs that the girl had been attacked in any way.”

And the jury's hope that the public would take their judgement and realize Arbuckle was innocent didn't happen.

Arbuckle was banned from the movie industry for several months and basically considered box office poison. He worked behind the scenes as a director on some films under an assumed name. In 1933 he died of a heart attack.

But one contemporary American jazzman did. Trumpet player Dave Douglas in 2005 released an album called Keystone, named for the Hollywood studio where Arbuckle filmed some of his greatest work (and yes, the namesake of The Keystone Cops.)

“Aside from liking the movies, one of the things that encouraged me to do this project was to vindicate Roscoe Arbuckle,” Douglas told Jazz Times. “I think that he really ought to be considered with Buster Keaton, Charlie Chaplin and Harold Lloyd as one of the masters of the genre."

Keystone is a two-disc set including a CD and a DVD, The CD that contains 11 music tracks Douglas composed for Arbuckle’s films. The DVD features Arbuckle’s 1915 film Fatty and Mabel Adrift, accompanied by Douglas’ score and a music video for  “Just Another Murder” that has footage from Arbuckle's 1915 film “Fatty’s Tin-Type Tangle.”

But even after Keystone, Douglas continued playing around with music for Arbuckle's comedy shorts. This is "Moonshine" posted on Youtube by Douglas' Greenleaf label in 2008. It's the title track from his album released that year.

And here is a Keystone outtake called "Fatty's Plucky Pup."

Finally, here's Keystone in its entirety on Spotify