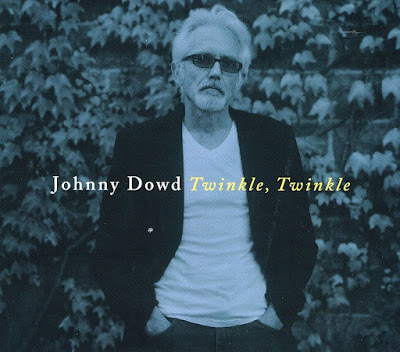 Neil Young’s Americana, with its fearsome take on “She’ll Be Comin’ ’Round the Mountain” (retitled “Jesus’ Chariot” and recast as an appeal to our space-alien forefathers), is a prime example of this. Lesser known is Snakefarm’s Songs From My Funeral, in which singer Anna Domino puts a funky, electronic, atmospheric twist on spooky old tunes like “St. James Infirmary Blues,” “Banks of the Ohio,” and “House of the Rising Sun.”

If stodgy old purists balked at these efforts, Johnny Dowd’s new album Twinkle, Twinkle should give them all heart attacks. Dowd doesn’t bring these songs into the present. He doesn’t take them to the future. He takes them straight to hell — and listeners not only will feel the heat, they’ll smell the devil’s breath.

With Dowd on vocals, guitar (torturing the poor thing), keyboards, and other instruments, plus backing vocals by Anna Coogan and Michael Edmondson, most of the songs here will take on different shades, spotlight hidden corners, and reveal strange new meanings. It’s like a dream in which familiar things — in this case, the lyrics of the songs — melt into menacing new forms. The closest comparison I can come up with is The Residents, those mysterious masked mutants who have applied their strange craft to the works of Elvis, Hank Williams Sr., James Brown, and others. Dowd sounds downright Residential on this album.

Dowd’s prominent drawl is not affected. He was raised in Texas and Oklahoma. But for the last few decades he has resided in Ithaca, New York, where he has earned his daily bread operating a moving company. He didn’t start recording until he was nearly fifty, when he released his 1998 debut, Wrong Side of Memphis, full of off-kilter original murder ballads and other tales of the underbelly.

Starting off Twinkle, Twinkle with an original song called “Execute American Folklore, Again” (an obvious reference to the title of his previous album), Dowd lays out his purpose. And while you’re still scratching your head over that one, he goes into the title song, a version of “Twinkle Twinkle Little Star” with industrial percussion, Coogan singing a surreal soprano, and a demonic electronic voice that seems to be mocking Dowd’s earnest recitation. 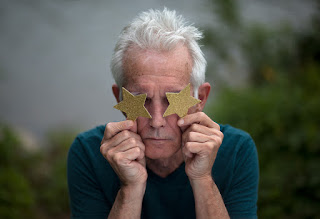 That’s followed by a Dada-like take on one of my favorite folk songs. Even before Dowd got his hands on it, “The Cuckoo” was filled with mystery, with its seemingly unconnected references to Independence Day (“She never hollers cuckoo ’til the fourth day of July”) and the Jack of Diamonds robbing you of your silver and your gold. It’s an old British ballad that I suspect has evolved into a patchwork of two or three songs. It became a folk-scene standard in the ’50s when Harry Smith put Clarence Ashley’s version of it on his Anthology of American Folk Music. There are great versions by Doc Watson, The Holy Modal Rounders, Taj Mahal, Dave Alvin, and — perhaps my favorite — by Big Brother & The Holding Company. But Dowd does the most cuckoo “Cuckoo.” He makes this bird holler louder than anyone (and several months before the fourth of July).

Dowd’s take on the New Orleans classic “St. James Infirmary Blues” sounds even more ominous than a song about viewing your sweetheart’s corpse in a hospital morgue is supposed to sound. He includes an opening-verse framing device that Cab Calloway and others omitted:

“... Old Joe’s barroom, it was on the corner of the square./The usual crowd was assembled, and Big Joe McKinney was there./He was standing by my shoulder. His eyes were bloodshot red/He turned to the crowd around him and these are the words he said.”

When Dowd sings the part in which the narrator fantasizes about his own funeral, he changes a line, perhaps to add cosmic significance: “Put a $20 gold piece on my watch chain/So that God will know I died standing pat.”

Other highlights of Twinkle, Twinkle include what sounds like a Martian hip-hop interpretation of “Rock of Ages.” Dowd punctuates the versions saying “Rock! I said Rock!” with a crazy guitar twang coming in behind him. On “John the Revelator,” Dowd delivers each line as if he’s relaying information that could get him killed. “Going Down the Road Feeling Bad” sounds like a road trip into another dimension. Yes, it’s strange, but I bet Woody Guthrie would have gotten a kick out of it.

And there’s “Tom Dooley,” in which Dowd ends the song by singing a verse of “Jesus Loves Me.” And on “Oh, My Darling, Clementine,” Dowd actually sings the melody, backed up by Coogan on the choruses. This is about as straight as he plays it, at least until the last minute or so of the song — in which the music gets stranger and “Jesus Loves Me” makes a return.

He ends the album with some Bible verse — “Job 17: 11-17” — taking about as many liberties with the Good Book as he does with the folk songs. The Bible says, “If I wait, the grave is my house: I have made my bed in the darkness. I have said to corruption, `You are my father’: to the worm, `You are my mother, and my sister.’” Dowd adds words you never heard in the Bible: “TGIF, thank God it’s Friday, gonna have a party. ... Hey everybody, come on over to my house.”

When my kids were growing up, I warned them not to accept party invitations from strangers spouting Bible verses full of worms and death. But Dowd’s crazy party is pretty hard to resist.

Well Hell's bells, I couldn't find any videos of Twinkle Twinkle songs to post here. But here are a few of my favorites from the past.

Here's an ode to Nancy Sinatra:

To this next song, I pledged my eternal love .

And going way way back to 1999, this one from Dowd's second album, Pictures from Life's Other Side this one still haunts my nightmares.

October 21 is the birthday of many amazing musical giants of various styles and genres. Happy birthday all! On this day in 1915 Owen Bradley...