THROWBACK THURSDAY: What Do you Know, There's Slim Harpo! 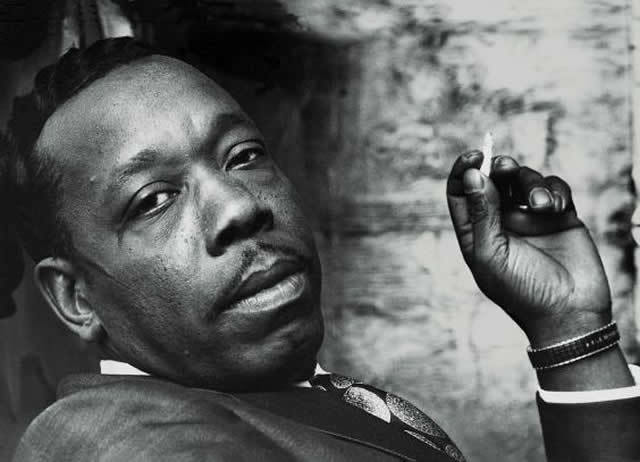 Never heard of him? Me either. But I'm well aware of Moore's secret identity, bluesman Slim Harpo.

He started performing publicly in Baton Rouge under the name of "Harmonica Slim." In 1957 he recorded his first single, "I'm a King Bee" for Excello Records.

A true working class hero, Harpo kept his day jobs while struggling with the music business. In the 1960s he started his own trucking company.

Slim would have been 94 years old today. But he only made it to the age of 46.

There is a lot more on the life of the man at The HoundBlog. And there are a lot of cool songs below.

Here is the song that introduced me to Slim Harpo back when I was in junior high, his first big crossover hit.. The song of course, stands on its own, but I also like this crazy fan--made video.


The Rolling Stones covered Slim's "Shake Your Hips" on their album Exile on Main St. But Slim did it best.

Though it wasn't the hit that "Scratch My Back" was, Harpo's first song, "I'm a King Bee" probably is his most covered. Among those buzzing around this hive were The Stones, The Grateful Dead, The Doors, Pink Floyd (!), Lou Rawls, Kenny Wayne Shepherd and some guy named Muddy Waters.

This is a lesser-known Harpo tune, but it's pretty cool.