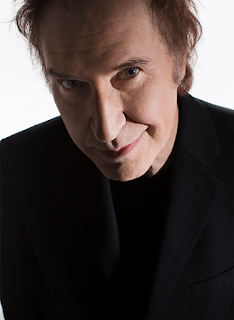 Born in Muswell Hill in North London in 1944, Davies and his younger brother Dave Davies. The two brothers began performing in bands together as teenagers. By 1964, The Kinks had a recording contract. And by that summer, they had a hit with a Ray Davies original, "You Really Got Me."

To honor Ray on his birthday, and to give a hint at how influential Davies and The Kinks have been, I'm going to present several videos of other artists performing Davies songs.

Kinks Kovers, as it were.

Let's start with "I'm Not Like Everybody Else," as done by The Chocolate Watchband

Here's Queens of the Stone Age with their take on "Who'll Be the Next in Line."

Sly & The Family Stone created a funkified version of  "You Really Got Me."

Southern Culture on the Skids put the hillbilly in "Muswell Hillbilly."

The Fall practically made "Victoria" their own.

And The Murder City Devils sound like they're well acquainted with Old Demon "Alcohol."

Finally, here are The Kinks themselves on Shindig in the mid '60s. Damn, they were good!