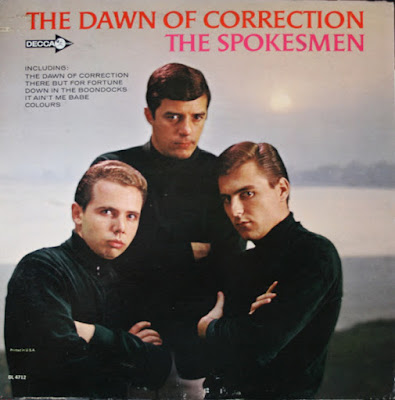 I've always been intrigued by the phenomenon of the "answer song," songs recorded in direct response to some big hit. It was as if the answer-song artist was forcing a conversation with the singer of the original tune.

If there was a popular tune about a bad relationship or break-up, an answer song would  provide perspective from the other party involved. If it was a song involving current events, the answer song would provide a rebuttal.

There are some truly important artists who sang answer songs -- Etta James and Kitty Wells, to name a couple. But there is something so inherently tacky, so nakedly bottom-feederish about the whole game of trying to glom onto someone else's hit, I can't help but love the answer-song.

Did I mention Etta James? In 1955, she answered Hank Ballard's "Work With Me Annie" with "Roll With Me Henry." Ballard answered the answer song with a song called  "Henry's Got Flat Feet (Can't Dance No More)."

Kitty Wells' "It Wasn't God Who Made Honky Tonk Angels" was a response to Hank Thompson"s "The Wild Side of Life."

I never realized that the girl The Big Bopper was talking to on the phone in "Chantilly Lace" was Jayne Mansfield!

Here's another telephone conversation set to song. The thing I love about Jeanne Black's answer to Jim Reeve's "He'll Have to Go" is the fact she complains about her ex-lover being a no-show at a date "just yesterday." But less than 24 hours later, she's lassoed some other funky dude who "Holds me much more tenderly than you."  Girl moves fast!

But Ruby, why do you have to go to town?

A band called The Beach Bums, led by a young and apparently right-wing Bob Seger took Sgt. Barry Sadler's "Ballad of the Green Berets" and turned it into " protest against protesters," an attack on draft dodgers and war resisters.

And responding to Barry McGuire's famous protest tirade "Eve of Destruction" was this song by a jangly trio called The Spokesmen. The song basically says, "Hey Barry, why the long face? Don't you realize the advances in modern medicine and technology? And don't forget the work of the United Nations ..."

Though as a group The Spokesmen were a one-hit wonder, two members  -- John Medora and David White -- had been songwriting partners for years. And they wrote some classics including "At the Hop," performed by Danny & The Juniors and Lesley Gore's proto-feminist  "You Don't Own Me."