A version of this was published in The Santa Fe New Mexican
Sept. 14, 2018 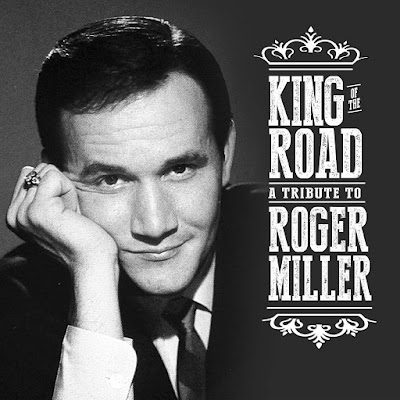 He enlightened us with the hillbilly zen wisdom of avoiding rollerskating in a buffalo herd. He introduced us to the concept of “maple surple.” He struck an early blow in support of transgender people with his song “My Uncle Used to Love Me But She Died.” Growing up in Oklahoma, Roger Miller was a member of my Holy Okie Boyhood Heroes Trilogy, along with Mickey Mantle and Leroy Gordon Cooper.

“My name is Roger Miller, probably one of the greatest songwriters to ever live … I have written a few songs, probably eight or 900 in my professional career, and we’d like to do about 700 or 750 here tonight.”

That’s a little Miller stage banter that kicks off the new various artists tribute album, King of the Road: A Tribute to Roger Miller. It’s true that most tribute albums suck the warts. But partly because Miller really was one of the greatest songwriters to ever live — and partly because of the caliber of the talent that producer (and Roger’s son) Dean Miller has wrangled for this project — nearly every track is a winner. The songs capture Roger’s wide emotional range: the funny tunes, the cool anthems, the honky-tonk stompers, the surprisingly powerful heartache songs.

Among the various artists here are classic country cronies of Miller’s, a few current commercial country singers, a couple who fall into the basket called “Americana,” and some truly offbeat but enjoyable choices, including Ringo Starr, actor John Goodman, and alt-rock bands like Cake and Toad the Wet Sprocket. And here’s the news: Huey Lewis sings “Chug-a-Lug,” backed by Asleep at the Wheel, and does a credible job.

There are several artists here I’d never heard of, and I consider some of them to be important discoveries. For instance, the female-fronted band Flatt Lonesome does a stunning bluegrass cover of “When Two Worlds Collide.” And Lily Meola, who I don’t believe had ever graced my eardrums before, sings a soulful take on a little-known Miller song called “I’ll Pick Up My Heart and Go Home.”

I haven’t heard all 900 of Roger’s songs — probably only 650-675 of them — but I’ve heard enough to realize that for every Miller that makes you chuckle, there’s at least one that’ll rip out your heart and stomp on it.

And even though songs like “Dang Me” and “Chug-a-Lug” are what first drew me to Miller, it’s those sad ones that made me stay. Many or most of them were written back when Miller was a sideman for country stars like Ray Price and Minnie Pearl (!) while writing hits (and occasional misses) for the likes of George Jones, Faron Young, and Jim Reeves — long before he broke out as a solo artist.

Besides those tracks by Flatt Lonesome and Lily Meola, my favorite cry-in-your-beer songs on King of the Road include “The Last Word in Lonesome in Me,” a hit in the mid-’60s for Eddie Arnold and sung here by Dolly Parton and Alison Krauss; “You Oughta Be Here With Me,” sung as a medley with “I’ve Been a Long Time Leaving” performed by Krauss with The Cox Family; Loretta Lynn’s heart-stopping version of “Half a Mind”; “World So Full of Love” by Rodney Crowell.

And at this writing, my favorite song on the whole double-album, “Lock, Stock, and Teardrops” sung by Mandy Barnett. It’s slow, a little jazzy, and a lot countrypolitan. Every time I hear it, the song conjures an image of Roger and Patsy Cline smiling down on me from Hillbilly Heaven as Miller reflects, “We could have left it in a lot worse hands.” 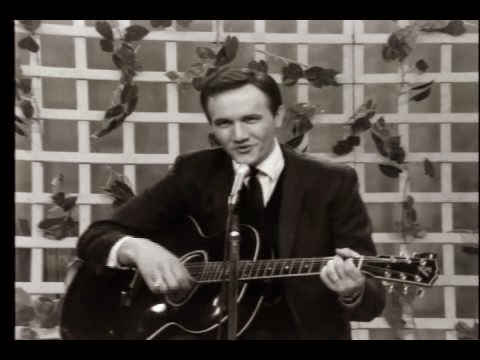 There also are many notable upbeat songs on King of the Road. Dean Miller, backed by The McCrary Sisters, turns his dad’s “You Can’t Do Me This Way” into a soulful romp. Kacey Musgraves’ contribution, “Kansas City Star,” concerns a local celebrity who believes that big fish often do better in small ponds, even if you have to decline more money, all expenses paid, and a car.

Dwight Yoakam sings a tune he co-wrote with Miller, “It Only Hurts Me When I Cry.” John Goodman, who appeared in Miller’s 1985 Broadway musical Big River, sings — or, actually rants — the song “Guv’ment,” which he performed in that production.

And now, here’s the conventional part of a tribute album review in which the critic whines, “But they left out one of my favorite songs.”

That omission aside, Miller fans should love this album. It was put together by folks who loved Miller and his musical legacy. But unlike many tribute albums, before King of the Road can get too close to being overly sentimental, an interspersed, irreverent sound clip of Miller onstage brings it back to ground.

Hopefully this album will attract new fans who can enjoy discovering the source material.

O.K., enough of my yack: Here are some videos.

First, a promo video for this album:

Hello Dolly (and Allison too):